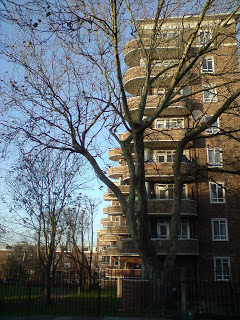 “Those who walk see most”

It was my co-host Nick Papadimitriou who introduced me to the expression ‘to do a Clunn’ in an email back in 2006. Nick did a no-show that night as I and three friends (including the redoubtable Peter Knapp) used Harol P. Clunn’s The Face of London (1932) to guide us from the Black Friar pub at one end of the bridge it lent its name to, along Queen Victoria Street finishing in the East End.

Clunn’s weighty tome is an exhaustive survey of London and its environs – probably the most comprehensive compendium of the city covered in this series exploring the world of early C20th topographical walking books. Clunn was a strident spokesman for the pedestrian – chronicling the gradual alienation of the walker from the streets to the designated walkways.

But unlike say SPB Mais or Gordon S Maxwell, Clunn is no poetic quasi-mystic, he is very much a scribe of the capital’s institutions and its worthies; as Nick observed looking down on the shimmering street-lit city, Clunn would have been the ideal guide for visiting dignitaries to London, proudly extolling the greatness of the colonial metropolis.

The walks in this book are epic – particularly for city perambulations which seem to peek at around six miles. Clunn’s measure more in the 10-15 bracket taking unlikely detours to extend what would be an otherwise moderate stroll. We baulked at this and decided to truncated his walk from City Road to Hampstead and back to St.Pancras to take in Highbury to Highgate – justifying it on the grounds that it had better rhythmic qualities for the radio.

I got lost in the graffiti of personal memory that decorates Highbury Fields and Barn for me. I lived here for a couple of years in the late 90’s in a tiny basement flat. Nick kindly indulged this and in return I offered up a few bits of local history that I’d gleaned from a pamphlet about the Highbury Barn pleasure gardens, which up till the mid-C19th had been a choice attraction for city day-trippers to sample operettas, eat cakes dipped in cream, custards, and syllabubs.

reading by Heidi Lapaine from The Northern Heights of London – Hampstead, Highgate, Muswell Hill, Hornsey and Islington by William Howitt, published in 1869

We pushed on and drunk in the view of the geological infrastructure of the northern heights laid bare as we stood on the corner of Aubert Park. For the first time I saw how Holloway sat deep in a river gully between what I think Nick would call the Hampstead masif and hills of Islington.

We achieved Stroud Green Road by dusk and supped tea in a cafe where Nick bemused a music teacher writing his journals with what must have seemed like an impossible knowledge of C20th English classical music. As we got sucked into the psychic vortex of Crouch End the powerful mythology of that place was debated. There are a perculiar amount of references to the undead round this nut-loaf of a separatist suburb – Will Self’s North London Book of the Dead has Crouch End as a place where you go to live after you die, Shaun of the Dead the great British zombie movie was filmed around here, Stephen King was inspired to write a short story called Crouch End after a walk along the old Northern Heights railway line, in the legend of the Highgate Vampire there is the fantastical story that the vampire moved out of Highgate Cemetery when it got too rowdy and shacked up in a large pile on the corner of Crescent and Avenue Roads, and in the real-world, serial killer Denis Nilsen committed some of his murders in a house on Cranley Gardens and allegedly kept the corpses for company.

By the time we’d got bored mulling this over arguing about whether “murder and the occult was a short-cut to psychogeography”, we had ascended Shepherd’s Hill and were in Highgate. It was deep dark night and cold as a vampire’s kiss so we repaired to the Ye Olde Gatehouse pub, a place that legendary local author David Farrant claims is haunted. Sadly looks as if all the ghosts have re-located to Crouch End.

Last in the series of Ventures and Adventures