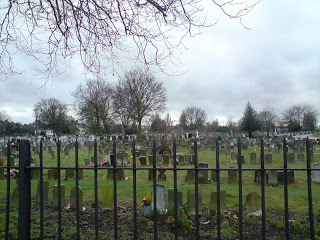 Turn off Cathall Road into Hollydown Way taking in the view across St. Patrick’s Cemetery towards the cranes of Stratford. Iain Sinclair made this journey in reverse in Lights Out For the Territory describing St. Pat’s as “that slumberland development with its forest of white statues”. The eastern gates are padlocked as they were when Sinclair passed by, so I continue. 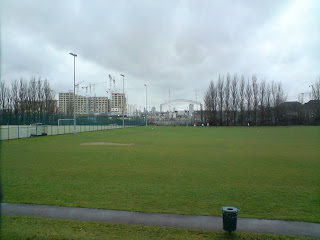 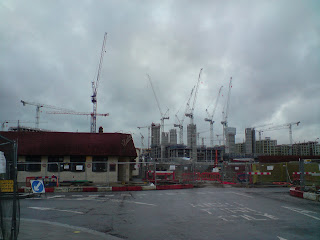 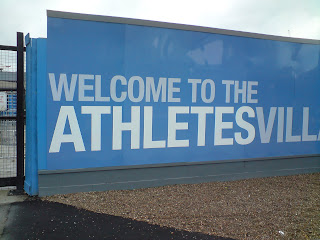 I still can’t get my head around the idea that the Olympic Village is going to be down on Angel Lane Stratford. Will we find pole-vaulters popping over the road for a pint in the Railway Tavern.

Beguiling video on the Guardian website following a collaboration between Iain Sinclair, Alan Moore with artists and musicians at Aldeburgh inspired by JB Priestly’s 1933 book
Watch it here