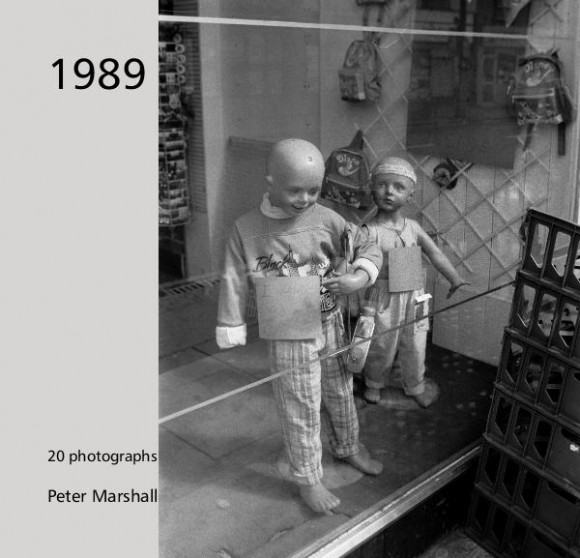 I saw some of the brilliant photos from this book when Peter Marshall did a presentation at Invisible Cities. They really resonated with me as that was the year I first moved to London as a scruff-bag student.
Here’s the blurb for the book:
‘1989’ claims to be Chapter 1 of a book based on the notes made by the photographer on a walk through the streets of northeast London with a well-known author of ‘psycho-geographical’ works.
But the author is entirely fictional, and the notes, written in 2005, after his death and sixteen years after the pictures were taken are in part a gentle spoof on psycho-geography but more importantly a reflection on photography and the documentary process.
Peter Marshall has been photographing London since the 1970s and had his first one-person museum show more than 25 years ago. His work is in various collections including the Museum of London.
From 1999-2007 he became known around the world for his critical writing about photography as the ‘About.com’ Photography guide.
He set up his first web site in 1995 and has continued to have a high profile with web sites of his work on the ‘Lea Valley’, ‘London’s Industrial Heritage’, ‘The Buildings of London’ and ‘My London Diary’ as well as the ‘>Re:PHOTO’ blog.

Walk along the River Lea from Rye House to Hertford