Make Your Own Damn Art 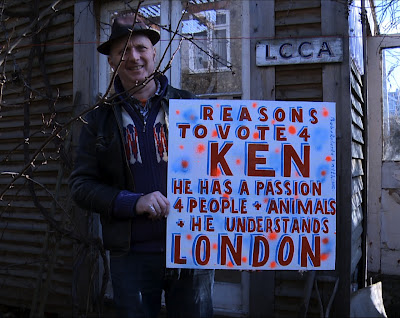 My documentary about fellow-Leytonstonian Bob and Roberta Smith nearly comes home today with a screening at Sugarhouse Studios in Stratford.

This will be the third screening of the film after the East End Film Festival and Portobello Film Festival. Doing the two previous introductions to the film and a Q&A has made be remember that the film really began life on this blog.

As I researched the area I came across the Leytonstone Centre for Contemporary Art and Bob’s work and wanted to find out more. If you click on the tags below you’ll be able to follow the evolution of the project.