Down the Hackney Cut 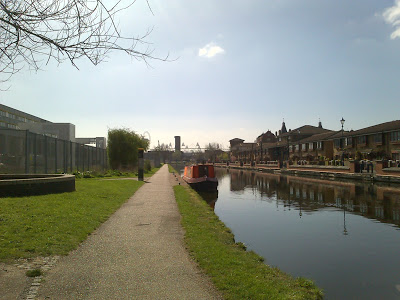 With the sun finally out I set off walking West and got sidetracked by the Hackney Cut/ Lee Navigation. 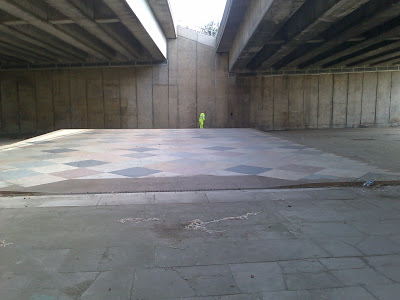 Part of the Olympic legacy seems to be to get rid of every trace of graffiti they can reach. The walls are now being coated with a paint resistant chemical that looks like hardened slime. 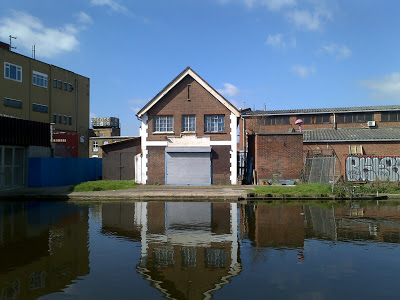 I chatted to some engineers who said they are building a tunnel under the Cut for a new tube line running into Pudding Mill Lane. I think he meant Cross Rail. 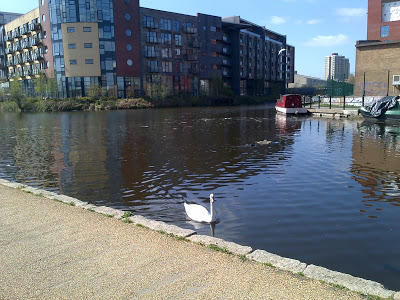 This swan near the entrance to the Hertford Union Canal made me think of Andrew Kotting in his swan-shaped pedalo as he arrived at the end of the journey he’d made with Iain Sinclair from Hastings in the film Swandown. 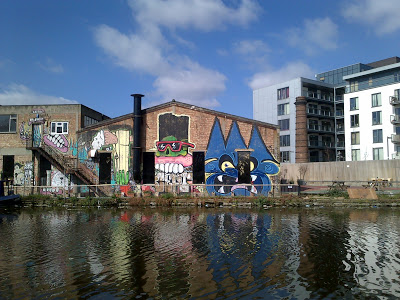 It’s difficult to tell if this is part of the new ‘sanctioned’ graffiti or not – but it looked nice reflected in the water. 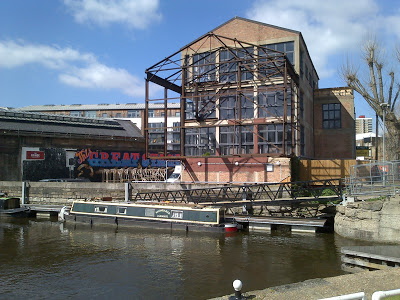 During the Olympics the Fringe at Swan Wharf was a £90/day pop-up private members club – looked very quiet today. 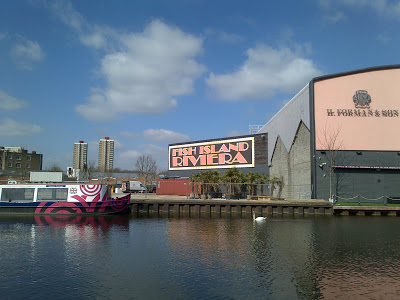 Well it’s definitely Fish Island, the Riviera needs a bit of work. According to wikipedia it’s “home to one of Europe’s largest growing creative communities”. 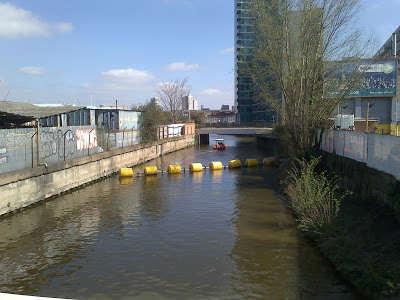 At the Bow Flyover I looped back to the Wick and had a lovely pint of Citra Ale brewed on-site at the Crate Brewery. That was a bit more like a Riviera.


Iain Sinclair on Newsnight 30.09.05 talking about Edge of the Orison

A walk around the London Olympic Park, Stratford (2018)