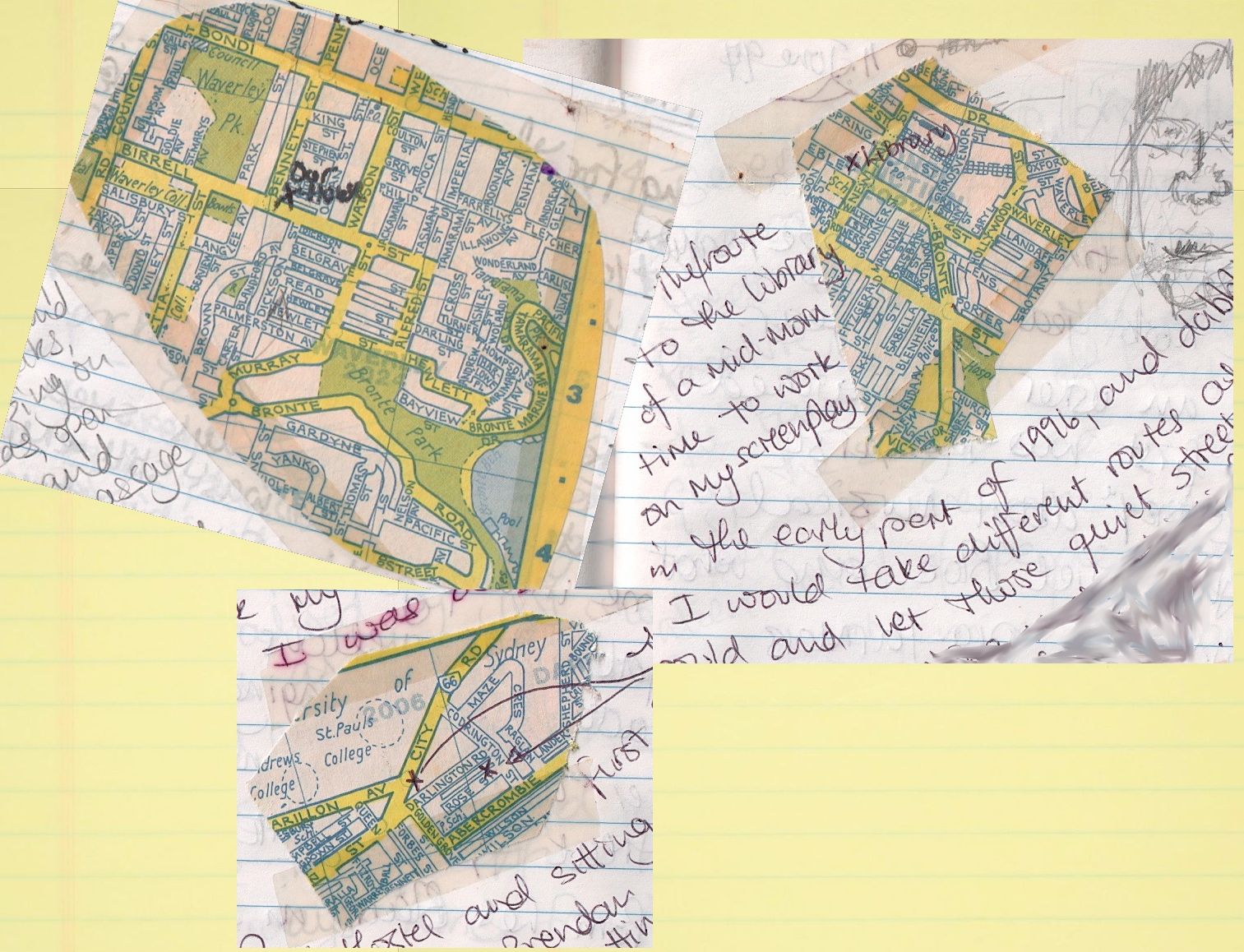 The publication of This Other London in Australia today made me think of these maps that I stuck in my journal when I was preparing to leave Sydney in 1997 after 2-and-a-half years. They show some of the streets that played a significant part in my life in Sydney, the places I’d lived, the various routes I took up to the library at Bondi Junction where I used the computers to write a screenplay set in a Hackney squat.

I haven’t been back to Sydney for over 10 years now but mentally I still take a wander along those lanes between Tamarama and Bronte then up to Charing Cross and back to the Waverley Oval.