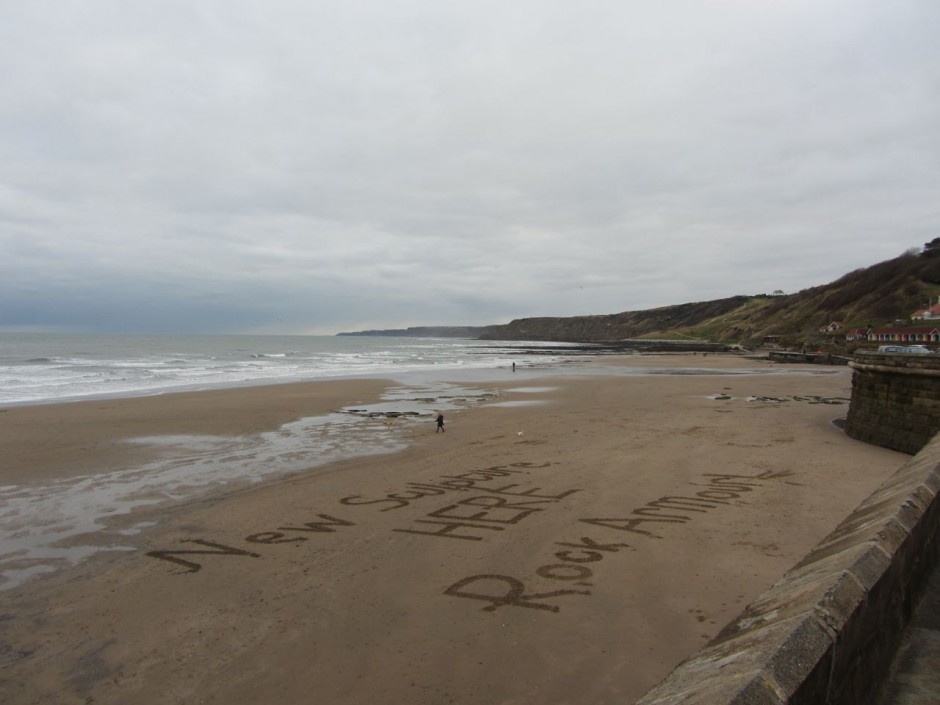 Headed up to Scarborough at the weekend for the inaugural Art Party Conference organised by Bob and Roberta Smith and Crescent Arts. 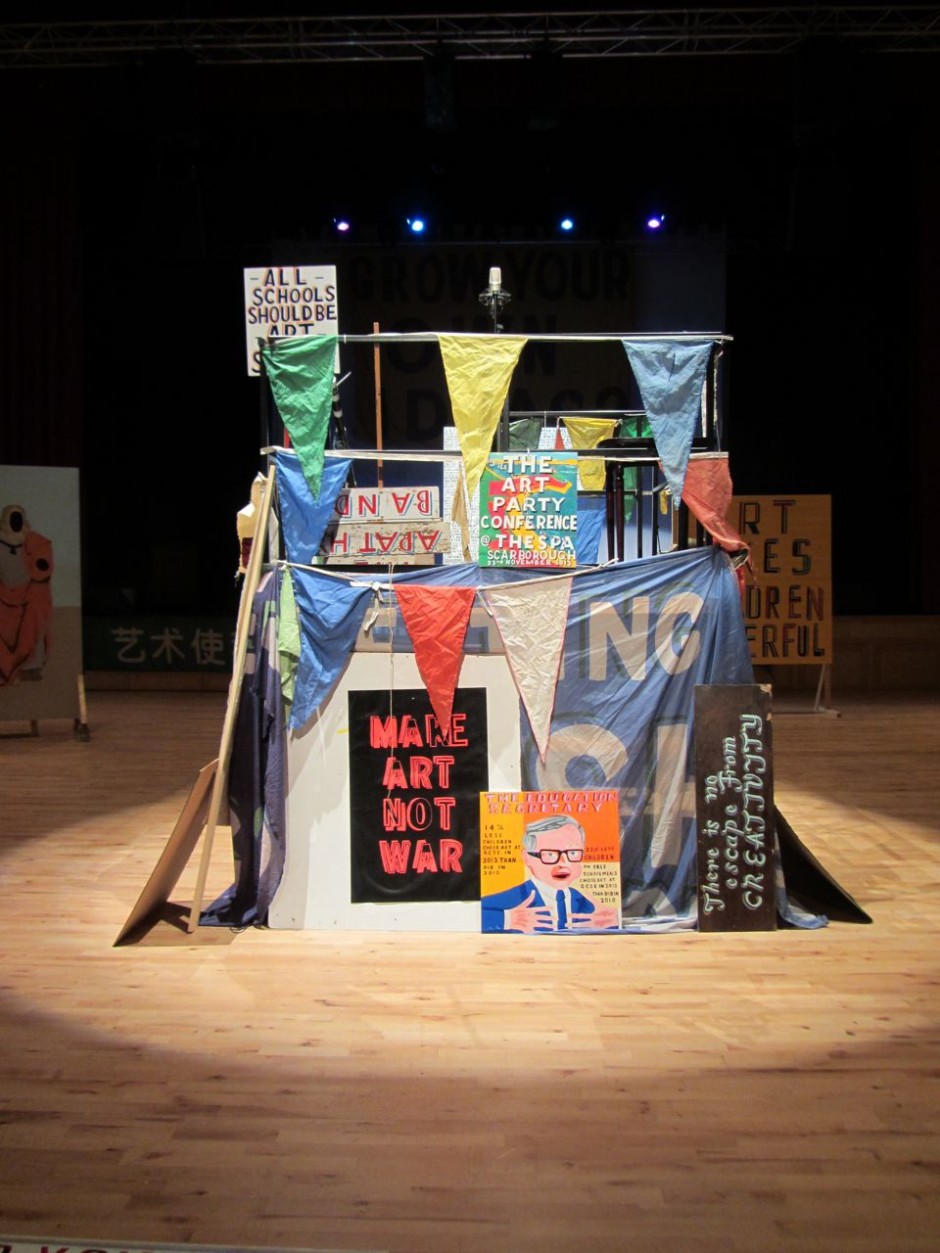 I’ve been to Labour Party Conference a few times and performed my satirical comedy show The Soapbox Cabaret on two occasions – but as soon as I stepped inside the Spa at Scarborough it was apparent that the Art Party Conference would be a world away from the murky world of block votes and corporate lobbying. 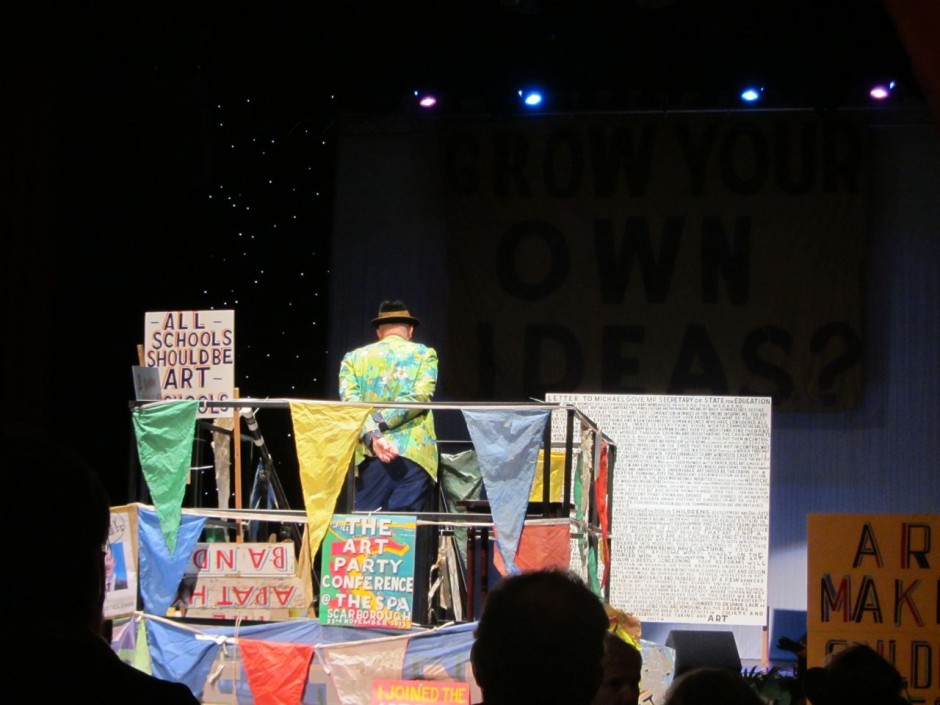 The target was clear – Tory hateboy Michael Gove, the man with a mission to remove art from education, and erase the cultural memory of the nation. Where Thatcher was the ‘milk snatcher’ Gove is the ‘crayon grabber’.

Bob and Roberta Smith read out his impassioned letter to Michael Gove making the case for the importance of art in education. 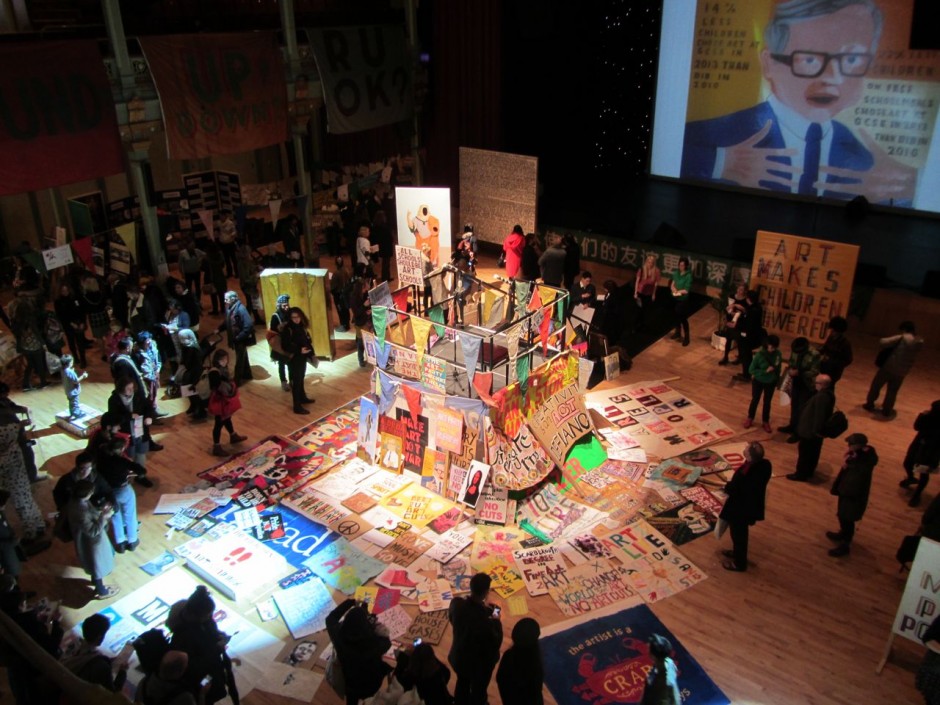 Artists had come from far and wide to rally to the cause, show their work and generally have a bit of a laugh in the bracing North Yorkshire air. I was there to present my documentary about Bob – Make Your Own Damn Art, a film that focuses on the humorous polemical campaigning heart of Bob’s work. 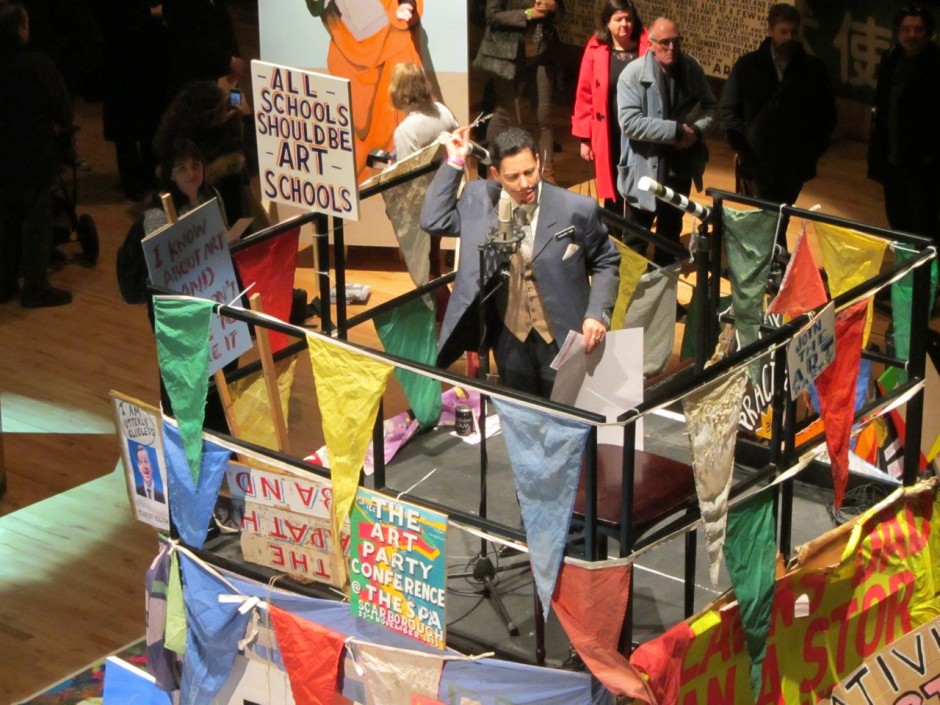 There was a great programme of films shown in the splendour of the Spa Theatre, a space more accustomed to vaudeville than artist film and video. Amongst the films there was Cornelia Parker’s Chomskian Abstract, Ian Bourn’s zen meditation on the cockney staple Black, Green and White – the way of the pie, and a John Smith programme that featured the world premiere of another of his hotel diary films, Demo Tape, as well as classics such as OM and Gargantuan.

Apparently Michael Gove was seen walking out into the sea the next day in his pants before disappearing beneath the waves.