I recorded this video on a walk in Epping Forest last November – ruminating of the idea of urban druidry. I’d just bought Living Druidry by Emma Restall Orr – I’ve been toying with the idea of doing a Druidry correspondence course for years, initially tickled that such a thing was even possible but then increasingly drawn into the idea of connecting with some form of environment based faith system (you can put that down to impending middle age if you like). But every time I dip my toe in the pagan pond it always turns up ethereal folk swanning around in Wiltshire or somewhere similarly scenic and Arthurian. 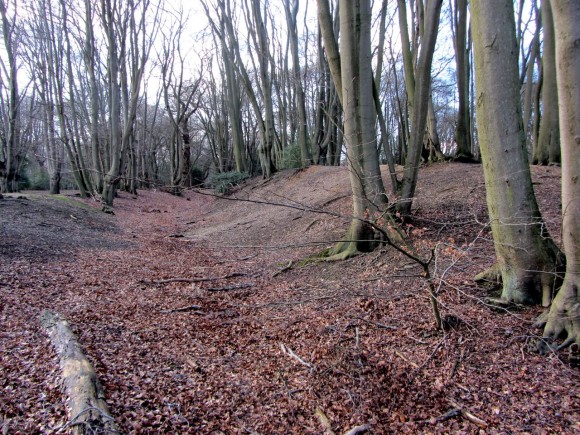 Well for me there is nothing more Arthurian than Epping Forest – one of the candidates for the real King Arthur was knocking around these parts, Ambrosius Aurelianus, who re-fortified Ambresbury Banks up near Theydon Bois. But getting away from supposed previous Golden Ages why can’t druidry be just as relevant to a dirty old city like London as to the chalk downlands and sweeping green hills.

In my mind though, when I entertain the idea the Urban Druid it looks as if it would be to druidry what Tony Hancock’s artist was to the art world in The Rebel.

The sound of: Uxenden Hill at twilight