This morning Blur crooner and Gorillaz cartoon frontman, Damon Albarn returned to the house in Fillebrook Road, Leytonstone where he lived till he was 10 to unveil a Blue Plaque. 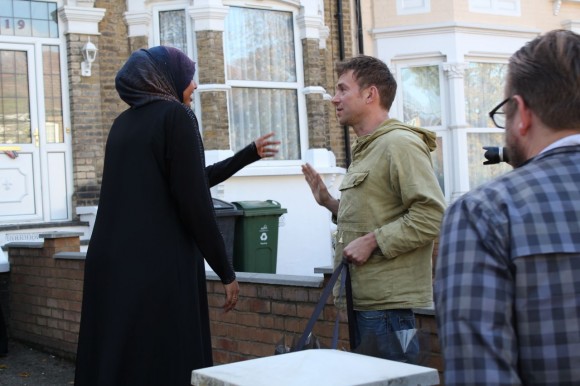 Albarn referenced Leytonstone in his recent album, Everyday Robots, most notably with the track Hollow Ponds. 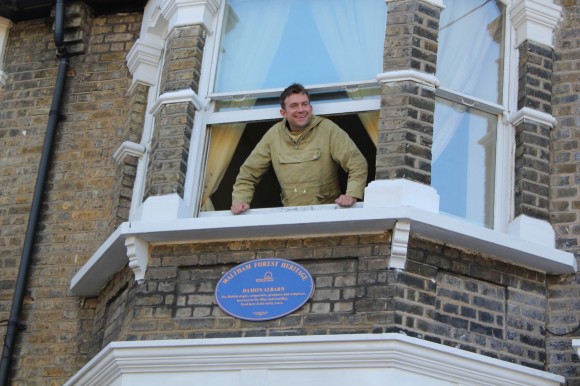 He also returned to the area to perform surprise gigs at Leytonstone Library and the The Red Lion. 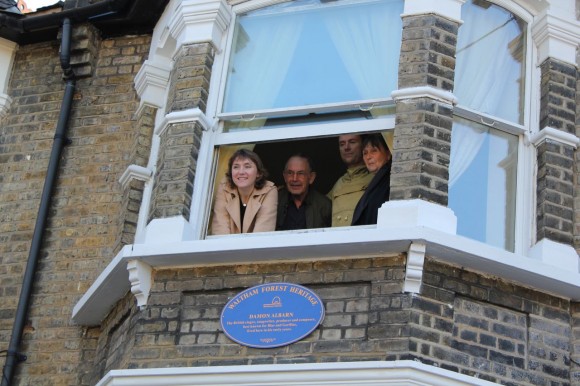 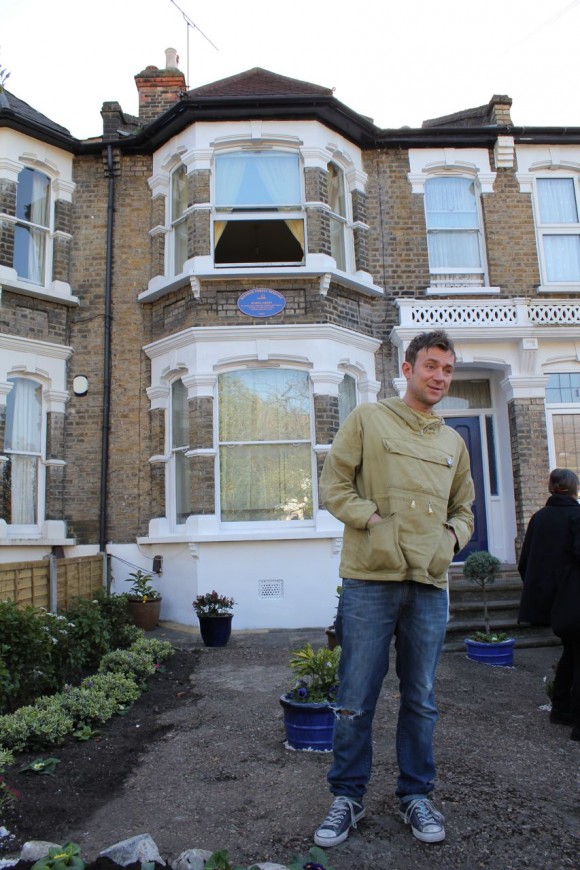 Damon reminisced about seeing herds of cows wandering along Fillebrook Road on their way to graze on Wanstead Flats. 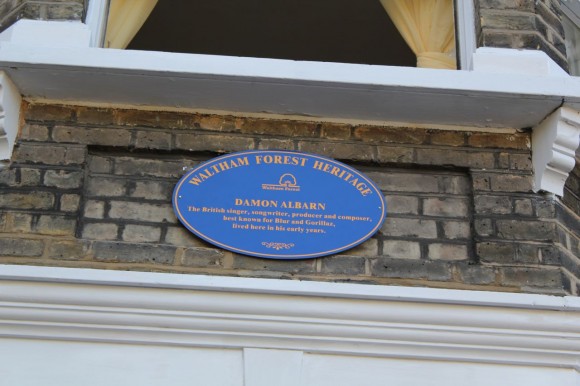 He offered to support the Save the Heathcote campaign, his Dad having frequented the pub in his Leytonstone years. 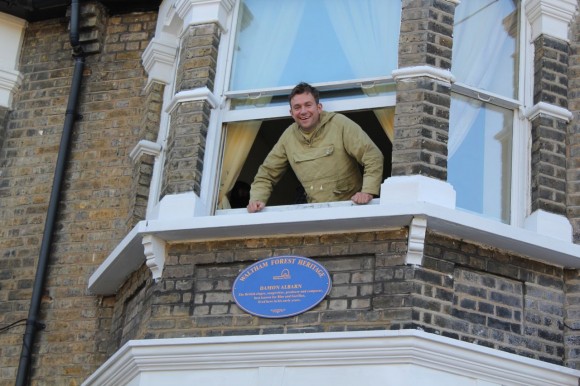 London – City of the God of Light?

Walk along the Philly Brook (Fillebrook) with the Leytonstone WI

Through the ‘Urethra of London’