Some images from the court hearing of the Focus E15 Mums who were occupying a house on the Carpenters Estate in Stratford in protest over social housing in Newham – and their statement following the verdict below. 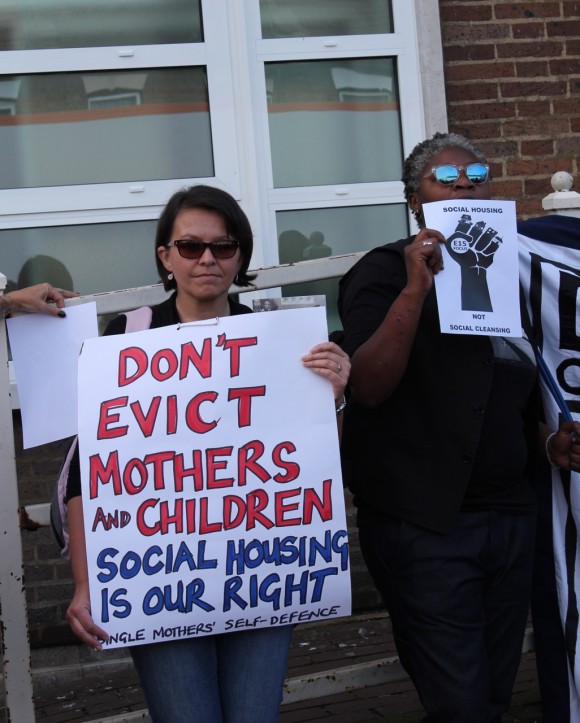 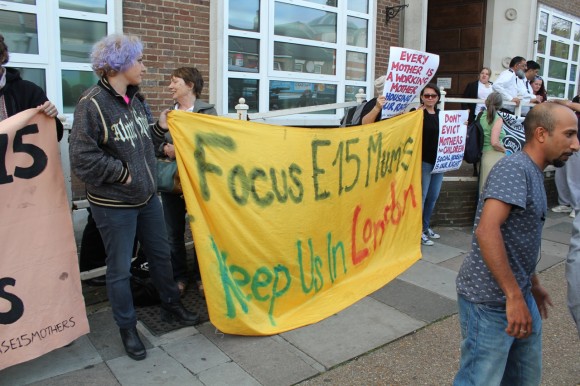 Statement from the Focus E15 Mums:

“We are overwhelmed and grateful for the support and solidarity from both the local and the wider community. Also thank you to Anthony Gold, ITN solicitors and our barrister Lyndsey Johnson. We have decided to leave 80-86 Doran Walk on our own terms by 7th October, as planned. Newham have agreed to this, with no other conditions and have dropped their Interim Possession Order. We have celebrated a year of the E15 campaign, during which we have tried to engage with Newham Council on a number of occasions and they have refused to listen. As a result, our political occupation was the only option to escalate our demands for social housing, not social cleansing. We have reached our goal of highlighting the issue of decent homes left empty on the state and we have built lasing link with the residents and the community. This has be broadcast to millions of people. Ultimately this occupation was never about staying indefinitely, but about our demands to Newham Council. These demands remain and they include: – Repopulating the Carpenter’s Estate with secure council tenancies now – An immediate end to decanting and evictions of existing residents – No demolition of the estate – The management of Carpenters estate by residents and for residents, with no third party or private management involvement We will continue fighting to save council housing and to ensure decent housing for all. This is the beginning of the end of the housing crisis.” 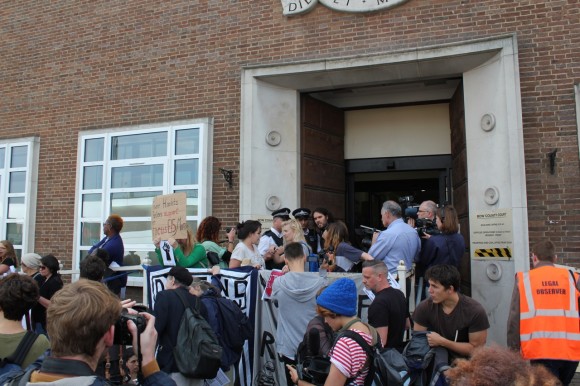 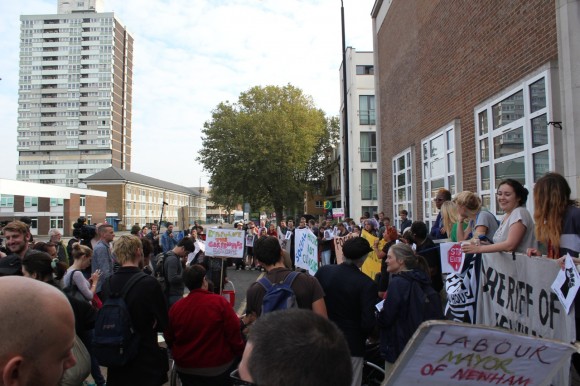 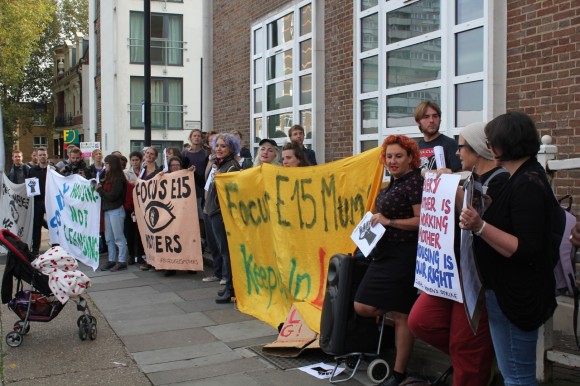 Passageways to the People’s Palace

A Walk through the ancient borough of East Ham