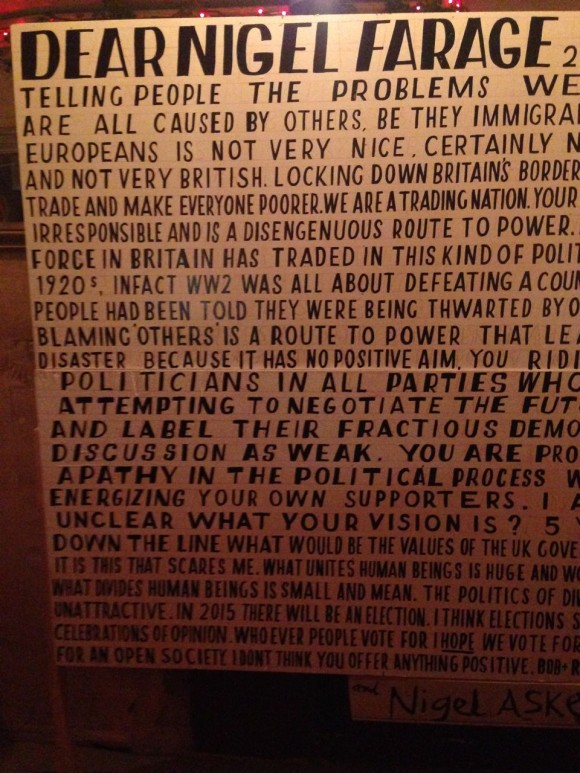 Ramsgate is the frontline of the fightback against UKIP – unavoidable in the Queen Charlotte pub whose landlord is running against Nigel Farage in the 2015 General Election. This painting by Bob and Roberta Smith faces the bar. 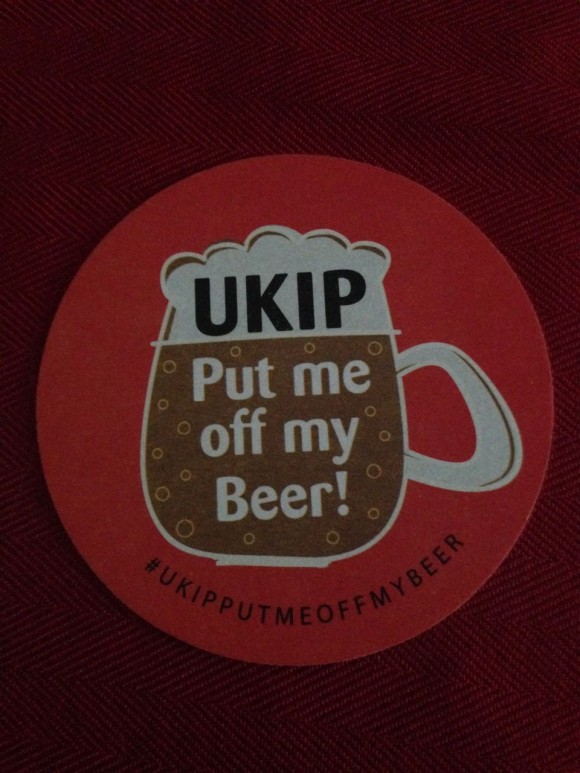 And you plonk your pint of locally brewed Gadd’s ale down on one of these #UKIPPUTMEOFFMYBEER mats. 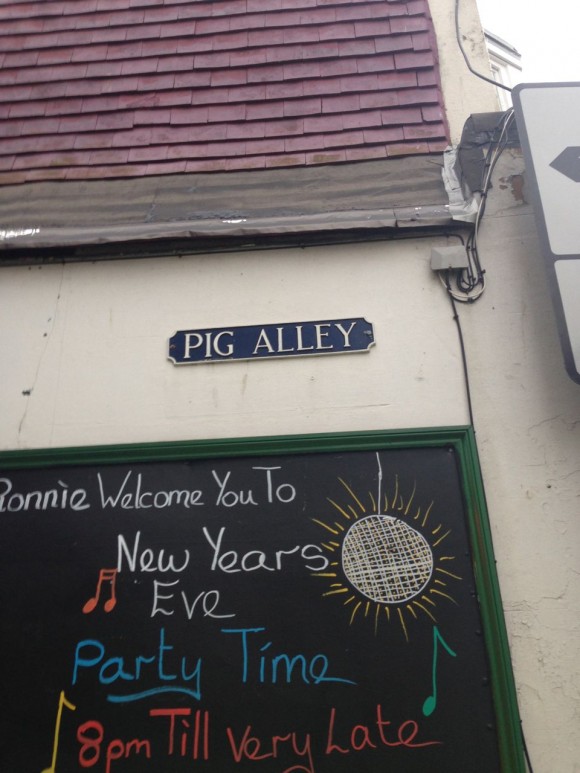 Pig Alley is too much to resist – the town centre is lacerated with narrow passageways – if only Walter Benjamin had made his way to Thanet. 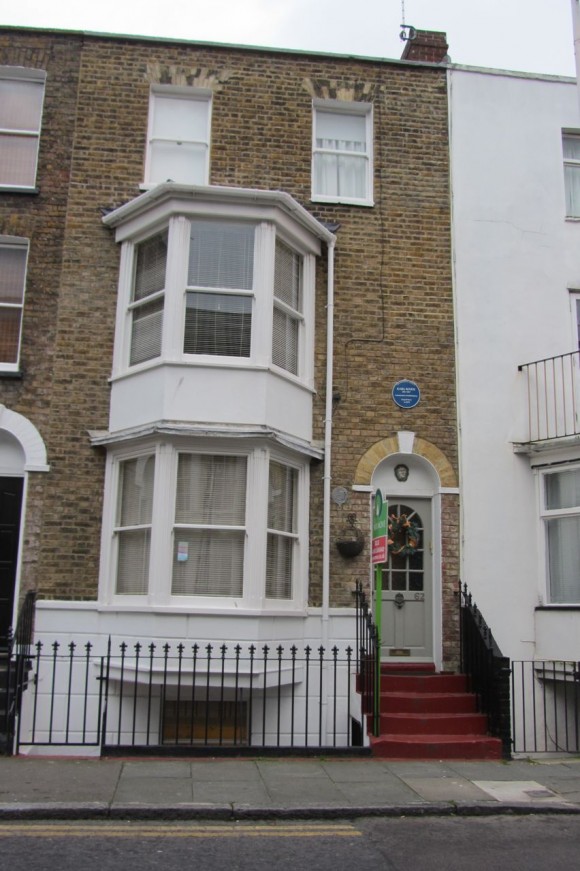 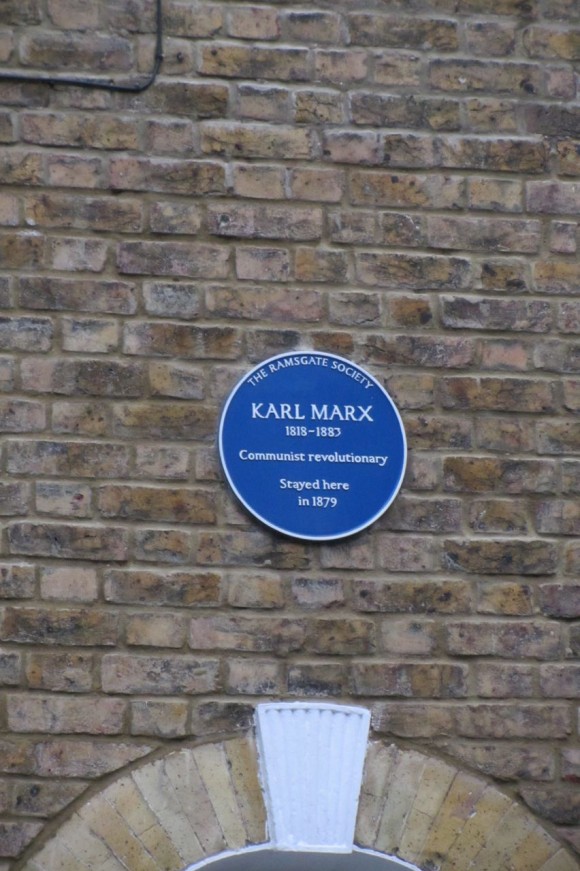 Benjamin could have come to Ramsgate following the footsteps of Karl Marx who stayed in the town in 1879 visting his daughter,  Jenny Longuet Marx who  lived at 6 Artillery Road. 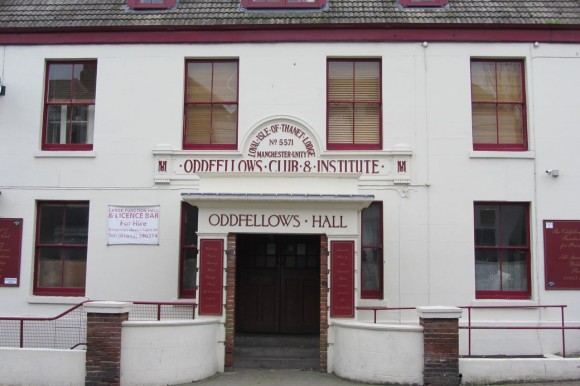 Wonder if Marx ever slipped in the Oddfellows Hall for a pint and heard stories of an eccentric young Dutch painter who was working in the town as a teacher. Vincent Van Gogh used to take off for London on foot, doing the journey in 3 days. 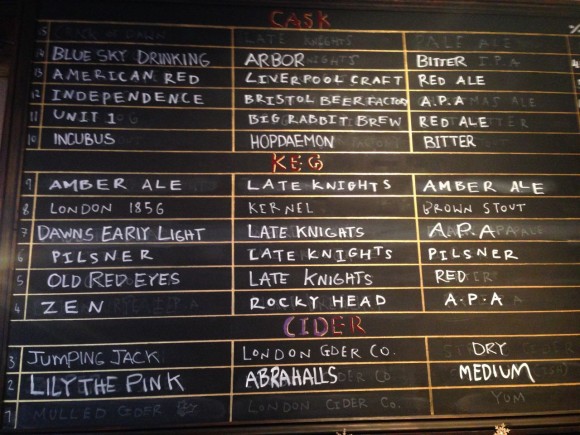 Whatever Ramsgate was once renowned for it’s developing a reputation for its micropubs. This is the selection on offer at the Ravensgate Arms when I dropped in on an Sunday lunchtime. It’s the Ramsgate branch of Penge’s Late Knights brewery, their Dawns Early Light APA going down very well in the heat of an open fire.

Crunching across time at Tilbury

There is something rotten in the London Borough of Barnet