George Orwell and the Walberswick Ghost 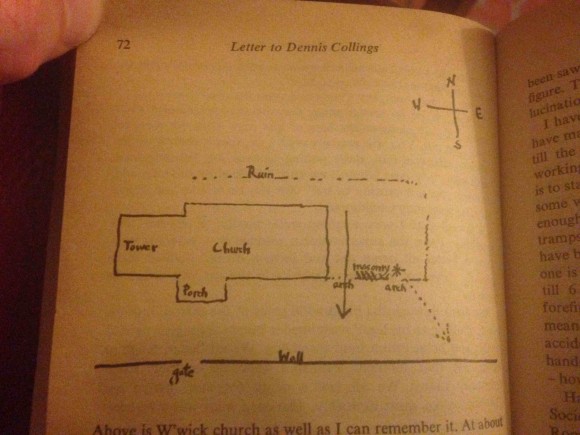 Whilst waiting for a video to render the other day I turned round and took Vol.1 of George Orwell’s Collected Essays and Letters off the shelf and opened it at random on Orwell’s letter to his friend Dennis Collins dated 16th August 1931. The correspondence wasn’t concerned with Orwell’s investigations into the condition of what he refers to as the ‘Lower Classes’ in the letter but ‘a ghost I saw in Walberswick cemetery’.

Collins lived in Southwold where Orwell spent time at his family home, across the River Blyth from the ancient village of Walberswick.  He produced the hand-drawn sketch (above) of Walberswick Churchyard, where the ghost sighting took place, to illustrate the experience which occurred at 5.30pm on 27.7.31 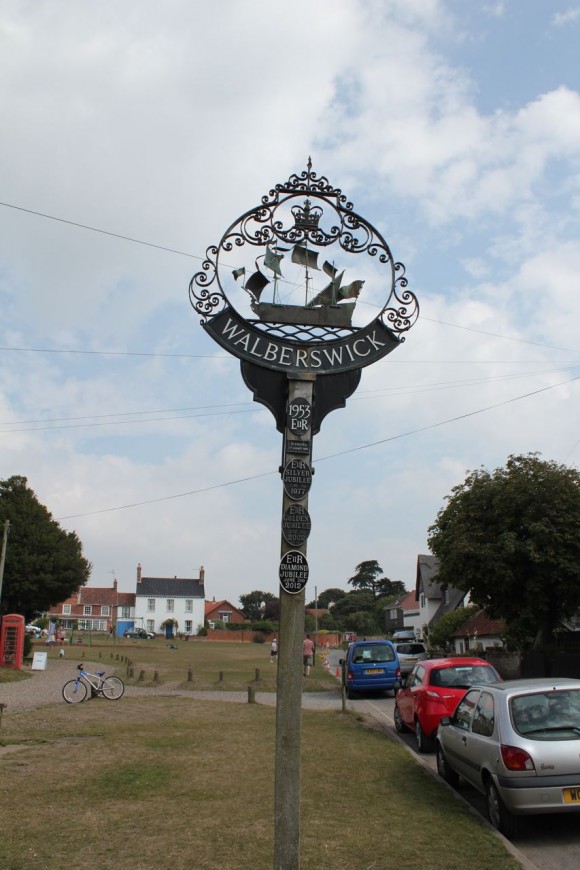 “I was sitting at the spot marked X, looking out in the direction of the dotted arrow. I happened to glance over my shoulder, & saw a figure pass along the line of the other arrow, disappearing behind the masonry & presumably emerging into the churchyard. I wasn’t looking directly at it & so couldn’t make out more than that it was a man’s figure, small & stopping, & dressed in lightish brown; I should have said a workman. I had the impression that it glanced towards me in passing, but I made out nothing of its features. At the moment of its passing I thought nothing, but a few seconds later it struck me that the figure had made no noise, & I followed it out into the churchyard. There was no one in the churchyard, & no one within possible distance along the road – this was about 20 seconds after I had seen it; & in any case there were only 2 people in the road, & neither at all resembled the figure. I looked into the church. The only people there were the vicar, dressed in black, & a workman who, as far as I remember, had been sawing the whole time. In any case he was too tall for the figure. The figure had therefore vanished. Presumably an hallucination.”

He then goes on to talk about making arrangements to go hop picking and the fate of some tramps he’d met.

I’ve always thought of Orwell as such an arch rationalist that it came as a real surprise that he even entertained the notion that what he’d seen was a ghostly apparition.