Selling the soul of our city – the Shell Centre redevelopment

The other week I met up with activist/journalist George Turner outside the High Court as he handed in his appeal papers to continue his legal challenge against the proposed redevelopment of the Shell Centre on the South Bank. This £1.8 billion monstrosity will fundamentally change the iconic skyline of this section of the Thames, overshadowing The Royal Festival Hall, County Hall and dominating the internationally famous view of Big Ben and the Houses of Parliament. And all to build a series of luxury apartment blocks that only accommodate 10% ‘affordable’ housing reserved for old people who be allocated flats on the lower flowers cast in 99.3% shadow by the towers of babel looming above. 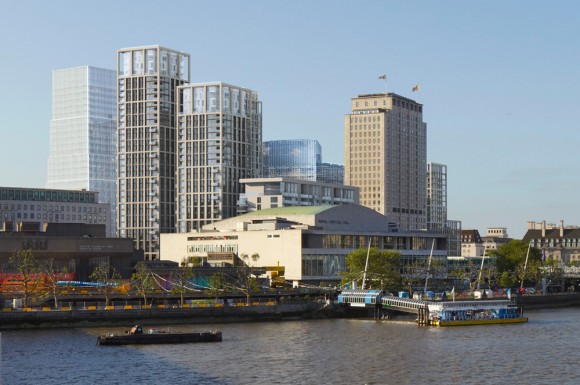 Quite how this has been allowed to go ahead in the centre of London’s cultural district beggars belief. But luckily one person, George Turner, is taking on the combined might of Eric Pickles MP Minister for Communities and Local Government, Canary Wharf Group, the Qatari Royal Family, Shell International, The Mayor of London, and Lambeth Council. Not exactly a fair fight but George is determined to fight till the bitter end.