The quiet majesty of Woolwich Dockyard

When I’d crossed the River at North Woolwich for one of the walks in This Other London I’d opted for the free Ferry so I could feel like Captain Willard on his mission of destiny to encounter Colonel Kurtz – I was bound for the Dartford Salt Marshes via Erith Pier. 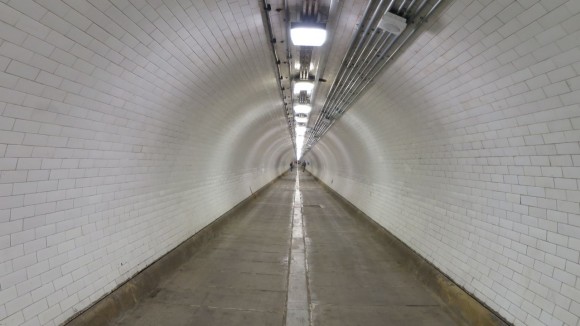 So this time I opted for the Woolwich Foot Tunnel – a 100-year-old passage beneath the sacred Thames, half-a-kilometre long with amazing acoustics bouncing off the white-tiled wall. 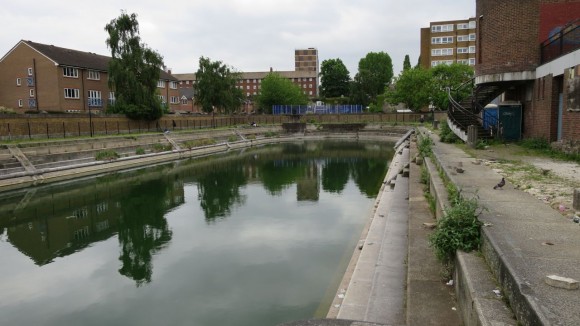 Woolwich Dockyard took me by surprise for such a historically resonate location I was expecting a big heritage fanfare. 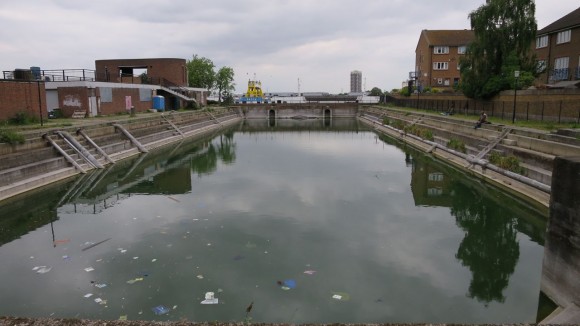 Through a battered wire fence I saw a fella casting his fishing rod into the murky green water and asked him what this place was. “It’s Henry VIII’s old dry docks”, he said and directed me to the entrance around the far side. 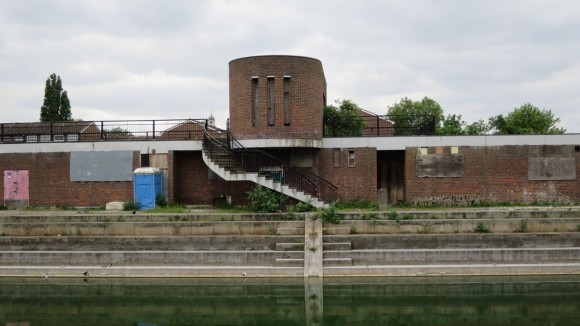 The fine brick buildings of South-East London Aquatic Centre are falling into decay despite being only 35 years old and now serve mainly as a pigeon coop. With the weeds sprouting from the concrete terraces it reminded me of images of abandoned Soviet architecture – modernist wonders reclaimed by the undergrowth. 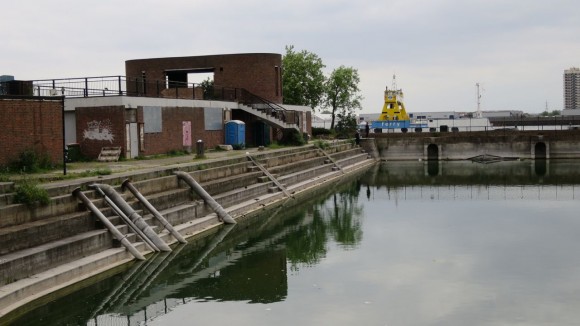 Henry VIII brought shipbuilding to Woolwich and it remained an important naval dockyard till the last ship constructed here, the Thalia, slid down the slipway into the Thames in 1869. 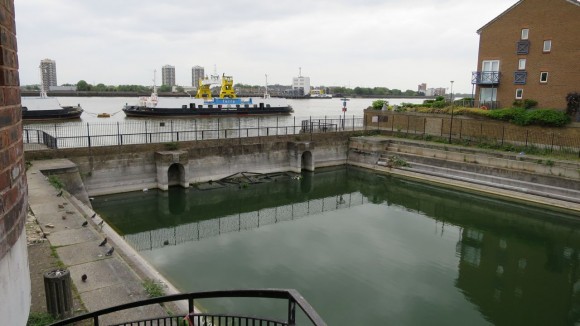 Woolwich was at the heart of England’s seafaring empire. The ships of Sir Francis Drake were launched at Woolwich, as was Charles I’s mighty Golden Devil. Elizabethan explorer Martin Frobisher set sail from here in search of the northwest passage. 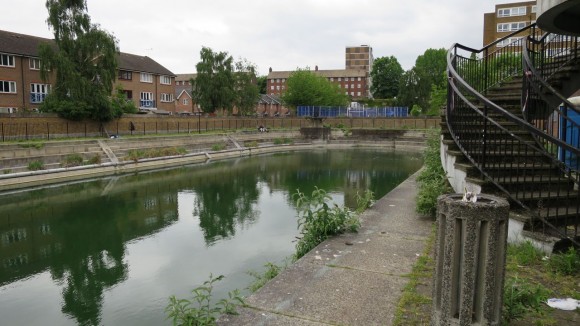 The site has been given listed building status with plans for a new housing development approved in 2012. So get there quick to enjoy it in this state of quiet slumber – places like this in London are a precious resource now.