A corner of Redbridge that will forever be East Ham

I set out bound for Ilford, following Thomas Burke’s dictum that “to go to Ilford is a fool’s act”, but in fact ended up trapped in a curious geographical anachronism. I’ve been fascinated by Aldersbrook ever since moving to Leytonstone – it’s like that beautifully mysterious world behind the garden shed when you’re a kid – a place of dreams but with an uncanny tinge. I dedicated a few pages to it in This Other London when I conned my kids into walking to the far side of Ilford by telling them I was taking them to South Park (which is a beautiful park between Ilford and Loxford as well as a brilliant animated TV show). 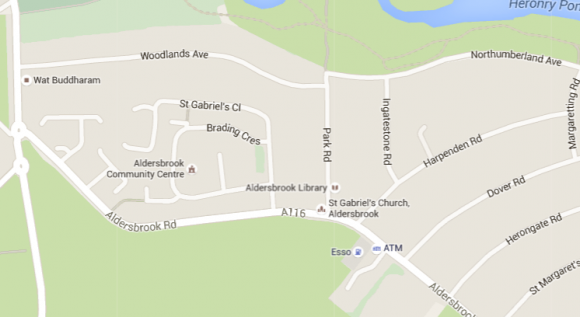 Somehow I had always managed to bypass Brading Crescent and would have done so again if I hadn’t needed some provisions for the push East and noticed the sign for a ‘Convenient’ Store. Must be good to have so confidently deviated from the standard ‘Convenience’ Store. 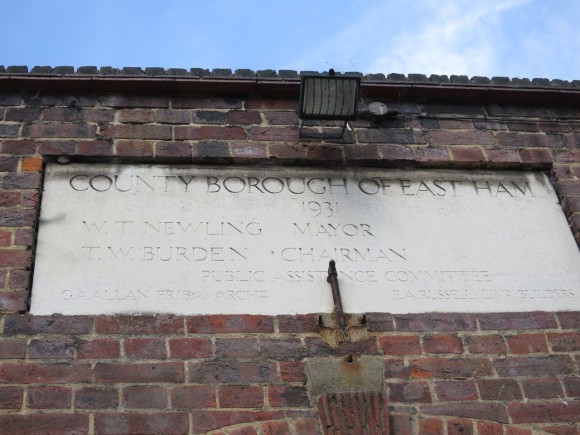 Straight away you are faced with the fine block of flats that at the time I wasn’t sure if they were 80’s mock baronial or part of the original Edwardian Aldersbrook development. It was in fact built as the Aldersbrook Children’s Home in 1910 by West Ham Board of Guardians with each block named after local notables – Lister, Fry, Morris, Hood, and Buxton. It was transferred to East Ham County Borough in 1929 and in the mid-1950’s converted into flats.

The handsome brick community hall in the grounds bears an inscription recording its opening by County Borough of East Ham in 1931 and today it is still confusingly owned by Newham Council despite sitting inside the London Borough of Redbridge.

The Outer Circle – Rambles in Remote London by Thomas Burke (1921)