Cycle dodging along the Lea from Hackney to Ponders End 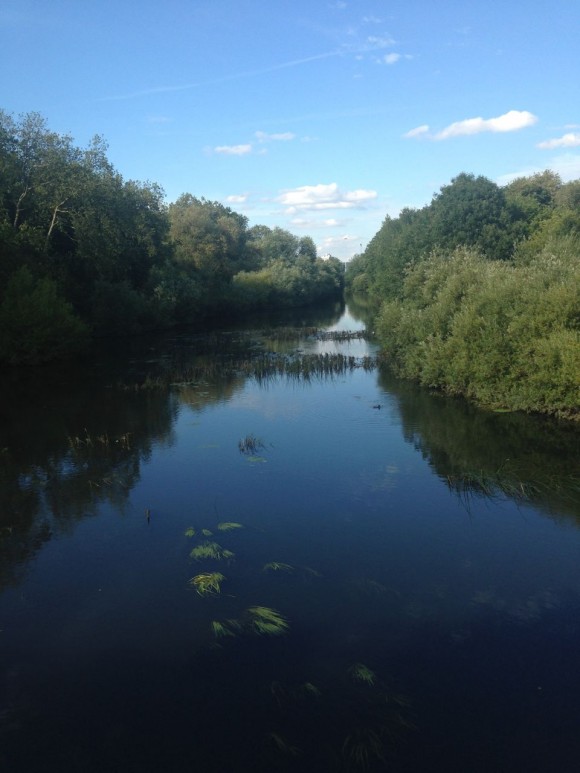 I stood outside Sports Direct at Leyton Mills for too long contemplating buying a cheap bike to help me scoot up the Lea Valley out of London quicker than I’m able to do on foot. In the end the enormity of the move proved too much for me to take in – walking is so fundamental to my being that the idea of taking to  mechanized transport did my head in. 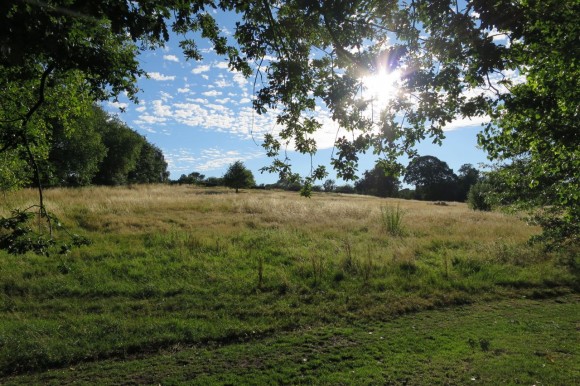 I regretted not taking the leap all the way past the Olympic Park and across Hackney Marshes looking enviously at every bike that I saw scooting along – on one of those machines I’d be half-way to Waltham Abbey by now, I thought.

Ten minutes of being continuously buzzed by cyclists on the towpath at Hackney made me realize that’s no way to drink in the world, it’s too fast. My focus would be taken up by trying to balance on the bike whilst slaloming lumbering pedestrians and double prams rather than the multicoloured reflections on the water. 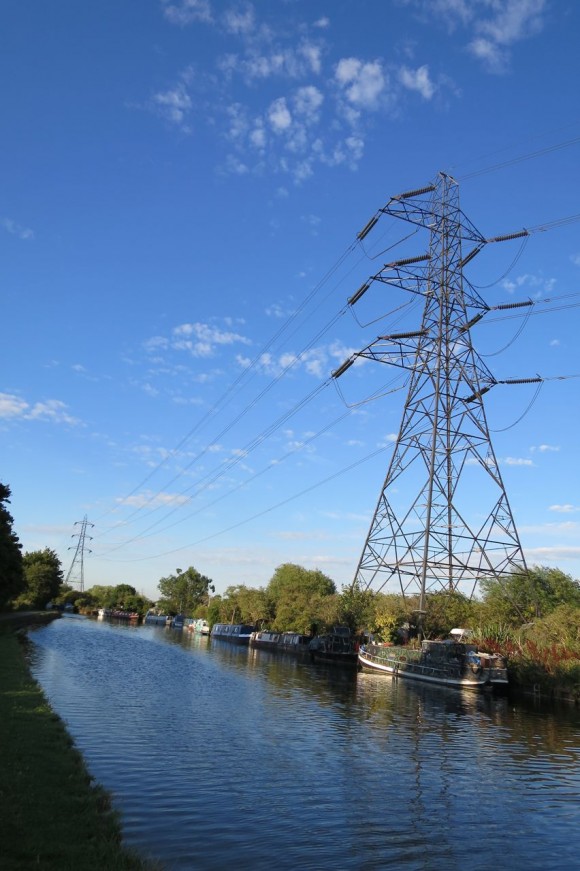 I decided to stick to the Hackney side rather than my usual path over the marshes. The pylons appeared across the water like an old friend. 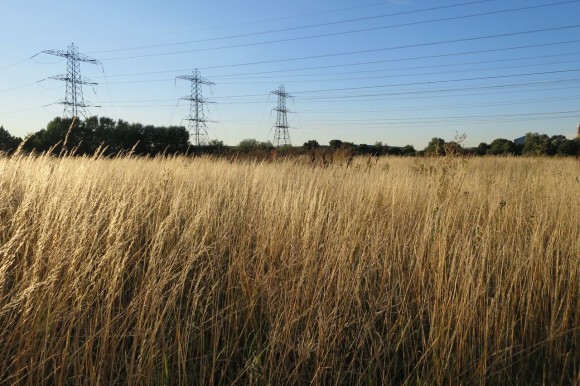 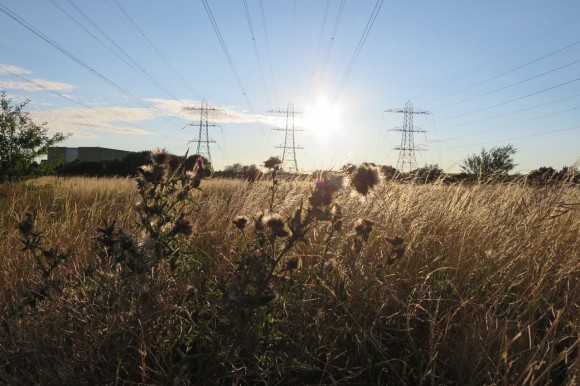 A flying V of geese passed overhead at Tottenham Marshes. The path cleared of people with only a trickle of cyclists. This last burst of daylight along the riverbank as you approach the city limits is priceless. 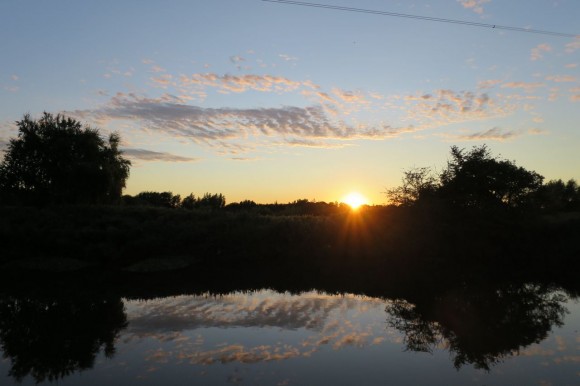 A fox runs across water at Ponders End – scooting over the top of the thick weeds on a culverted channel like a pond skater. The magic of the River Lea.

In the fading light I thought the Harvester at Ponders End would allude me once more – I’m usually still pushing north but fatigue and hunger made the pub sign shimmer like a desert oasis. Doubling back down a dark dusty lane past horse fields I found it in time to slurp a pint on the river bank as the sun went down.