Yesterday I went down to Whitehall to join the protest outside Downing Street against the government’s planned bombing of Syria. The banners seemed more creative than usual. Sure there was the sea of Stop the War ‘Don’t Bomb Syria’ placards and whatever the SWP had on theirs but among the homemade signs I spotted:

‘Bombing for Peace is Like Fucking for Virginity’, referencing a famous anti-Vietnam War placard

‘Whores Against Wars’ – by the English Collective of Prostitutes

‘Who Do You Think You Are Kidding Mr Cameron’ – complete with Dad’s Army style opening title graphics.

‘With Jeremy and John Against War & Trident’, which I liked because of the informality of the use of first names – ‘Jeremy and John’ sounding so much more civilised than ‘Bill and Tony’ who you know are up to no good. 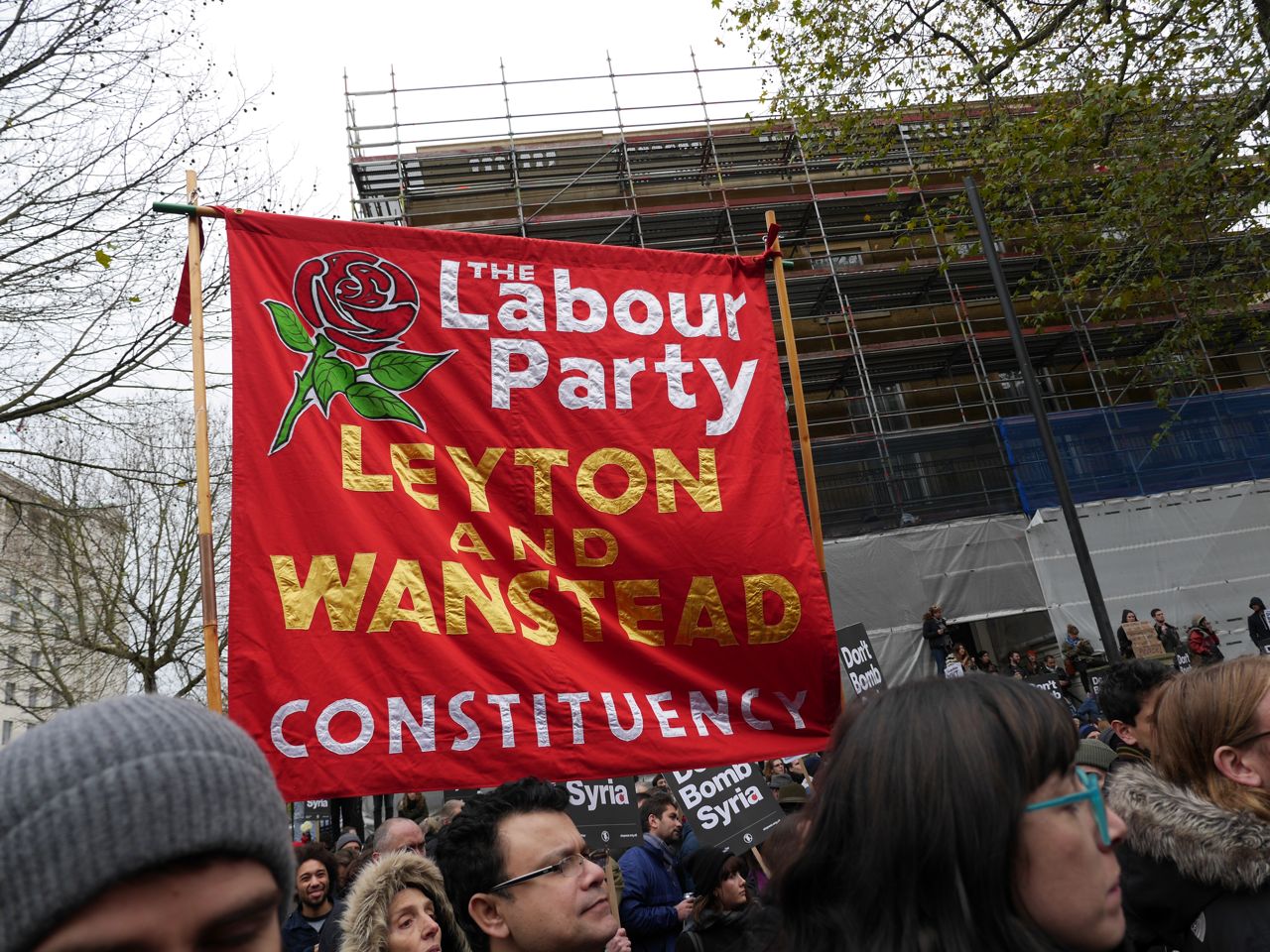 There was a dog called Caspar as well who barked for the camera – or maybe he was barking at the camera but the effect was the same.

Should the government take the issue to a vote in the House of Commons on Wednesday, we’ll be back out there again on Tuesday night.