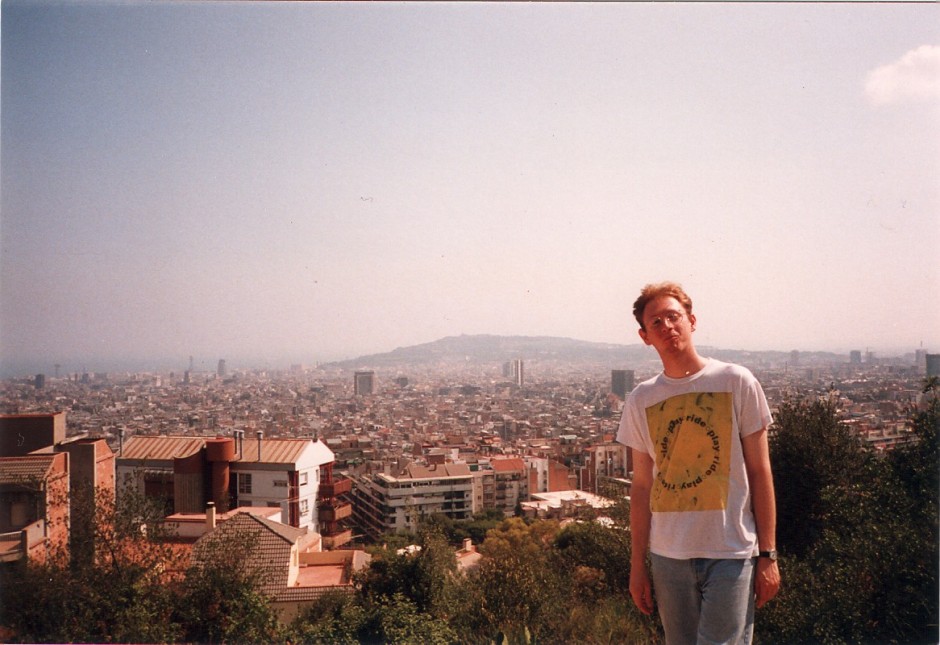 I last visited Barcelona in 1993. There I am in my Ride t-shirt on the hill just above Park Guell. It was a peculiar trip for reasons to banal for a blog but I was staying with a Historian who showed us around some of the Civil War sites. I’d recently studied Orwell’s Homage to Catalonia so that was the my main interest in the city – that and visiting the Nou Camp. 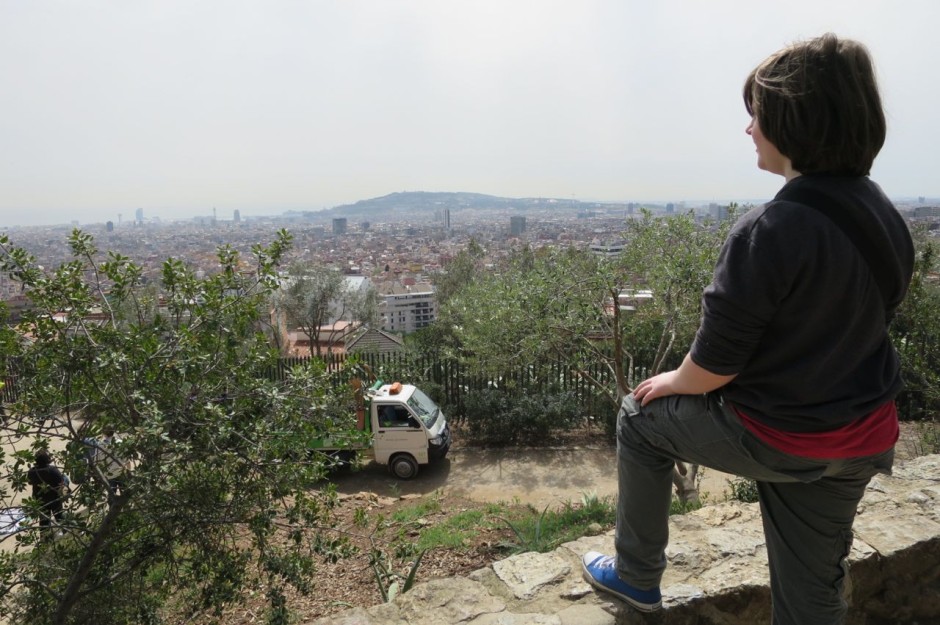 23 years later here’s my eldest son in more or less the same spot (the roof of the house just above the white van can be seen to my left in the photo from 1993). After the trip in ’93 I was due to start an MA at Birkbeck. Upon return to London I deferred my place on the course and in the end used the money I’d saved to pay for my fees to buy a round-the-world plane ticket. I met my wife in Sydney about 18 months later. Our first son was born about 10 years after that trip to Barcelona. 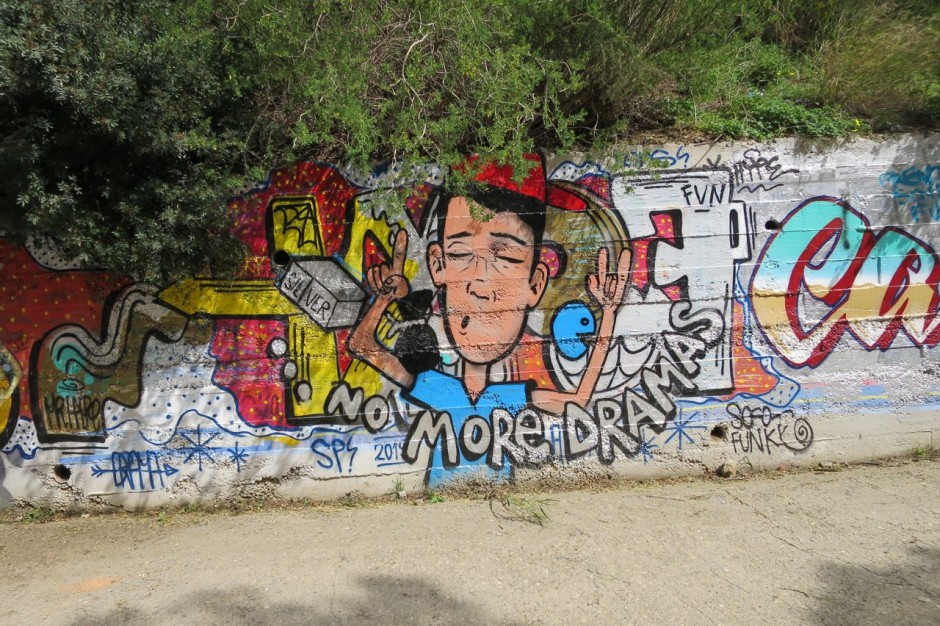 It was my son’s idea to go to Barcelona during the Easter holiday – I just needed to get out of the country somewhere and wanted to take one of the kids with me. He asked for a hotel by the beach with wifi in the room. I didn’t hold out great hopes for extensive sightseeing so was glad when he suggested going to look for the ‘Gaudi Park’ – Park Guell. 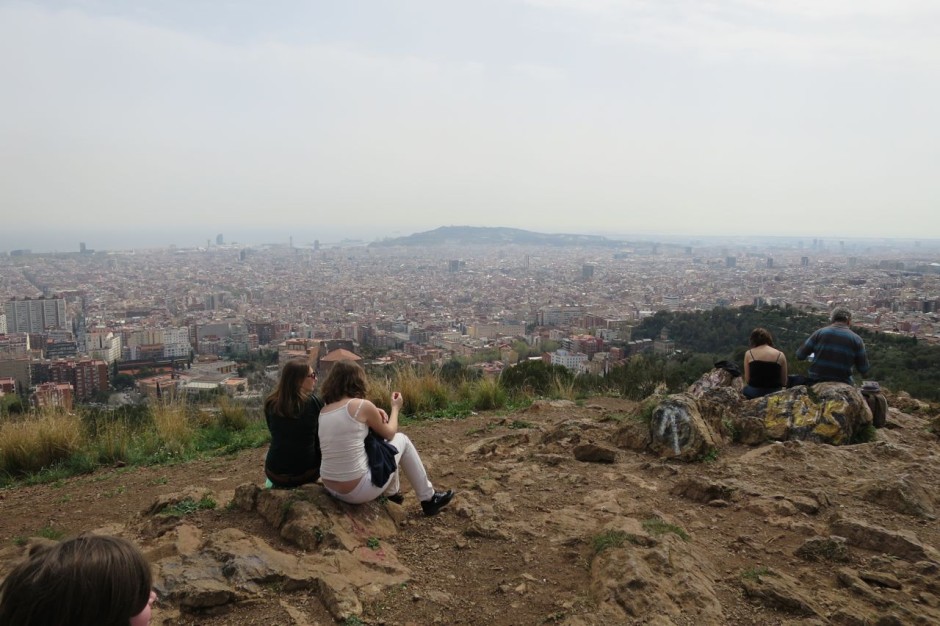 We had to wait 6 hours to get into the Gaudi bit of the park so my son suggested climbing to the top of El Carmel Hill. As we got higher and higher with each view surpassing the previous one it occurred to me that I hadn’t been this high up when I’d visited all those years ago – I wonder why not. But back then you just strolled into Park Guell, no queues and very few people inside the park. 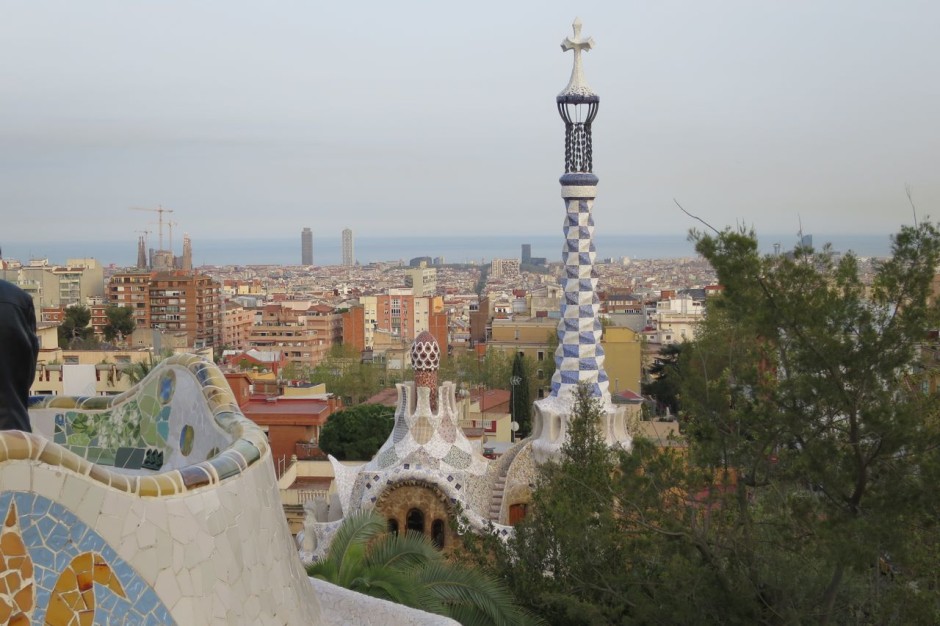 Despite his astonishing achievements as an architect it’s sad that Gaudi’s most prominent biographical note is that when he was run over and killed outside his great work of the Sagrada Familia none of the passers-by recognised the iconic shaper of their city. That’s a bit rough on Gaudi – how many architects today would get recognised lying dead in the street? 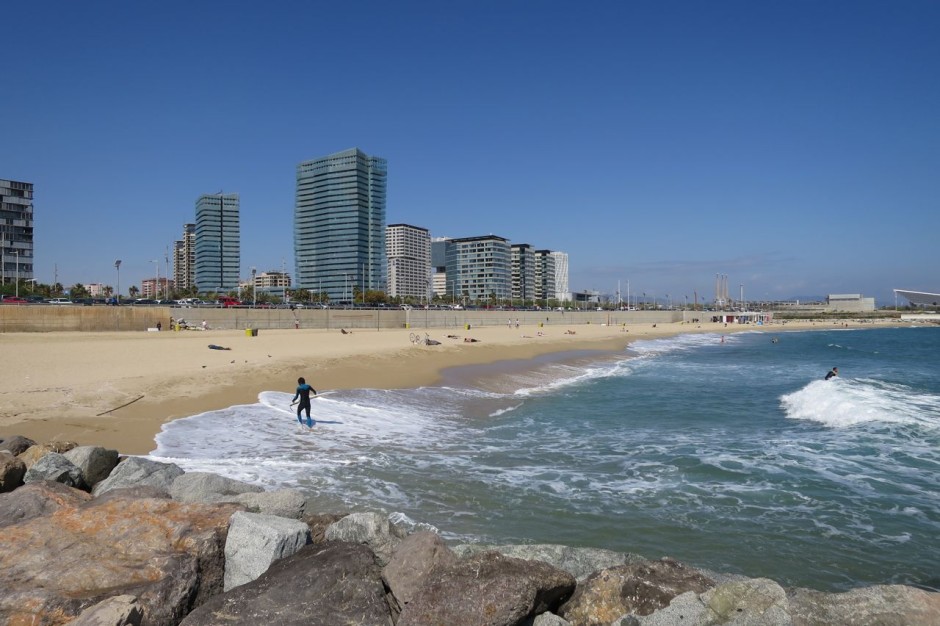 Watching the surfers at Bogatell Beach reminded me of Sydney – a real urban beach where people step out from their daily life to catch a wave or two or lie and soak up some rays. 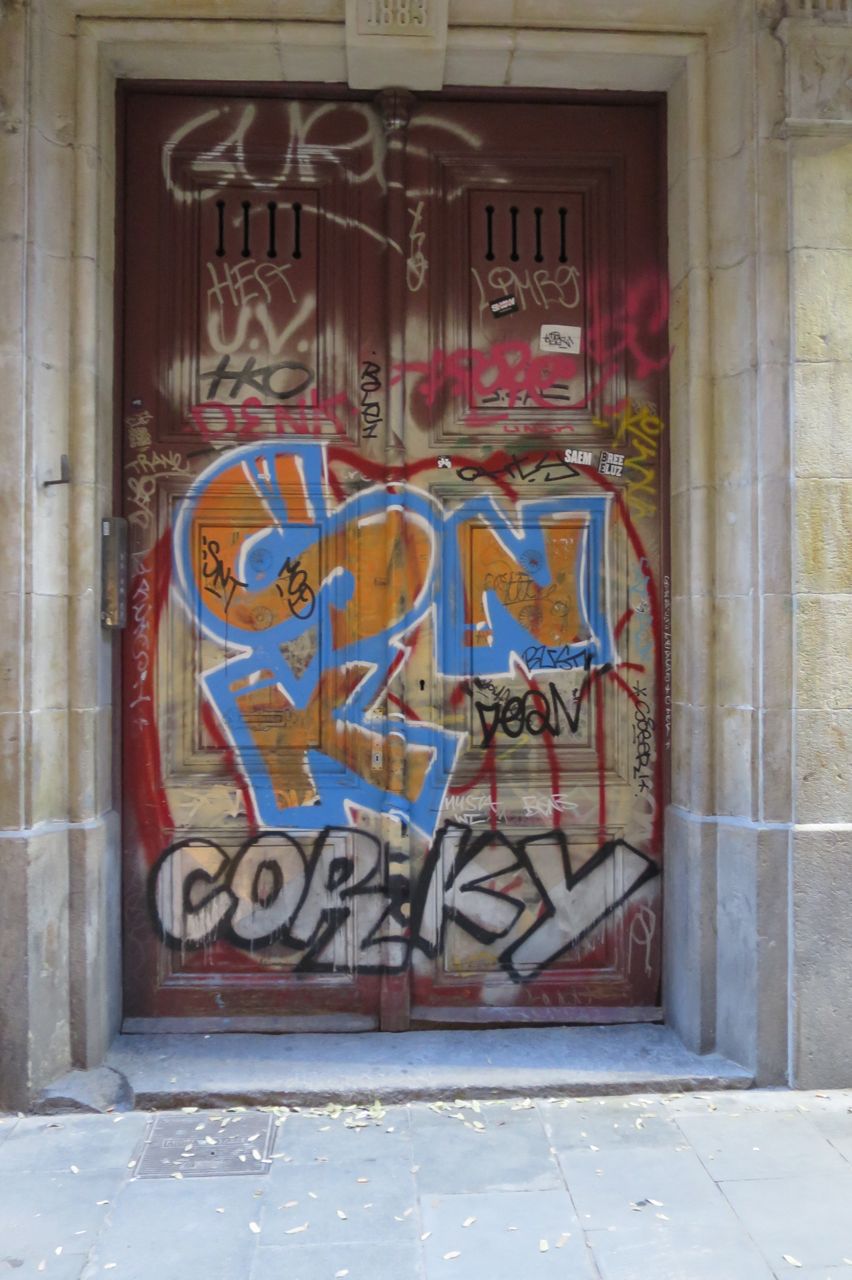 Towards the end of our short stay I coaxed my son into a look at the Gothic Quarter – but he was knackered and wasn’t buying it. ‘This is just like London’, he said. I was stumped, this couldn’t be less like London I replied. We were sitting in a small square on a bench. ‘It’s buildings and people walking past, it’s basically the same’. Like Bloomsbury I asked. ‘Yes, just not as big’. And you could see his point. It wasn’t as distinct as the rocky trail up El Carmel Hill or the clear blue water at Bogatell Beach. We went back to the hotel and ordered room service.