Old & New Hackney and the triumph of Lyle Zimmerman

Riding the W15 west over the marshes to Hackney is like traveling on an old time stage coach. This was the forest road in and out of London. It still feels that way to me. Tonight I’m on my way to a screening of London Overground at The Institute of Light – a new cinema + restaurant in a railway arch just off London Fields. I’ll be introducing the film with Iain Sinclair and revisiting the year we spent walking the Overground circuit.

Wandering through New Hackney to the venue it surprises me how much of Old Hackney survives given all the hype. I lived on an estate here in the early 90’s. The BBC shot a documentary on the nearby Kingshold Estate during my first summer in Hackney – Summer on the Estate – I recognised many of the residents in the film from my rounds canvassing alone for the local Labour Party. There were only 7 of us who attended ward meetings and 2 of them were barely mobile so door-knocking was a solitary task. 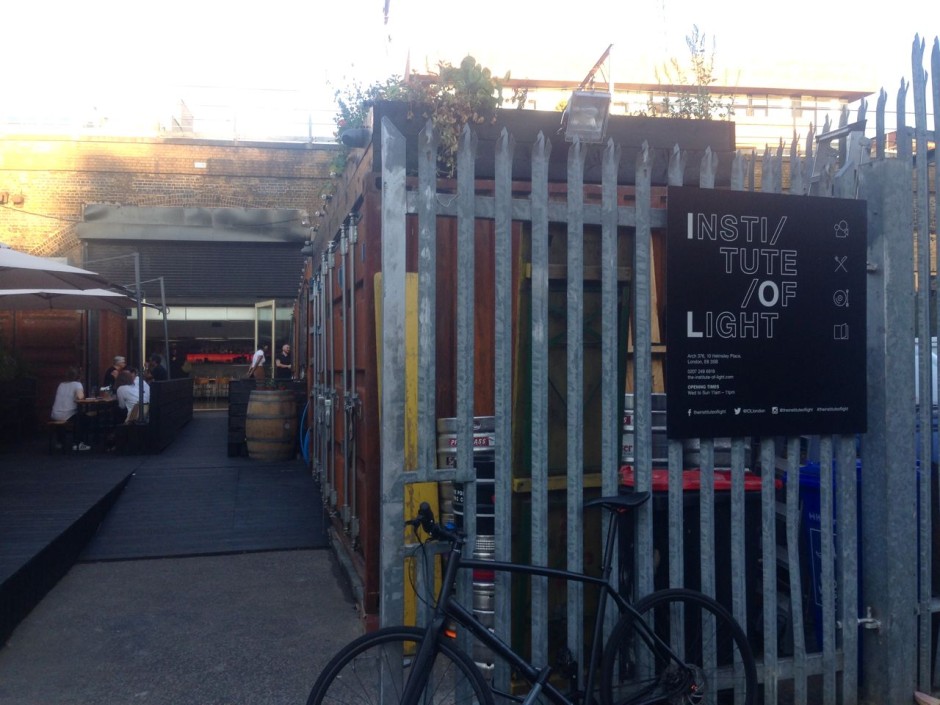 I only seem to pass through Hackney these days – or travel directly to a meeting or an event – I never really hang around there or dwell for long so my sense of the New Hackney comes mostly through popular chatter and reports from the flood of middle-class property seeking Hackney refugees who have poured into Leytonstone and Walthamstow.

The vibe around Morning Lane isn’t so different to what it was 20-odd years ago. The end of Well Street also strikes a familiar tone. Pemberton Place is timeless. The Hobson’s Choice is still a pub but under a different name. The main difference I can see is that now there appear to be some people around who have money, whereas back then everybody was skint. I consider going for a pint and stopping for a while to sample the ambience some more, but no, I don’t particularly want to go searching for that Hackney of the early 90’s and hop back on the W15 to Leytonstone instead.

I drop into the brilliant Whats Cookin ‘rockin country-fried music’ night in the Ex-Servicemen’s Club and catch the end of The Verklempt Family’s set. The lead singer is playing what looks like a curious bass mandolin, and it’s difficult not to become transfixed by it. Their set ends and is met with loud applause and a couple of people give them a standing ovation.

As I’m leaving a friend calls out from one of the outside tables to tell me that the lead singer, the fella playing the curious bass mandolin, was the person who was attacked with a knife in Leytonstone Tube Station last December in what was reported at the time as a ‘terrorist incident’. Lyle Zimmerman had his throat cut with a knife in the attack, his life being saved by a GP who happened to be passing through the station. I’d been outside the station underpass with my family stopped from walking into the scene by a police officer.

I remembered the description of the, at that time unnamed, victim as carrying an instrument – the curious bass mandolin. I don’t know if Lyle Zimmerman was on his way to play at What’s Cookin’ that evening, but on Wednesday night his performance was a real triumph of courage – and he really country rocks that bass mandolin.