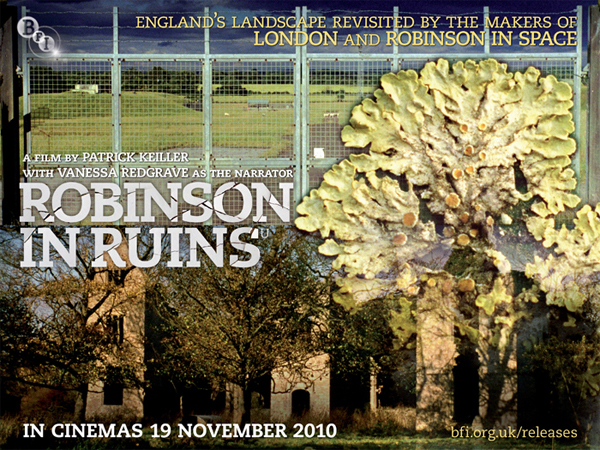 Flicking back through the large notebook on my desk which has a Casey Neistat sticker on the cover, I find the notes I made while watching Patrick Keiller’s film Robinson in Ruins at the beginning of last year.

I had seen the film at a special event at the National Film Theatre at the time of its release in 2010 but felt I needed to watch it again – I watched Keiller’s London so many times I wore out the VHS tape.

Here are the notes I made in their raw form:

“The wanderings it describes began on 22nd January 2008”
– this is the same time as the Silt Road journeys began. What was I doing in January 2008? Starting work on London Perambulator. 2008 the year of the financial crisis.

Robinson communicates with “non-human intelligences” living in marginal places – shot of a sign on an arterial road – roundabout – edgelands. They (and Robinson presumably) are concerned with human survival – are they insects rather than E.Ts?

Robinson drawn to London from Berlin in the mid-60’s by the ‘swinging sixties’ and presence of so many prehistoric structures in the landscape. Footpath that was once a Roman road leads Robinson to a gasometer (mirror of the standing stone he visits?) then on to Lidl on the site of the first Mini factory. 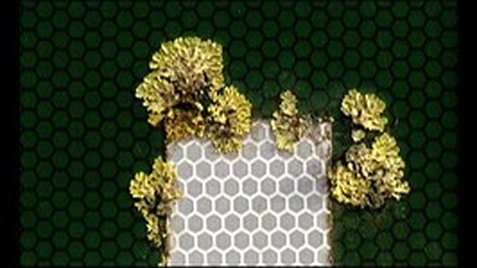 I stop the film to check my Twitter feed – tweet from London Port Authority: “2014 port trade 3% up at 44.5 million tones: tonnage up across cargo types”
A port statistics update while watching a Robinson film – how serendipitous.

Mention of IWCA in Oxford. Quotes 17th Century antiquarian in reference to a physick well. Then on to Plato and Epicurus in relation to climate then an update on the financial situation. Footage of a substation.
Robinson is a Prepper.
Returns constantly to boarded up house with scaffold first seen at start of film – a motif?

Sets out for Harrowdown Hill – April 10th – the death of Dr David Kelly – not far from Brize Norton – physical link to Iraq.
Spends the night in the enclosure of a mobile phone mast. 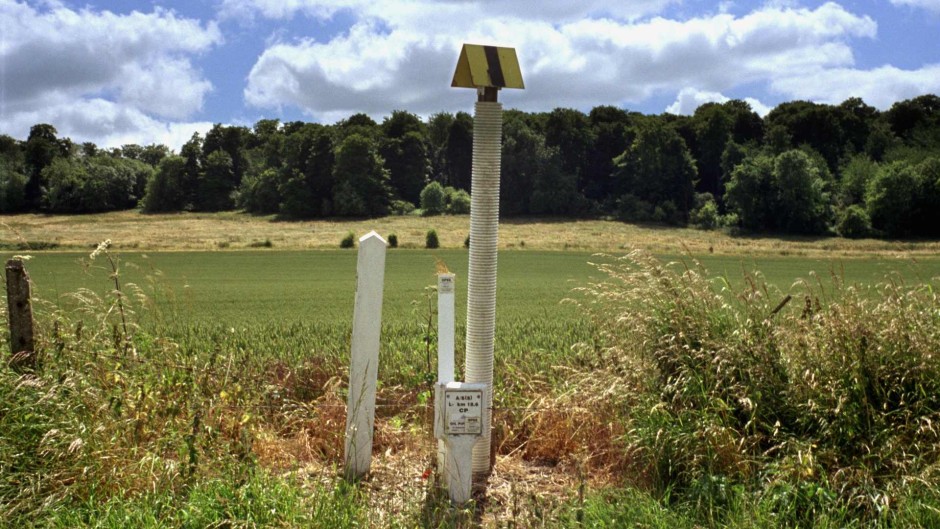 Military infrastructure gets mentioned a lot – the SOE wartime comms on a hill, railway line used by military.

Broad Street Oxford – the postbox set in the wall on the street corner another recurring motif. Robinson’s disappearance in the 1990’s and his companion’s publication (the narrator’s lover – this bloke had also been Robinson’s lover or have I got confused) of a report based on their work that led to him becoming a government advisor – “transformative potential” of “images of landscape” – linked to well-being. Back to shot of lichen on roadside – grows near nitrogen pollutants. Primroses in a lay-by. Note on UK climate and primrose seed transportation.

MayDay on the Ridgeway.

Greenham Common nuclear warheads withdrawn – US Airforce base opposed on basis it infringed commoners rights. Now restored to Commons and open access by Newbury Council. Remains of US base stand in the fields where now cattle graze. Declared SSSI in 1985. Natural order restored.

Robinson moves on to Roman Silchester. He is now a marginal figure – semi-vagrant – bit of a weirdo.

The U.K Rocket industry embedded in the countryside near the Icknield Way (Blue Streak) and the Government military underground fuel pipe that possibly follows this Neolithic path.
Bright fields of poppies grown for medical diamorphine.

Robinson is a surrealist who has encounters with flowers – biophilia.

Very long shot of white foxgloves swaying in the breeze.
Long shot of butterfly on teasels briefly joined by a bee.
A great example of SLOW FILM

Robinson in Ruins is set against the backdrop of the financial crisis of 2008. London takes place around Black Wednesday in 1992. Is this coincidence or does Keiller/Robinson have a nose for financial catastrophe?

At this point I stop making notes and just watch the rest of the film.

Through the fields from Epping to Harlow