East to West Ham – through Forest Gate to Upton Park

It was a tweet I saw at breakfast showing the beginnings of the demolition of Upton Park, the Boleyn Ground, that set me off across Wanstead Flats to take a final look at the iconic home of West Ham United before it was gone forever. I’m not a Hammers fan but have been to West Ham a few times, first when I lived just up the road as a student and they would let you in at half-time for a couple of quid, which was more or less the time I got out of bed on a Saturday so it worked out quite nicely. I remember one game – Frank Mcavennie up front for West Ham, Tottenham legend Graham Roberts playing Centre Half for West Brom. 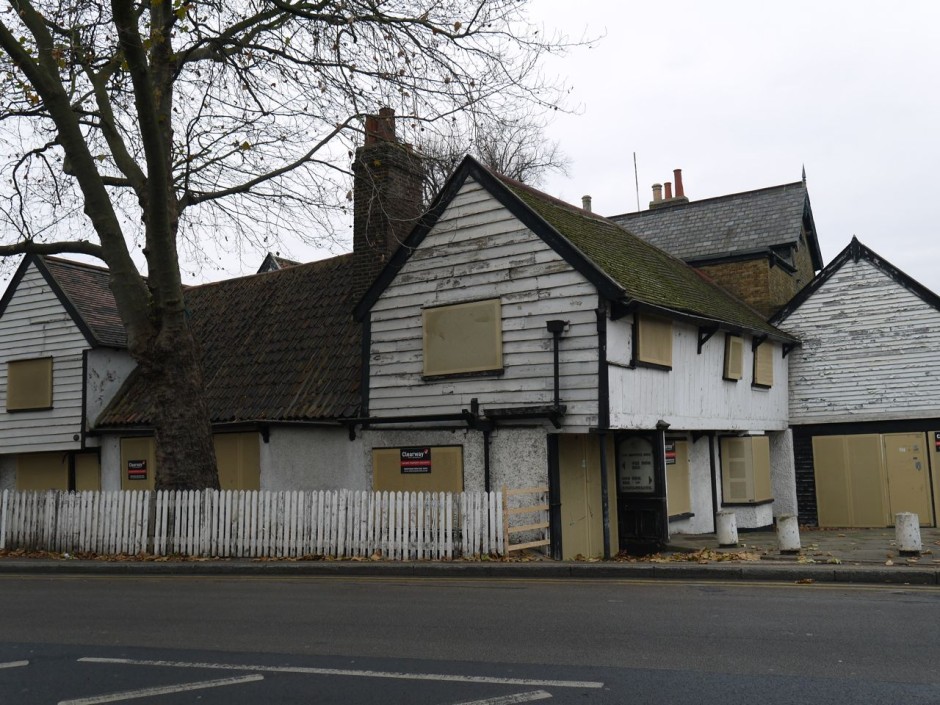 On the way I wanted to check the state of the great Old Spotted Dog Pub in Forest Gate where the London Stock Exchange moved during the Great Fire of London and we drank regularly in those student days 1990-91. It’s boarded up now – future in the balance, over 400 years of history in the hands of the Newham Council Planning Committee and some property developers – a desperately sad sight. 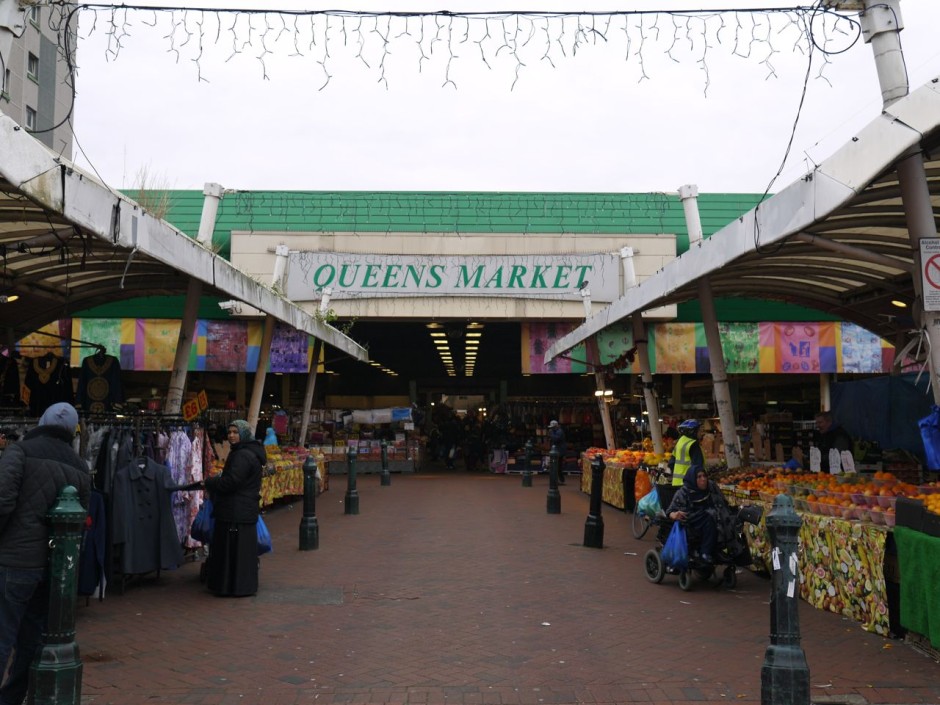 Queens Market on Green Street seems to have survived the grip of the developer and was a hub of activity – everything you can imagine is on sale beneath is murky roof – a cornucopia of wonders. A fella selling fruit and veg spotted my camera and auditioned for the role as the new “£1 Fish” star – he did a pretty decent job – have a look at the video above. His performance inspired me to buy two huge mangoes and four pomegranate. 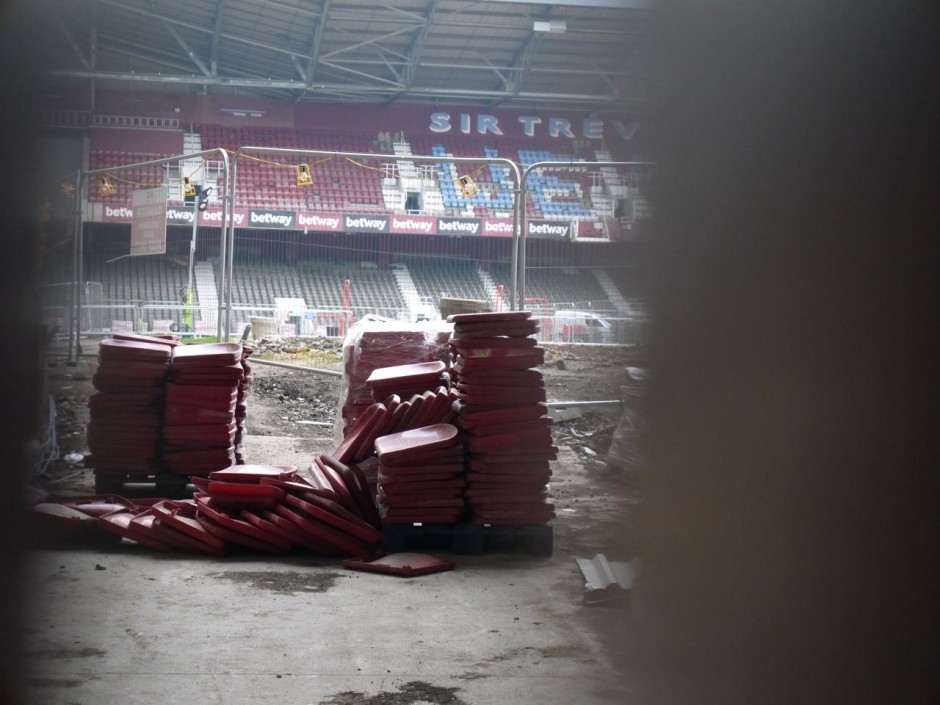 Outwardly West Ham seemed intact with only the carpark dug up, but peering through a crack the huge security doors at the side of the ground I could see the diggers at work tearing up the turf, the seats piled up around the pitch, the Trevor Brooking Stand starting to be dismantled. Can the Hammers import all this history over to the Olympic Park at Stratford (in actual West Ham rather than East Ham where the old ground is) – or will the club’s heritage be buried beneath the blocks of luxury flats built on the once hallowed ground.

Heathcote Arms Leytonstone triumphant rebirth as the Heathcote and Star

The Last London – in conversation with Iain Sinclair

The Heathcote Arms Leytonstone to re-open in October