Save the Heart of London – the destruction of St. Giles

A return to Denmark Street to further survey the radical reshaping of this vital centre of Britain’s musical heritage. The pavements from Holborn through St. Giles are littered with cranes and tipper trucks clustered around new buildings wrapped in plastic. 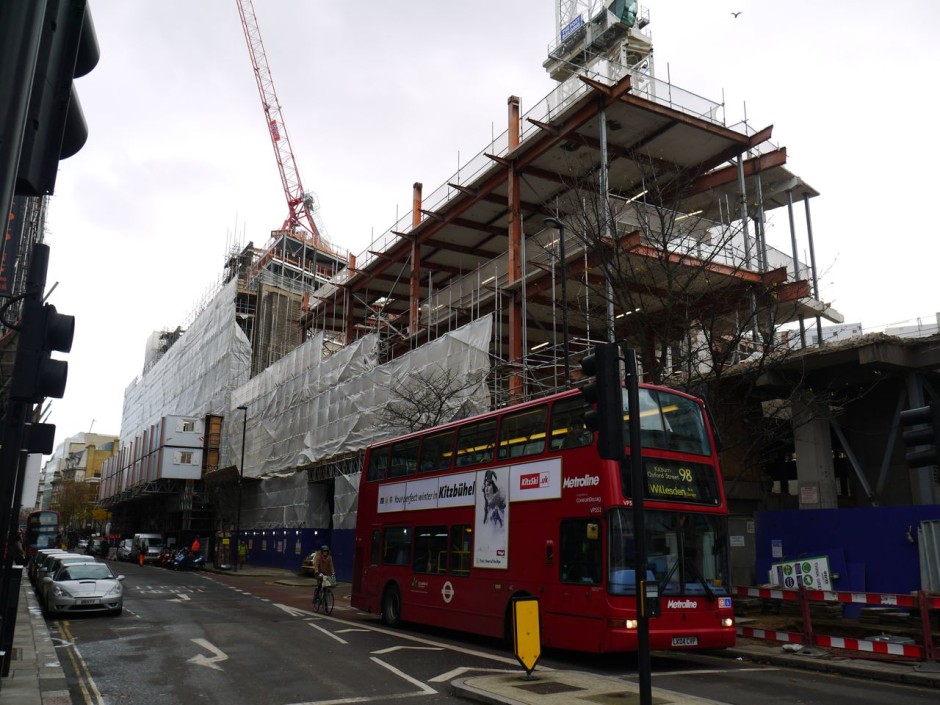 I first came here to film in January 2015 with Save Soho Campaigner Tim Arnold. We stood outside the 12 Bar Club on the day it closed and watched the equipment carried out into removal vans. Carlo, one of the co-owners of the club, was philosophical seeing the closure of the 12 Bar as part of the ‘revamping’ of the area.

I came back later that week when the club was occupied by various musicians and bohemians in a brief last burst of musical life before the venue closed for good waiting to be transformed into a chic hotel and restaurant.

Earlier this year I surveyed the street once again with Save Tin Pan Alley’s Henry Scott-Irvine, who valiantly campaigns for the street to be given the same heritage protection as nearby Hatton Garden’s jewellery trade.

The other week it was good to see the guitar shops still trading while the cement mixers trundle past. The Save Denmark Street Campaign/Save TPA fight on and have managed to get Grade II Listed building status for 6 and 7 Denmark Street where the Sex Pistols rehearsed and their graffiti still adorns the walls. 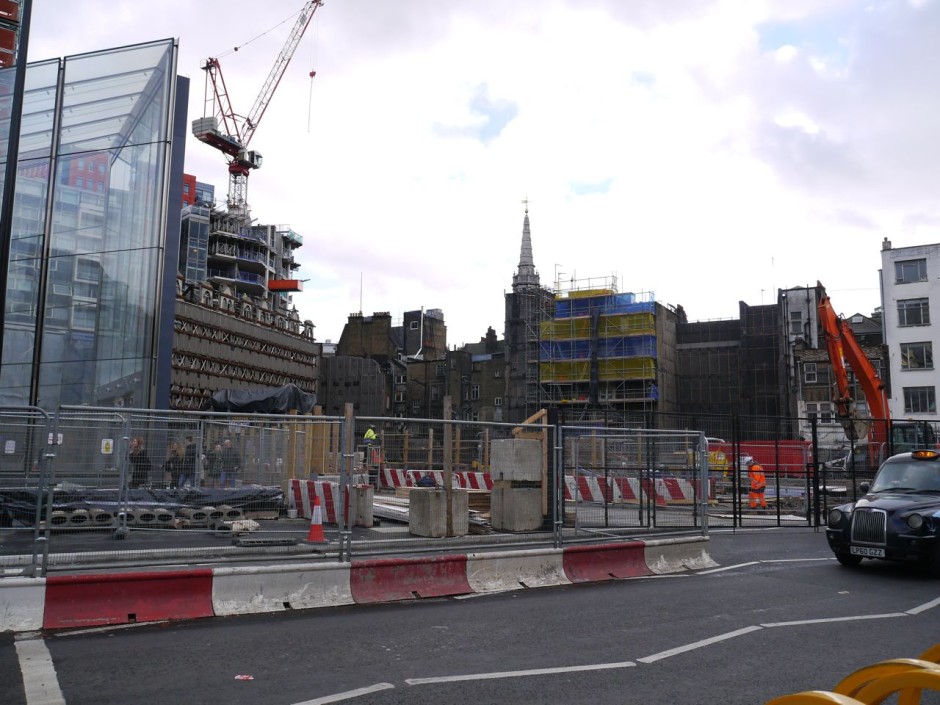 The development closes in all around – the back of Denmark Place is now a blank slate for the developers to fill with some kind of new concept shopping mall. Crossrail is smashing its way through and has already claimed the iconic Astoria Theatre and is threatening to swallow up Curzon Soho. The core of London is being rebuilt before our eyes, go and see it while you can.

Rocking on the rooftops to Save London