It’s great to see my film about an expedition to Twyford Abbey with Nick Papadimitriou and Peter Knapp has been selected by Video Strolls for their Film of the Month slot on Caught by the River. I originally made the film for the Video Strolls programme in the Flatpack Film Festival in 2015.

“Starting out, rather unpromisingly, by the A406 in the rain, to find a monastery written about in a book published in 1927, John Rogers follows Nick Papadimitriou – who, as usual, seems more concerned about the route of the mains water pipe – until, quite suddenly, we follow them through a hole in a fence and we are in the dairy of the monastery.”

Read the rest of the introduction and watch the film here on Caught by the River. 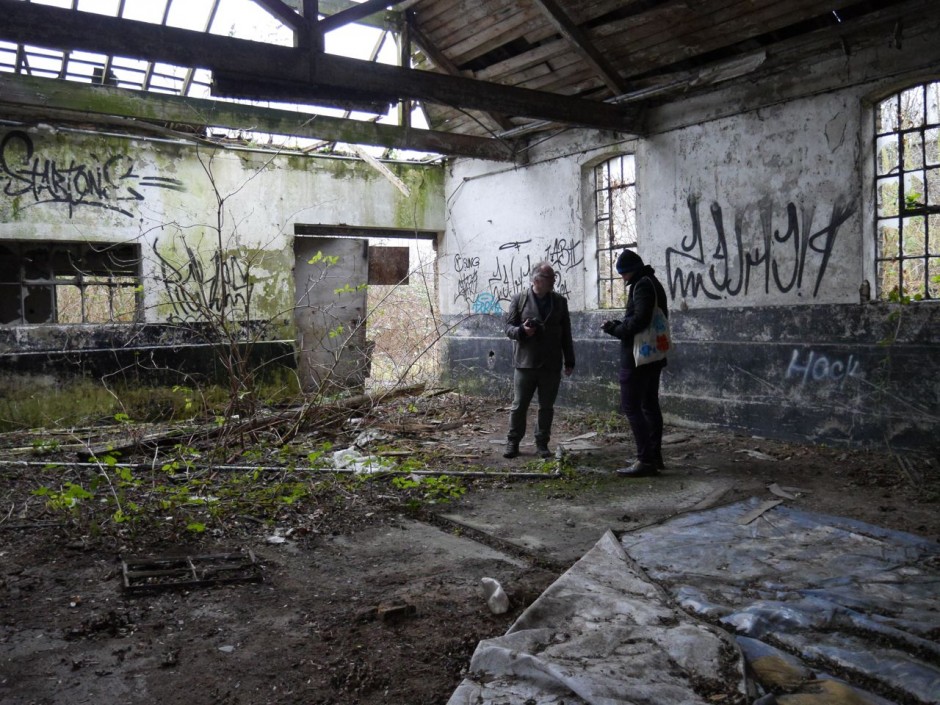 The film was in many ways intended as a return to a walk Nick, Pete and I did together in the summer of 2005, picking up where that journey ended near Stonebridge Park 10 years later. And with our detour to explore the remains of Twyford Abbey, the original expedition following the North West Middlesex Main Drainage scheme remains incomplete. I wonder if one day we’ll finish it, or will it always be the gateway to other adventures.

Big thanks to Video Strolls and Caught by the River for featuring the film.

Portal to the past at Twyford Abbey