By the Mulberry Tree at Charlton House with Iain Sinclair 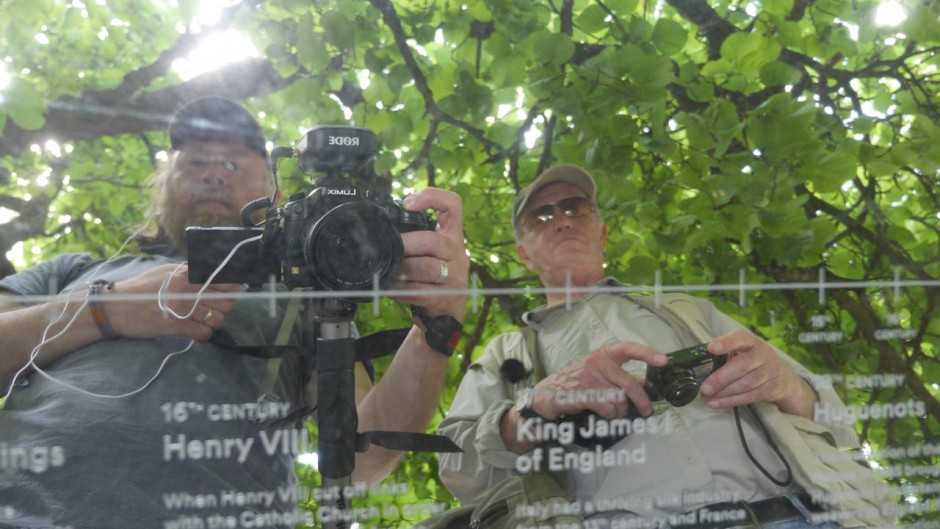 The mirror by the Mulberry Tree at Charlton House made this shot impossible to resist. Being with Iain Sinclair by a Mulberry Tree made me think of the detailed description of the silk trade in WG Sebald’s Rings of Saturn, silk worms feed on mulberry leaves. I’ve just read the chapter in Iain’s forthcoming book The Last London where he retraces an East End perambulation from Austerlitz with Sebald’s friend, the poet Stephen Watts.

This black mulberry is believed to be around 400 years old, just marginally younger than Charlton House, built in 1607. But unlike the bricks and mortar of the grand Jacobean mansion the mulberry tree is a living being, arms reaching out into the park and the fine public convenience behind by the road.

We were passing through the park filming a thread coming off the Watling Street project, a tributary running off Shooters Hill, another film now taking shape to be presented in the autumn.