Wanstead to Barking along the River Roding

A Friday morning at the end of September and the chance to walk along the River Roding from Wanstead to Barking. Finally I hunted down the elusive Alders Brook near the City of London Cemetery. A dog walker who has been strolling this way for 30 years told me he’d never heard of it and I had to show it marked on my old A-Z. But there it was, overgrown and clogged up but still running free through the undergrowth. 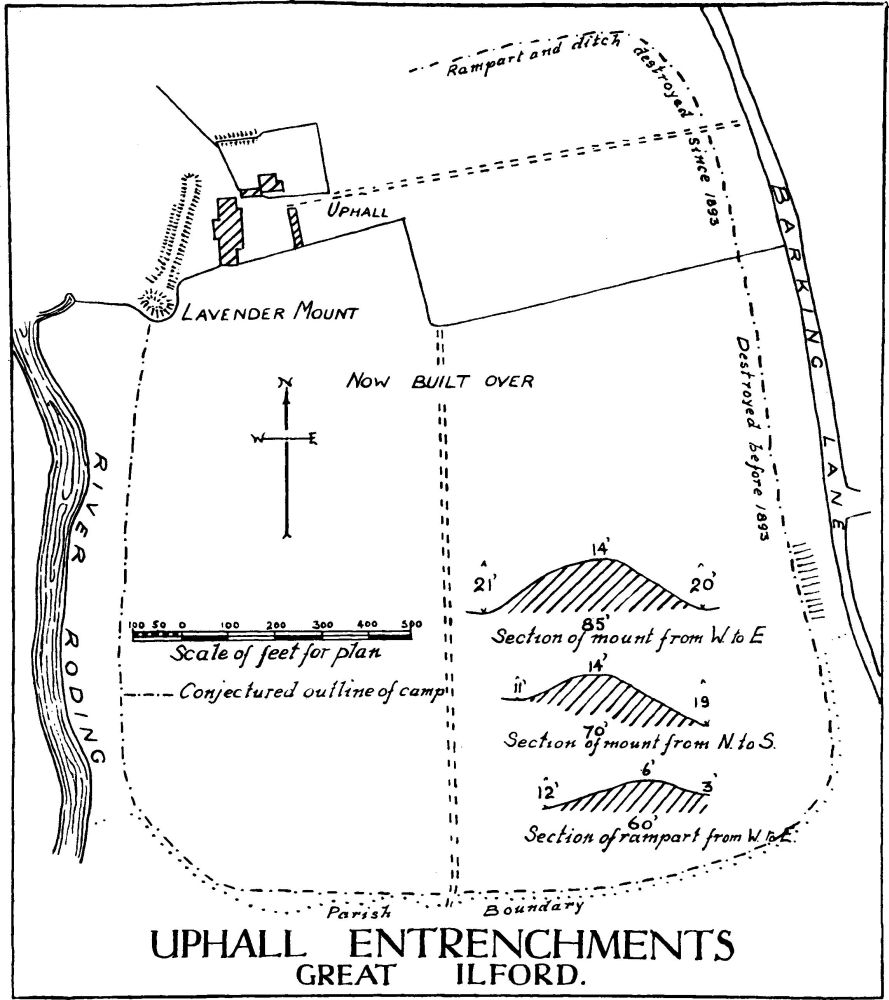 source: An Inventory of the Historical Monuments in Essex, Volume 2, Central and South west. Originally published by His Majesty’s Stationery Office, London, 1921.

The other side of the construction carnage around Ilford town centre I stood on the streets where the Iron Age settlement of Uphall Camp stood, near the banks of the Roding. Today lines of terraced houses named after periods of British History cover the site. 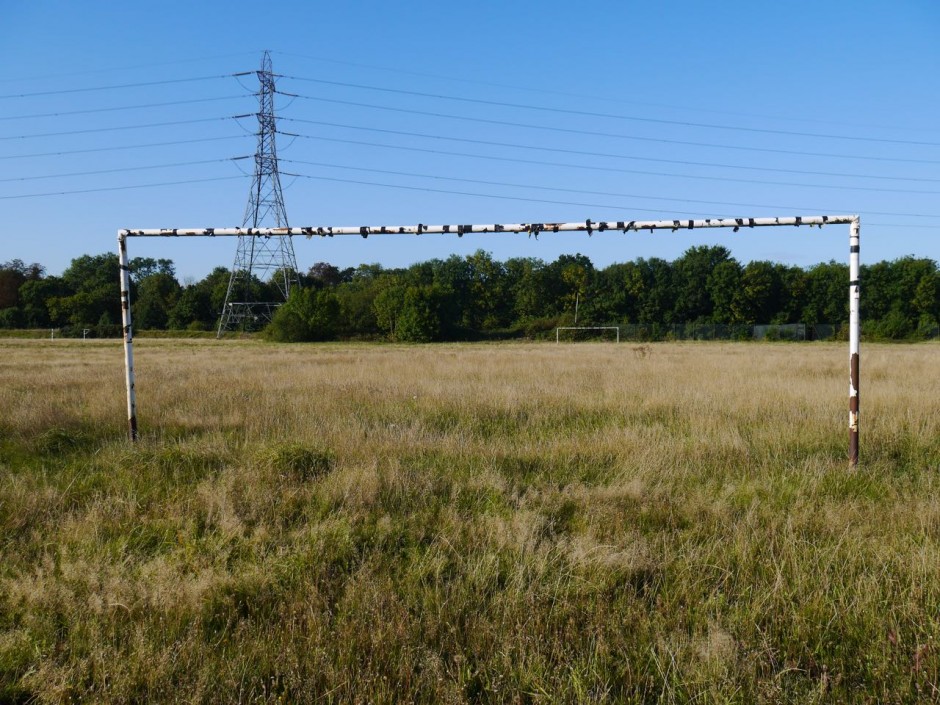 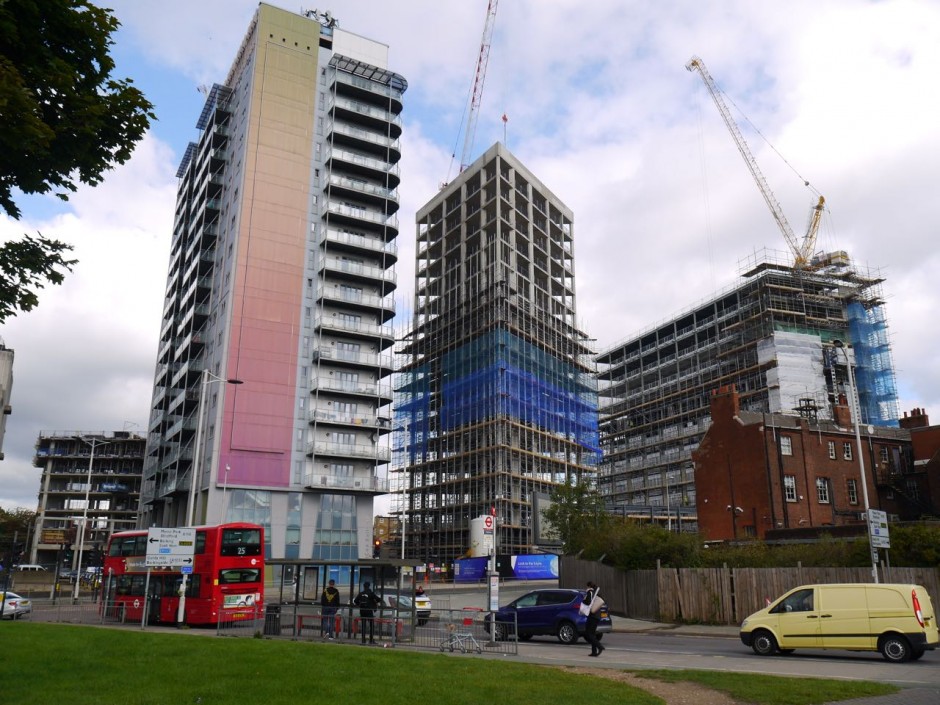 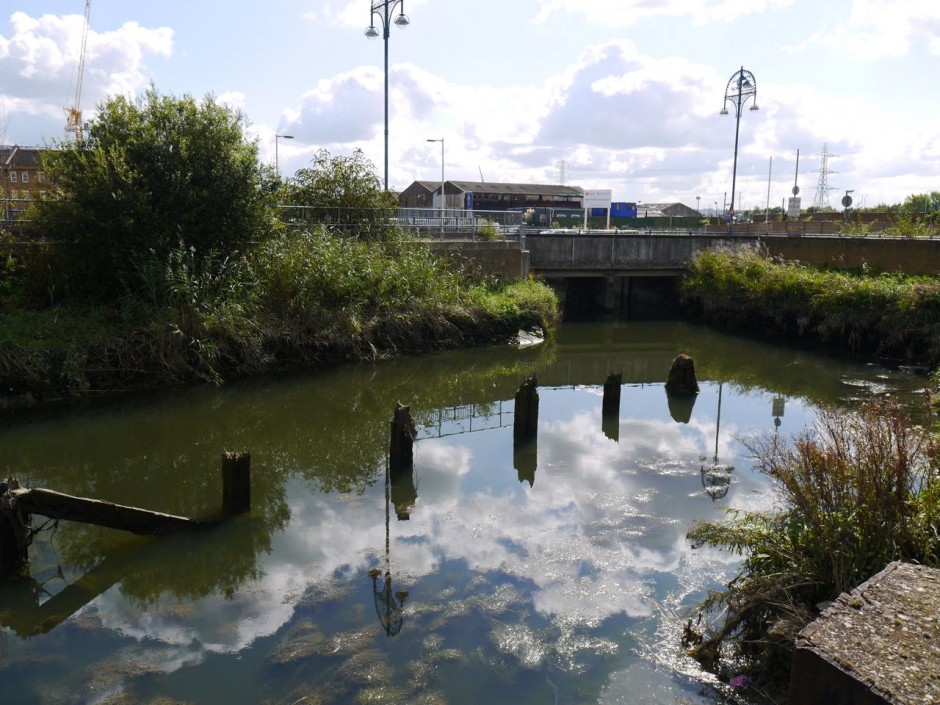 The River Roding at Barking

I passed the Quaker burial grounds at Barking before picking up the riverbank path down to the wharfside developments that have temporarily created tumbleweed wild west outposts. After breaching the A13 sadly it was time to head back to Leytonstone before I had reached Beckton which was the aim for the day. But I had surveyed more of the land the lies along one of our sacred Eastern rivers, and seen parts of the London of the distant past and got a glimpse of one of the new Londons taking shape.

Across the fields from Epping to Roydon