Walking in the Snow on Wanstead Flats

The overnight arrival of snow was announced early on Sunday morning by the excited screeching of my youngest son. I was initially less enthusiastic as I’d hope to head out on a long walk – perhaps even venture across the river, but a quick glance at the TfL website confirmed that a mere layer of snow had taken out several tube and train lines. 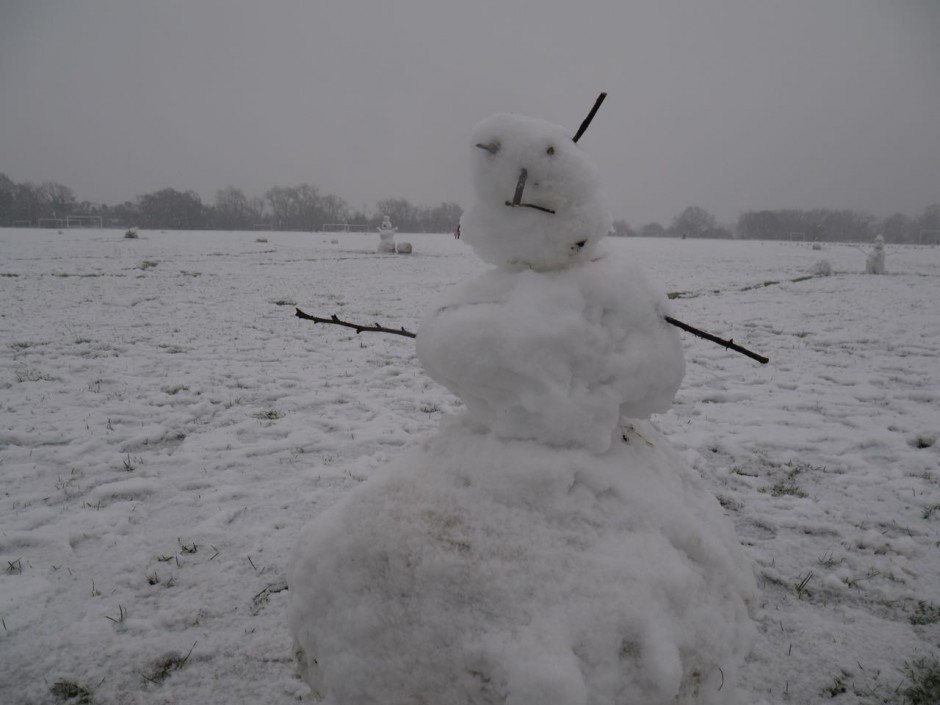 Just after midday, with my GoPro fully charged and the kids thawing out in front of the telly after a vicious backgarden snowball fight, I set out over Wanstead Flats. This has been my default location when it snows – the open expanses shielded by perimeter trees conducive to trapping in the snowfall – unlike the surrounding streets where it quickly turns into a grey sludge. 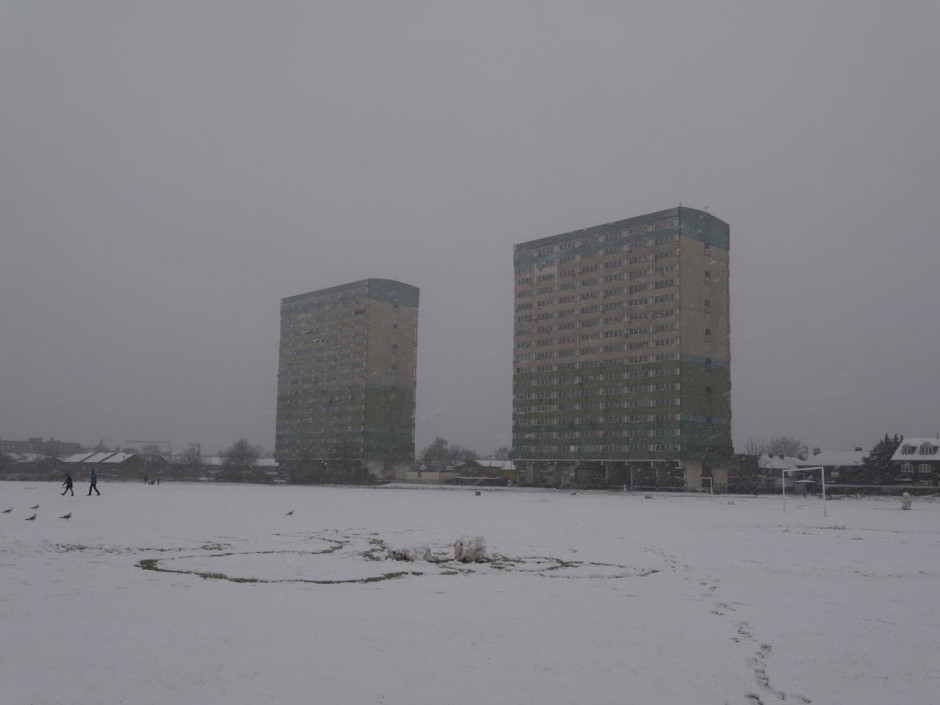 The football pitches on the Leytonstone side had the goal posts set out in anticipation of Sunday morning matches but the field was dominated by a squad of snowmen.

Louds squeals and hollers went up from a mound of the Alexandra Lake near Aldersbrook where families sledged down to the waters edge. Flocks of birds swooped in for whole slices of bread. Others took advantage of frozen pontoons to rest on the body of the lake. 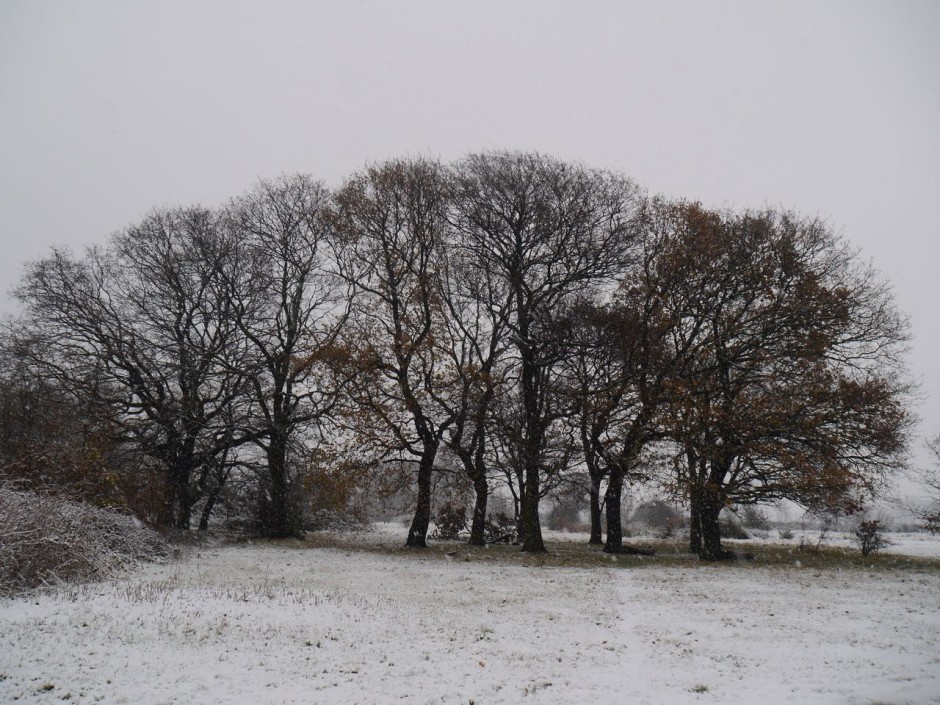 As the light faded towards the 3.50pm sunset the temperature dropped another degree or two so that the cold sought out those gaps around the edge of your clothing. I trudged over more snow cloaked football pitches and eventually to the path leading through Bush Wood from where I watched the twinkling lights of the distant city skyline foregrounded by Leytonstone’s iconic Fred Wigg and John Walsh Towers. 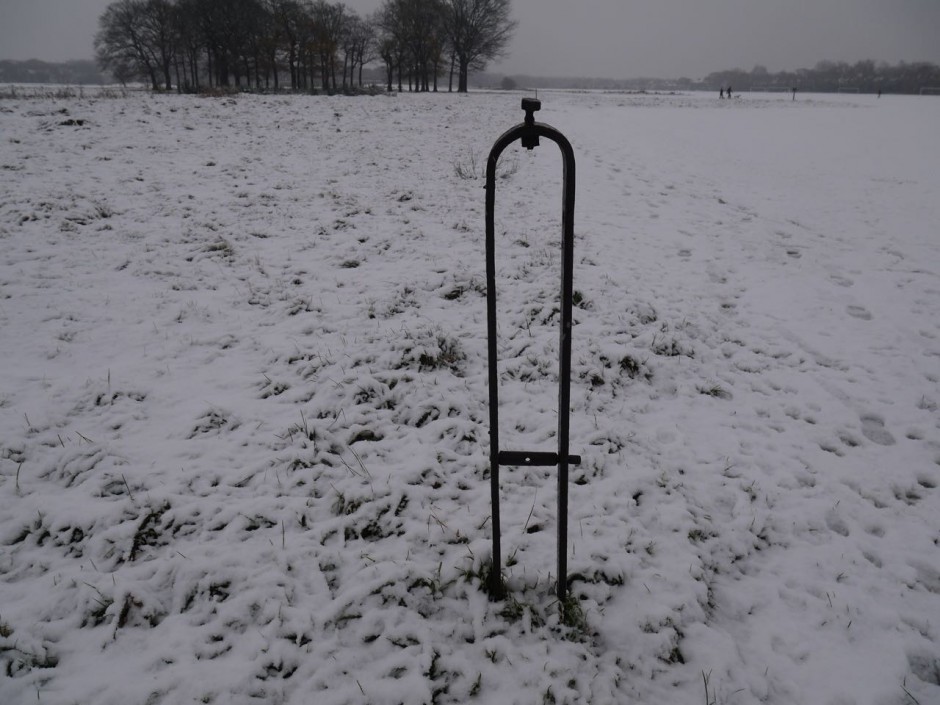 Last night brought rain instead of snow. The kids didn’t get the hoped for day off school and as we made our way along the road this morning, we looked out for forlorn patches of the icy crystals that were the only remnants of winter wonderland of yesterday. 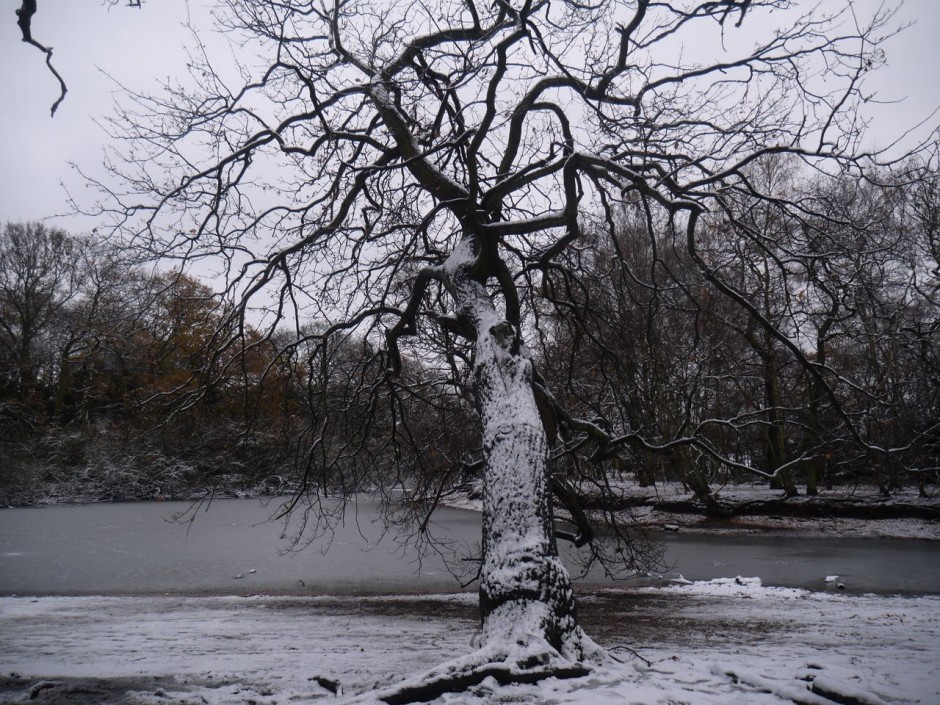