Midwinter on Walthamstow and Leyton Marshes

With clear midwinter morning sky, rooftops and hedgrows swaddled in frost, I headed down Lea Bridge Road bound for Leyton and Walthamstow Marshes. I’d been meaning to make a video of this magical zone for a while, but somethings are too precious to capture on camera it seems – perhaps that’s why the resultant video was shot on 3 of them. 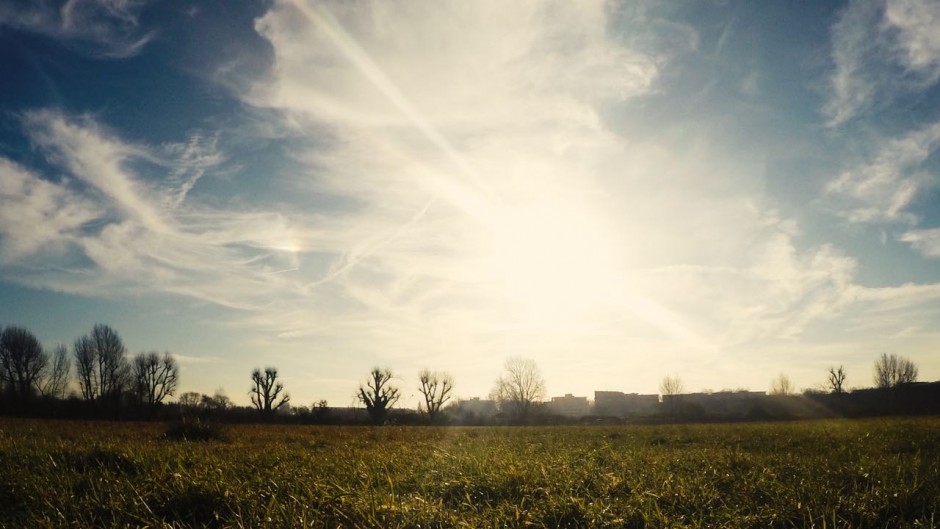 The best entrance to the marshes isn’t via Lea Bridge Road, or the path across from the Filter Beds, but over the old iron footbridge from the Argall Avenue Trading Estate that carries you across the railway tracks and the River Lea Flood Relief Channel. Muddy puddles were frozen solid revealing nature’s pattern in the whorls and curls embedded in the ice. The jacketted horses in the Riding Centre blew out big plumes of breath. Dogs scarpered across Leyton Marsh to the river bank. Vapour trails embroidered the sky. It was glorious. 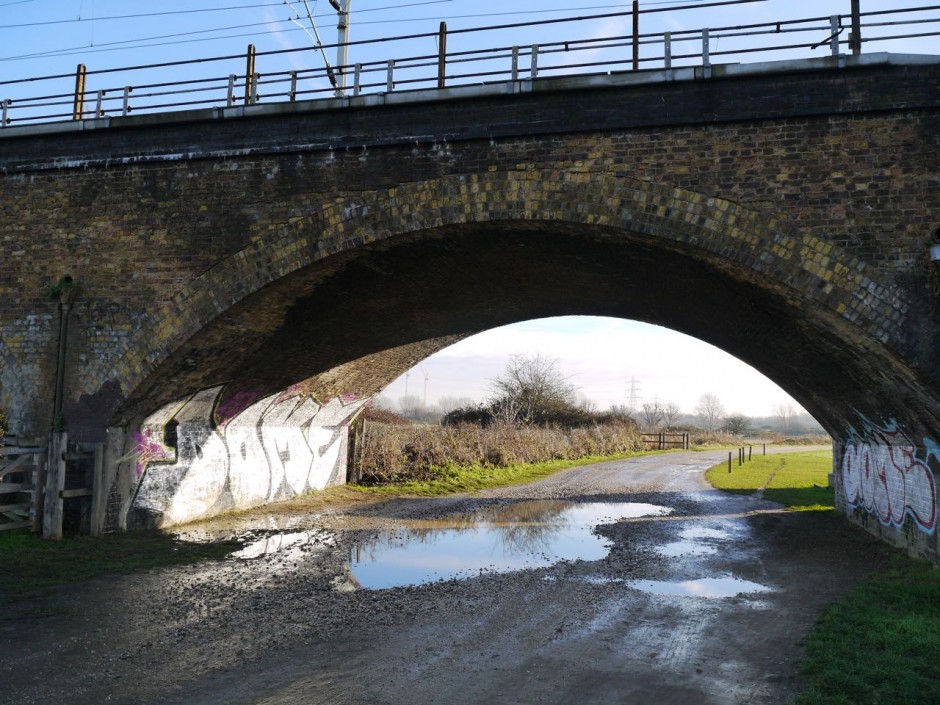 I marked the line of trees demarcating the parish boundary between Leyton and Walthamstow that I’d been shown on a Beating of the Bounds organised by the New Lammas Lands Defence Committee when I’d first moved to the area. Then on to another memory stored in A.V Roe’s railway arch, not of that first triplane flight in 1909, but of singing the wassail song here with the Hackney Tree Muskateers. 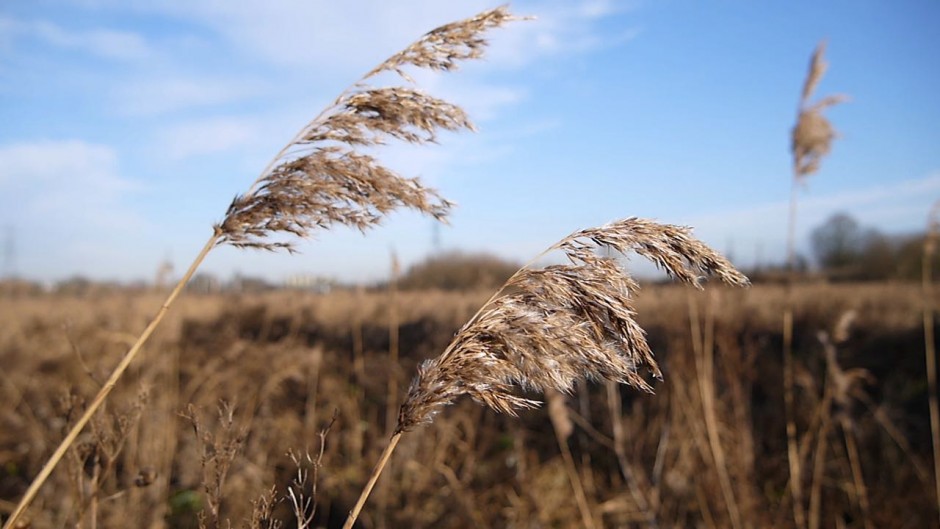 Walthamstow Marshes is decorated with the droppings left behind by the Belted Galloway cattle reintroduced to the marshland to help restore the ‘natural’ order created by thousands of years of human interaction with this landscape. The cattle themselves were curiously elusive. 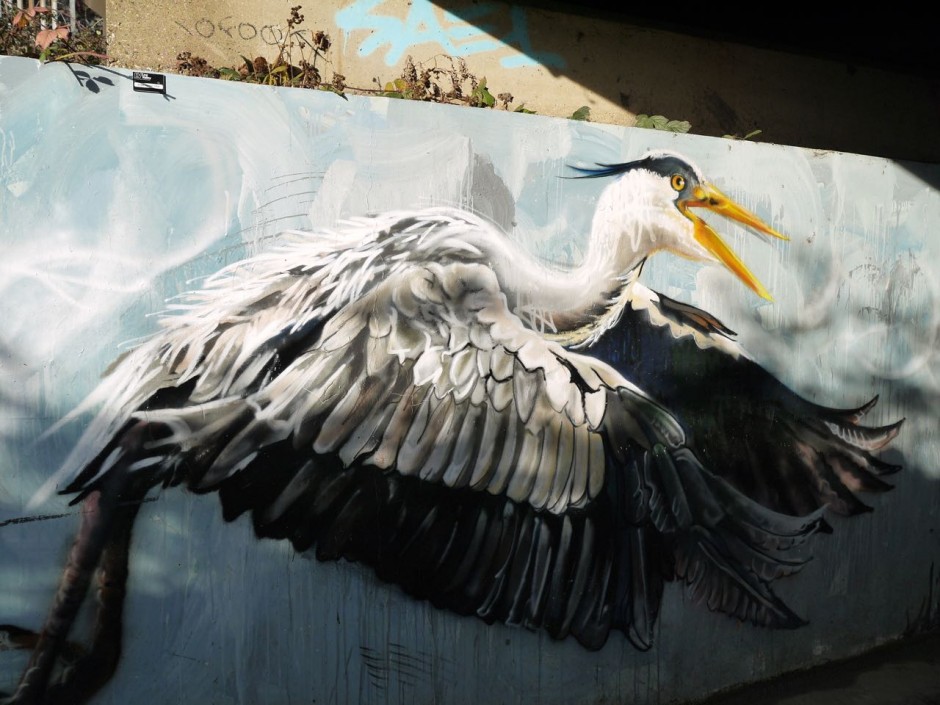 The circuit was completed by turning across Coppermill Fields and through the Mural Underpass to the Lammas Meadow. A horse trotted around the field edge. The horizon on all sides was marked by cranes and other signs of construction as the Lea Valley undergoes another period of change. This stip of marshland, preserved through previous struggles, has never felt so precious. 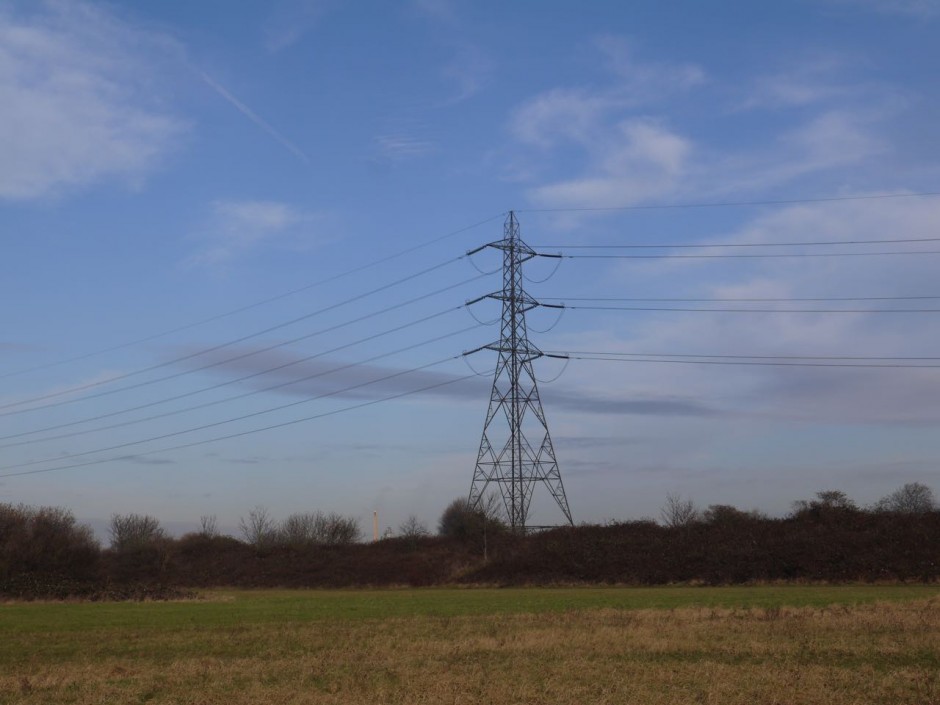