Great to see new Council Homes being built in Waltham Forest. The Council recently posted an update on a scheme in Wood Street, Walthamstow where a semi-derelict Victorian building is being replaced with 17 Council flats due for completion by the end of the year. It’s part of a plan to build a 1000 new council homes in the borough by 2022. The scheme is a partnership with Engie and NPS architects, who are also working on the regeneraton of the Marlowe Road Estate. 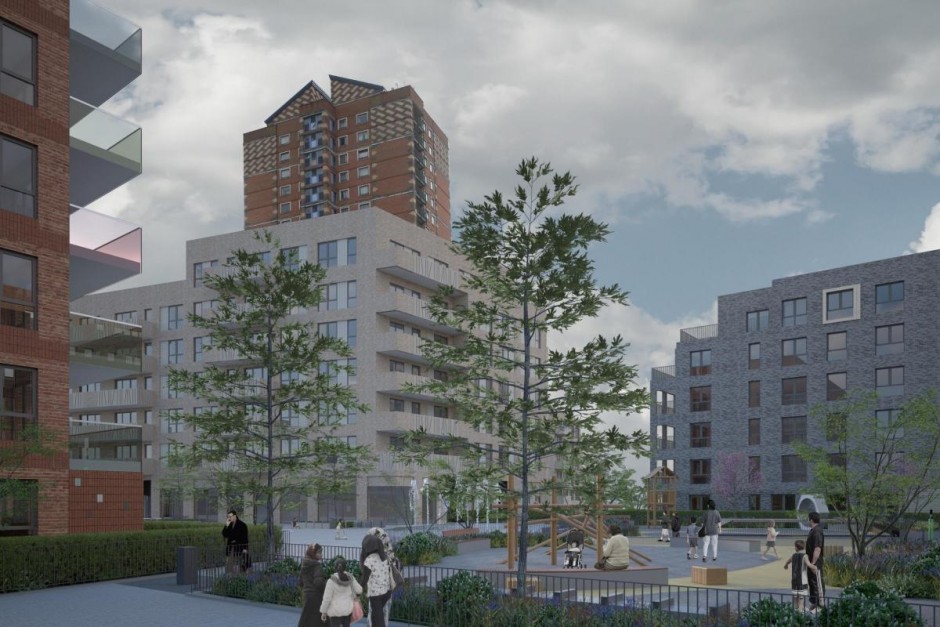 The Marlowe Road Estate scheme will deliver 430 new homes for social rent and private sale, although the BBC reported that it will see an overall reduction of Council homes on the site where only 30% of the total new units will be for social rent. Waltham Forest Council has set itself a target of 50% ‘affordable’ housing on new schemes, which at up to 80% of market rates, ‘afforable’ homes are far more expensive than socially rented homes and not to be confused.

We’ve seen ‘estate regeneration’ used across London as a means to privatise public land and forcibly move residents out of the city. Waltham Forest Council state that all Marlow Road Estate Council tenants “affected by the regeneration have been given right to return. They will be given ‘decant status’ meaning they’ll get priority bidding if they want to move out of the estate. Leaseholders can now negotiate with the council to sell their properties back at the current market value.”

The Architects’ Journal has recently written about the move away from the developer-led model of estate regeneration previously favoured by some London boroughs which has seen enormous community backlash. The move by Kensington and Chelsea and Hammersmith and Fulham Councils to call for a community-led approach to the hugely controversial Earls Court scheme, along with the pressure on Haringey Council to review its HDV project, and the Mayor’s initiatives to give residents a ballot on regeneration schemes, they say, “have the potential to fundamentally change how London’s housing estates are redeveloped.” It’s worth noting though that Green Party London Assembly Member Sian Berry, reported that Sadiq Khan quietly signed off 34 new estate regeneration schemes to avoid them being caught by the new rules. “At Mayor’s Question Time this week, the Mayor gave me a firm promise not to sign off any new funding for estate demolition while his new policy to require a ballot of residents was out for consultation. But he was concealing the fact he has recently rushed through funding for dozens of controversial schemes, allowing councils and housing associations to dodge his new policy.”

So there are some positive moves in London on the housing front, but also many many challenges still to face. Waltham Forest’s plan to build more council houses is welcome news, while their inability to enforce the 50% ‘affordable’ housing target on new developments is lamentable – as evidenced recently with the council’s support for the Walthamstow Town Square development which contains a mere 20% ‘affordable’ housing and no socially rented homes.