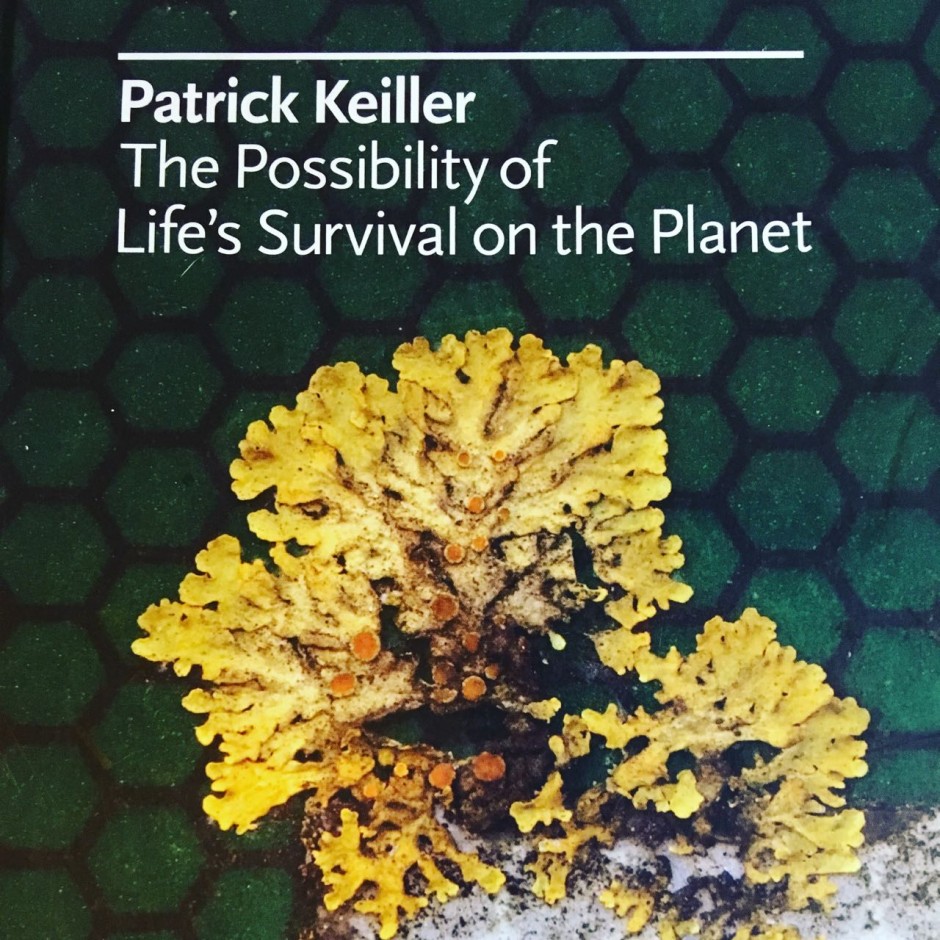 I found this copy of Patrick Keiller’s The Possibility of Life’s Survival on the Planet next to a nice edition of The Illustrated Pepys in a charity shop on Saturday – a placement that surely can’t have been accidental. Needless to say I bought them both.

“In August 2010, I completed a film that begins with a series of captions: ‘A few years ago, while dismantling a derelict caravan in the corner of a field, a recycling worker found a box containing 19 film cans and a notebook./ Researchers have arranged some of this material as a film, narrated by their institution’s co-founder, with the title / Robinson in Ruins. / The wandering it describes began on 22 January 2008.”

The film cans belonged to Robinson – Keiller’s unseen character in his first two feature length films, London and Robinson in Space. The film mentioned above was Robinson in Ruins, which I have mentioned on this blog before.

The Possibility of Life’s Survival on the Planet was published to accompany an exhibition at the Tate that followed on from the film and allowed Patrick Keiller to ‘arrange the material in other ways’, that included items from the Tate collection. The resulting installation was called The Robinson Institute.

Keiller’s films are multi-layered, dense with research that deserves repeated viewings to fully digest. They are not only essay films but essays equally suited to book form as well as the screen. Robinson in Space for example draws heavily on the government’s Port Statistics. London follows multiple literary references. And likewise, Robinson in Ruins was part of an academic research project called The Future of the Landscape and the Moving Image, which was “prompted by ‘a perceived discrepancy between, on the one hand the critical and cultural attention devoted to experience of mobility and displacement and, on the other, a tendency to fall back on formulations of dwelling derived from a more settled, agricultural past.”

Having watched Robinson in Ruins a number of times, I can say this book is a brilliant addition to the Keiller canon, to sit alongside his 2014 book of essays, The View from the Train. We wait now in anticipation of his next film.