At the beginning of summer I headed out one evening to follow the beguiling Loughton Brook through the suburban streets back to its source high up in Epping Forest.

We pick up the trail near Loughton Station in Brook Road and follow the brook as it flows through the backstreets of Loughton. I’d only previously walked portions of the brook so was keen to trace its course back to the source, which I’d been told in the vicinity of Wake Valley Pond.

As ever on my forest walks I was accompanied by Edward North Buxton’s essential guide to Epping Forest (first published in 1884). The maps included in Buxton’s book are still some of the most detailed maps of the Forest. 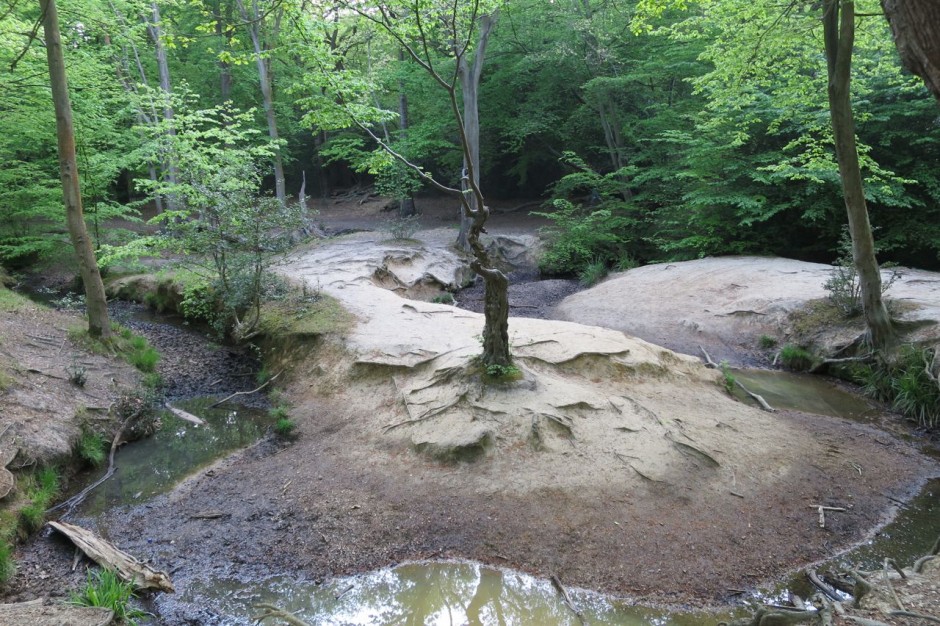 As the river led me over Baldwin’s Hill I thought of the painter and sculptor Jacob Epstein who moved out to the area from central London and made a number of paintings of the forest.

We climb through Great Monk Wood, which I believed is named after its association with the monks of Waltham Abbey who collected firewood here. You can imagine the monks in their cassocks walking through the forest from the Abbey and carrying the wood all the way back in the gloom singing as they went.

For further info on the Loughton Brook and links to Spaceship’s brilliant A Prospect of Loughton Brook album see my post from last year. Mark makes wonderful ambient recordings of the stream that capture the magic of this enchanting watercourse.

A field on the edge of London