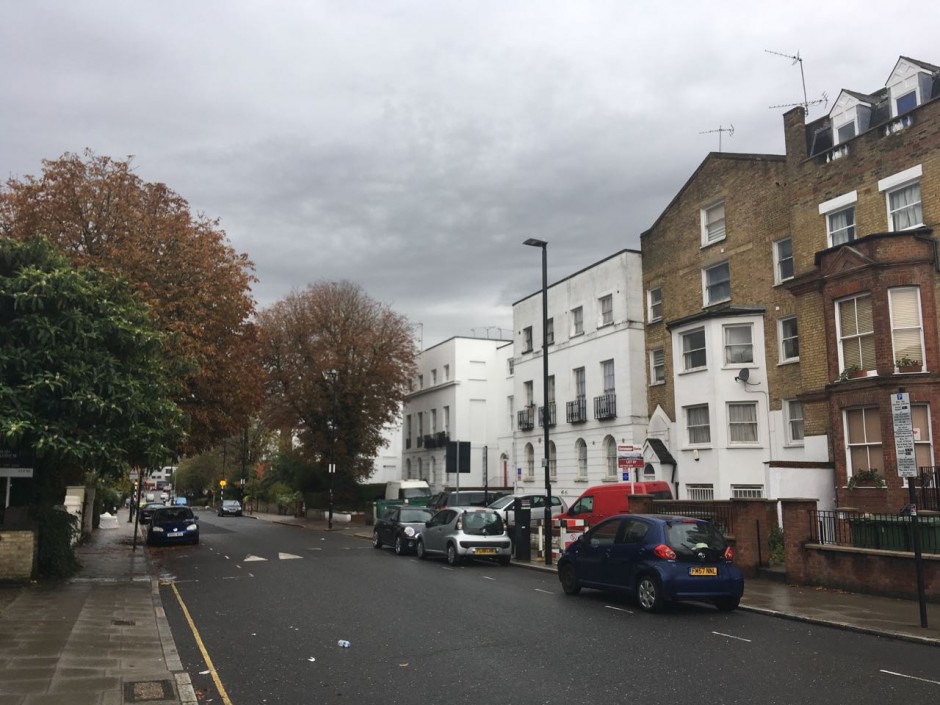 An unplanned walk – effectively locked out of the house and inadequately dressed. I jump the Overground to Harringay Green Lanes and buy a jumper from TK Maxx. Choosing a notebook and pen to record the day’s walk a man walked into the shop and just said, “Why is life so shit”, then paid and left without another word. Somebody was having a worse day than me.

I notice that the jumper I bought hurriedly is called a ‘Rodgers Zip Jumper’ – nice coincidence even with the alternative spelling of my surname.

There was no entrance into Wray Crescent Open Space sadly. A man sat loitering in a car by the gates with the engine running. Another man just stood on the other side of the fence beside a metal post. 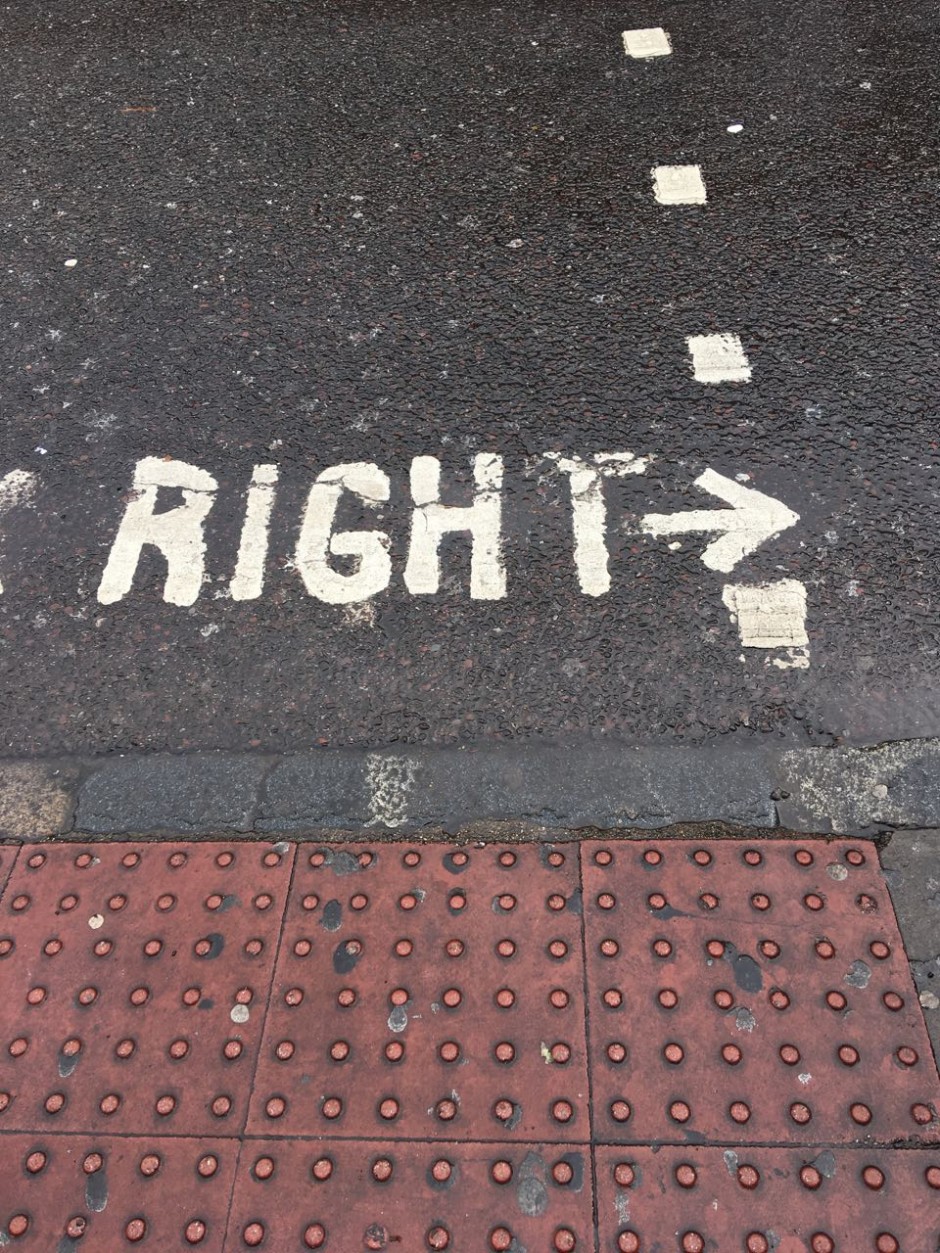 As I see earthworks everywhere I’m intrigued by Newington Barrow Way just off Hornsey Road – I’m taking the meaning of Barrow as a burial mound rather than the wheeled variety.

The clouds look ominous and on Seven Sisters Road the Heavens open in quite dramatic style and I’m forced to seek shelter in Le Croissant D’Or cafe till it eases up about half and hour later. I contemplate buying an Italian silk scarf calling me from a shop window and still regret not taking the plunge, instead I push on to Holloway Road.

I decide to walk the length of Caledonian Road, ‘The Cally’, one of London’s great thoroughfares. A stocky bald guy walks past muttering to himself.

I find a 1956 edition of Ian Fleming’s Live and Let Die in good condition with the original dustwrapper for 50p. A quick check on Abebooks tells me they go for upwards for £12. I leave it on the shelf for someone else to find. 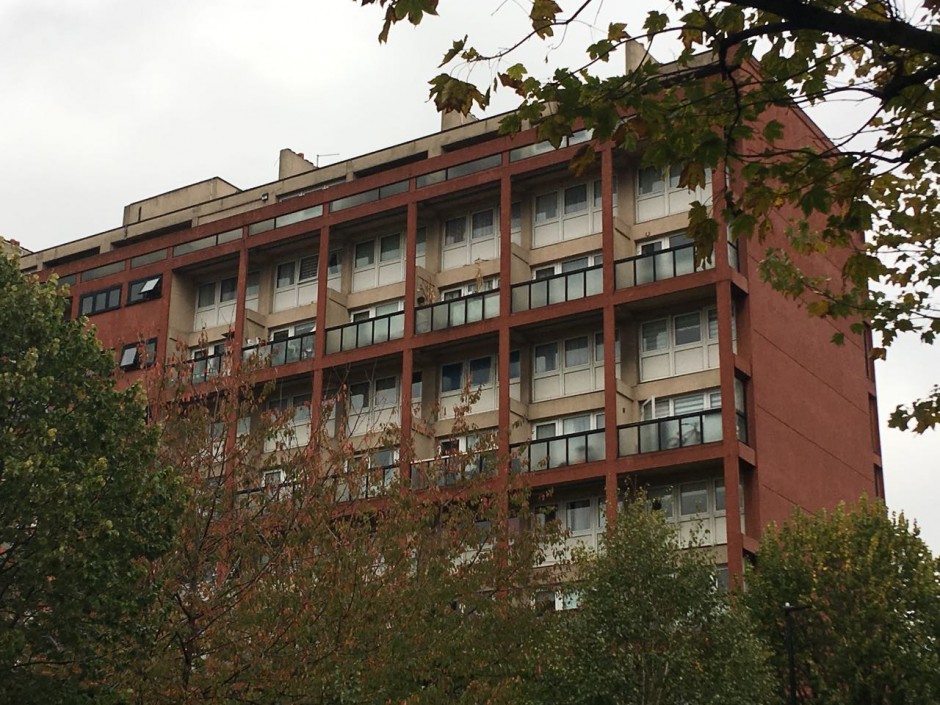 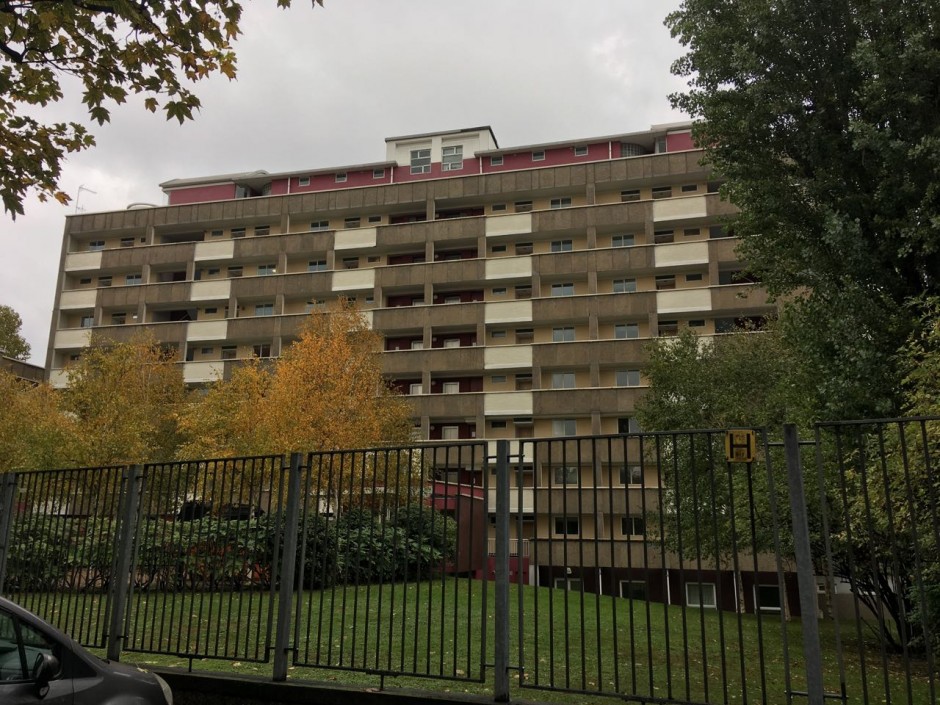 I get a fantastic warm feeling as I pass the Rainbow Club where we took the boys to playgroup when they were babies. Now it’s an Escape Room game so they may well return to play there as teenagers. The same glow accompanies me up Wynford Road that I associate with the first steps around the block the kids took as toddlers. Priory Heights casts a benign protective shadow. 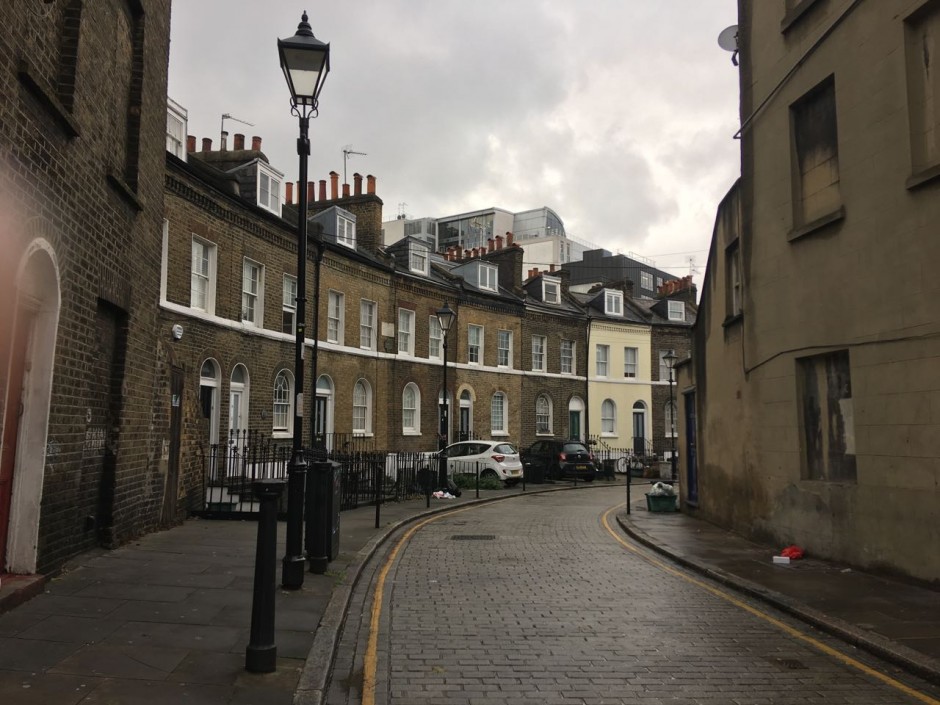 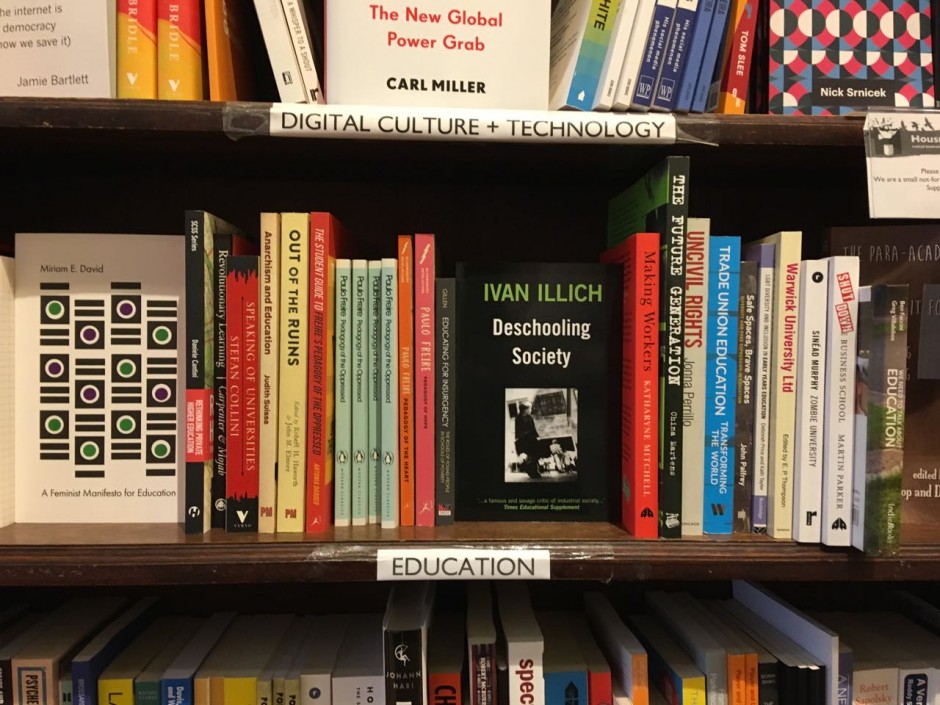 I spend too long in Housmans radical bookshop and eventually walk away with a copy of Rudolph Rocker’s The London Years for a fiver and four back issues of the New Left Review for a quid.

Round the wreckage of Kings Cross and down Grays Inn Road, into Cromer Street, Argyle Walk and Marchmont Street – the wanders of my Islington years. My purchases at Housmans mean I have to resist the gravitational pull of Judd Books and head on through the Brunswick Centre. 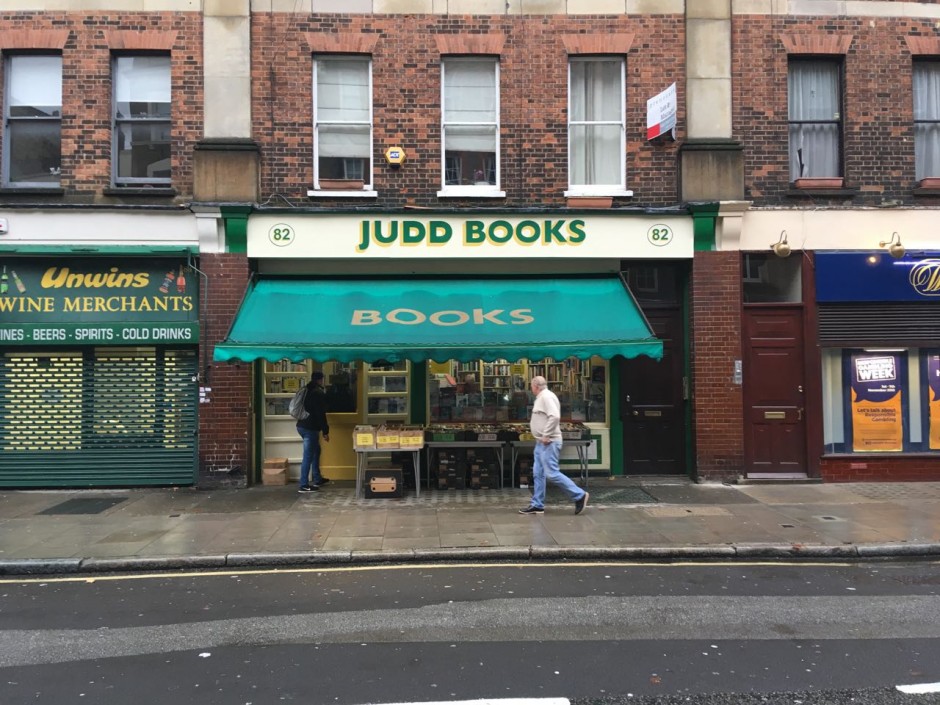 Through Queens Square with nice memories of studying Experimental Sound Art at the Mary Ward Centre and making recordings of the lamp-posts and park railings. 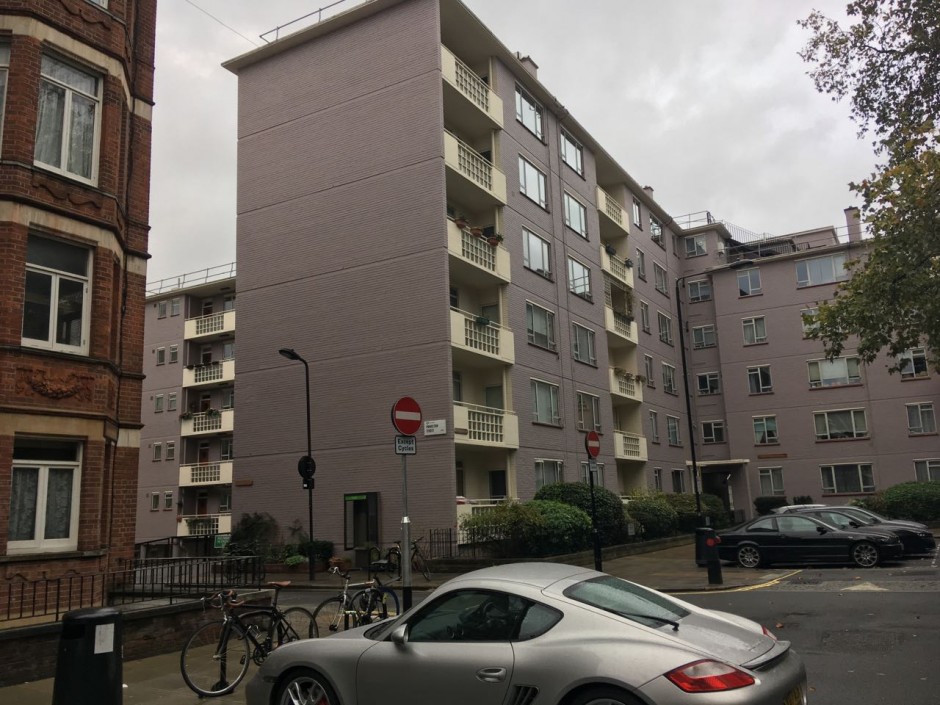 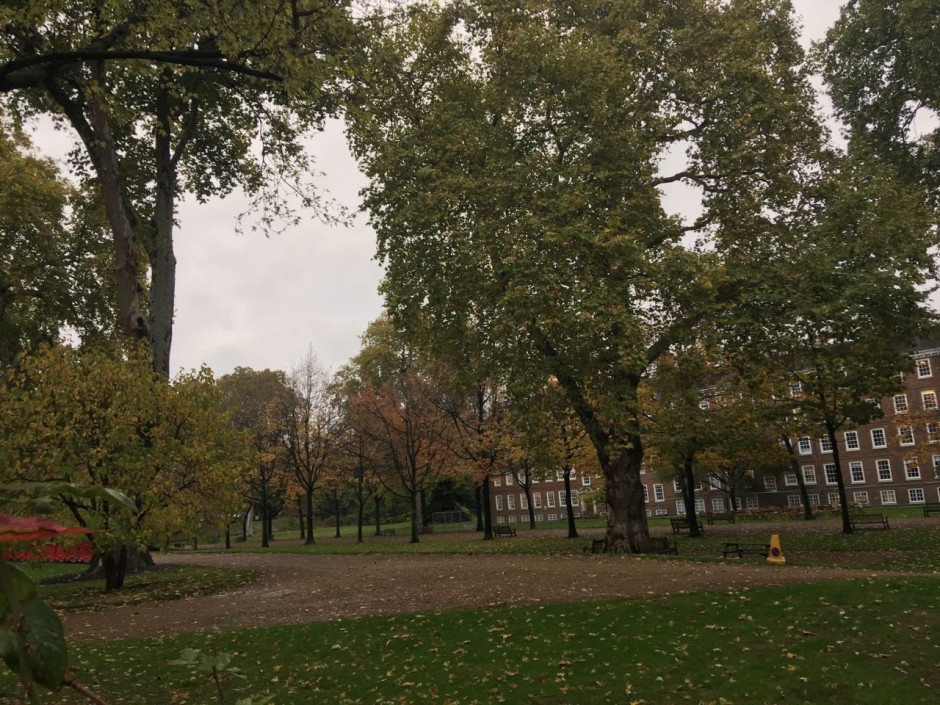 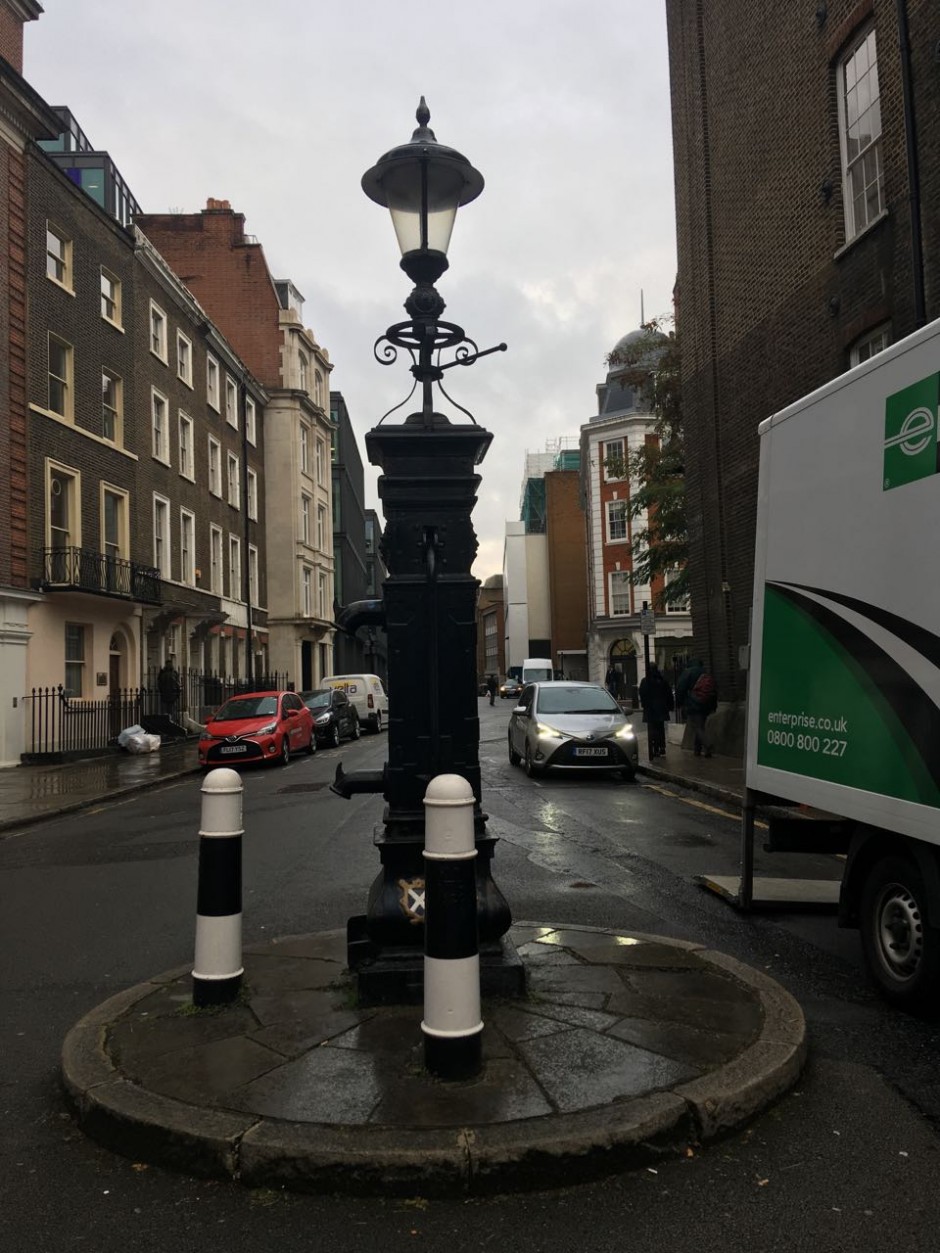 On the far side of Red Lion Square I stop to admire the Geoffrey Fletcher gaslights in Sandland Street before passing through Grays Inn to Chancery Lane Station and back home to Leytonstone.

Walk along the River Roding and back to Leytonstone