Westminster Protest against Suspension of Parliament

A spontaneous protest was called after the news broke in the afternoon that the Queen had agreed to Boris Johnson’s request to suspend Parliament for five weeks, preventing MPs from debating Brexit in the run-up to 31st October deadline.

‘Stop the Coup’ was the dominant chant from the crowds in Parliament Square and on Whitehall outside 10 Downing Street. ‘When you shut down the Parliament, We shut down the Streets’ a song broke out near the Cenotaph in the dark.

A roadblock formed in Parliament Square leading to an initial angry volley from a cabbie who nearly ran me over. But after a while he settled down in his taxi scrolling through his phone, his smiling passengers departed on foot. The traffic backed up all the way along Whitehall, buses, cabs, cars, and coaches as the singing and dancing grew louder. 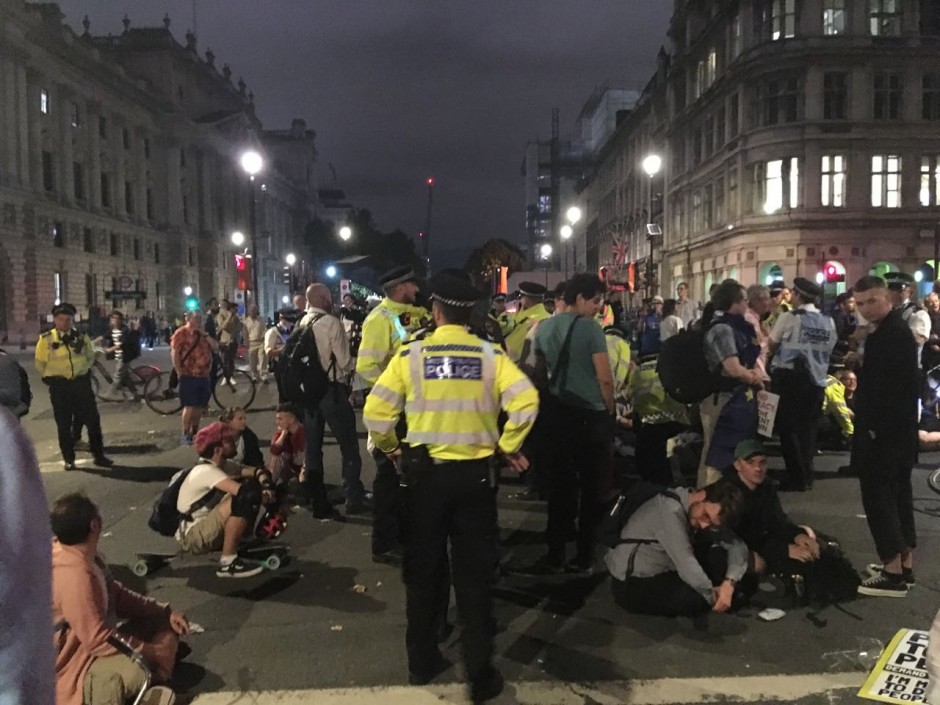 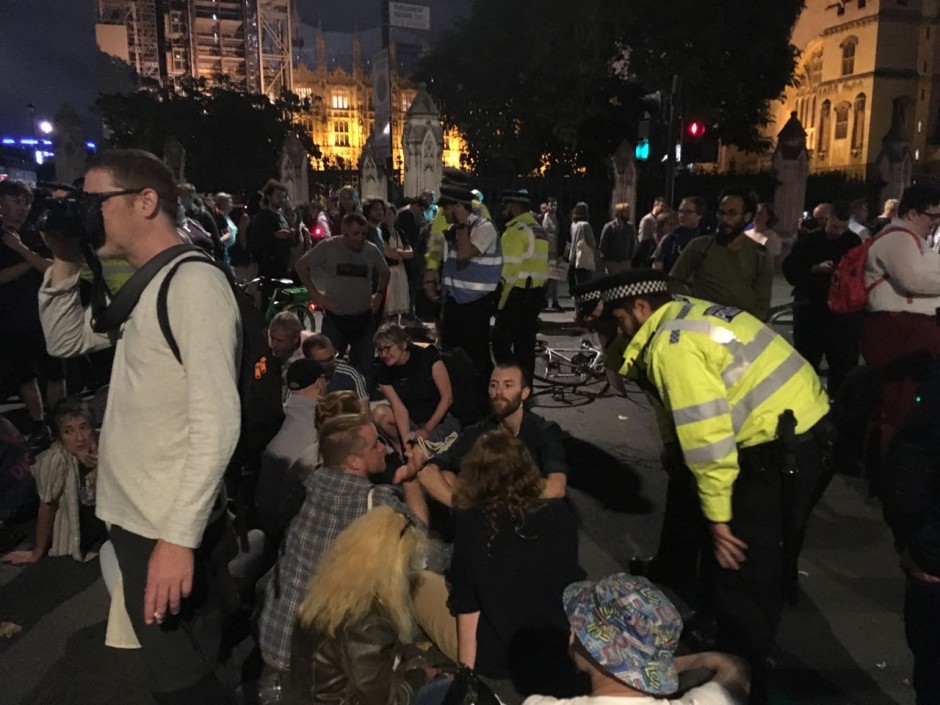 I went to a pub near Trafalgar Square and quickly edited the footage above and posted to YouTube. As I returned to Parliament Square at 10.30pm a small but committed group still blocked the road surrounded by fluro-jacketed Police. They look to be settled in for the long haul.