This walk following the Dagenham Brook was the fourth in my series as psychogeographer-in-residence for Waltham Forest Borough of Culture 2019. The Dagenham Brook started life as a humble ditch rising in Higham Hill with sewage flowing into it from Walthamstow. The name comes from the ‘Dagenham Commissioners of Sewers’ under whose jurisdiction it fell.

We start the walk on the corner of Ruckholt Road and Orient Way where an embankment and trenches from Roman or Romano-British earthwork and Roman burials were excavated, leading some historians to speculate that this may have been an important waystation on the Roman road between London and Colchester. 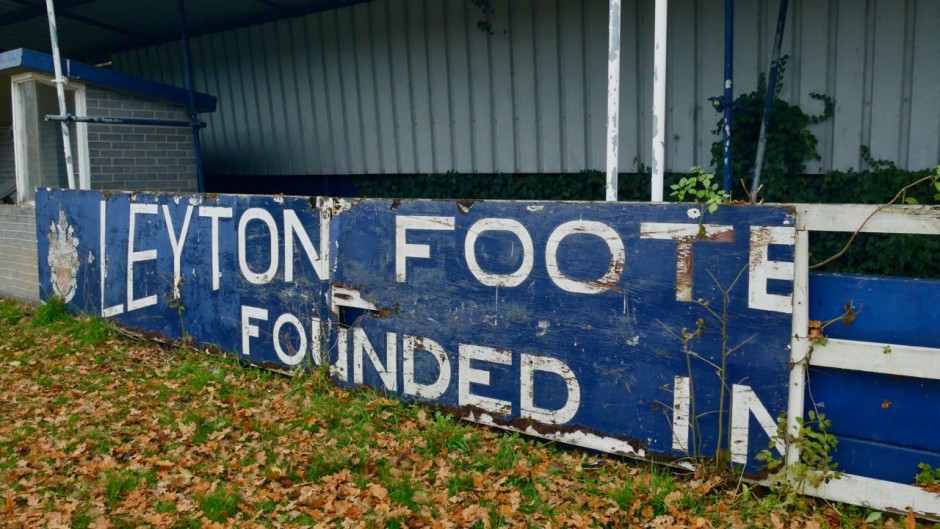 We then follow the Dagenham Brook across Marsh Lane Fields (Leyton Jubilee Park) then through the Warner Estate and onto Lea Bridge Road. I was joined on the two guided walks by artist Lucy Harrison who explored the life of the Warner Estate in a fascinating project, WE. We take a look at the abandoned ground of Leyton F.C once one of the oldest football clubs in London, founded in 1868 – now derelict.

From here we cross Lea Bridge Road and walk down Blyth Road (also part of the Warner Estate) and up Bridge Road to Markhouse Road. This is one of the old roads of Walthamstow crossing Markhouse Common. The name derives from ‘maerc’ meaning a boundary as the boundary between Leyton and Walthamstow ran through Mark House manor. Markhouse Common was sold to property developers in the 19th Century.

We turn into Veralum Avenue then Low Hall Road and South Access Road passing the Walthamstow Pumphouse Museum. Low Hall Manor was a 14th Century Moated manor house with extensive grounds – two-storey timber framed building like the buildings in Tudor Close. The 17th Century farmhouse was destroyed by a V1 flying bomb in 1944. The Dagenham Brook probably fed the moat. 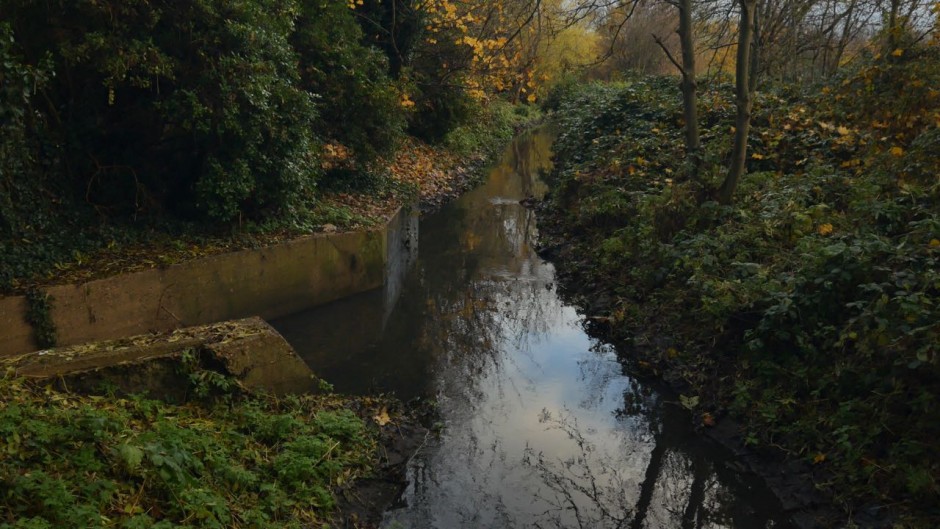 We walk around Low Hall Sports Ground and into Low Hall Wood Nature Reserve to look at Owen Bullet’s artwork, The Clearing, and pick up the Dagenham Brook. Turning into North Access Road we see the River Lea Flood Relief Channel and pass by St. James Park. We walk beneath the railway bridge and turn into Salop Road then Elmfield Road. We follow Elmfield Road round until we reach Coppermill Lane and the end of the walk.

Many thanks to Max ‘Crow’ Reeves for joining me on the walk. Take a look at Max’s photo book following a season with Clapton CFC.