Walk from Brentwood to Grange Hill 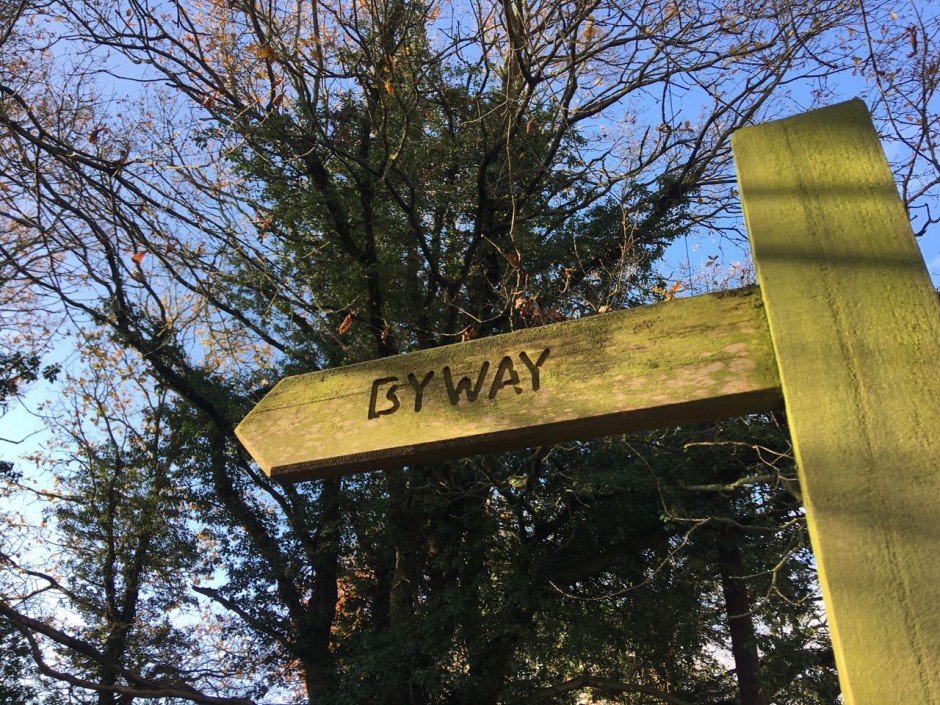 I found myself late Sunday morning just to the north of Brentwood at Bentley and decided to walk back towards London. I had no real route in mind other than to end up at a Central Line Station somewhere. 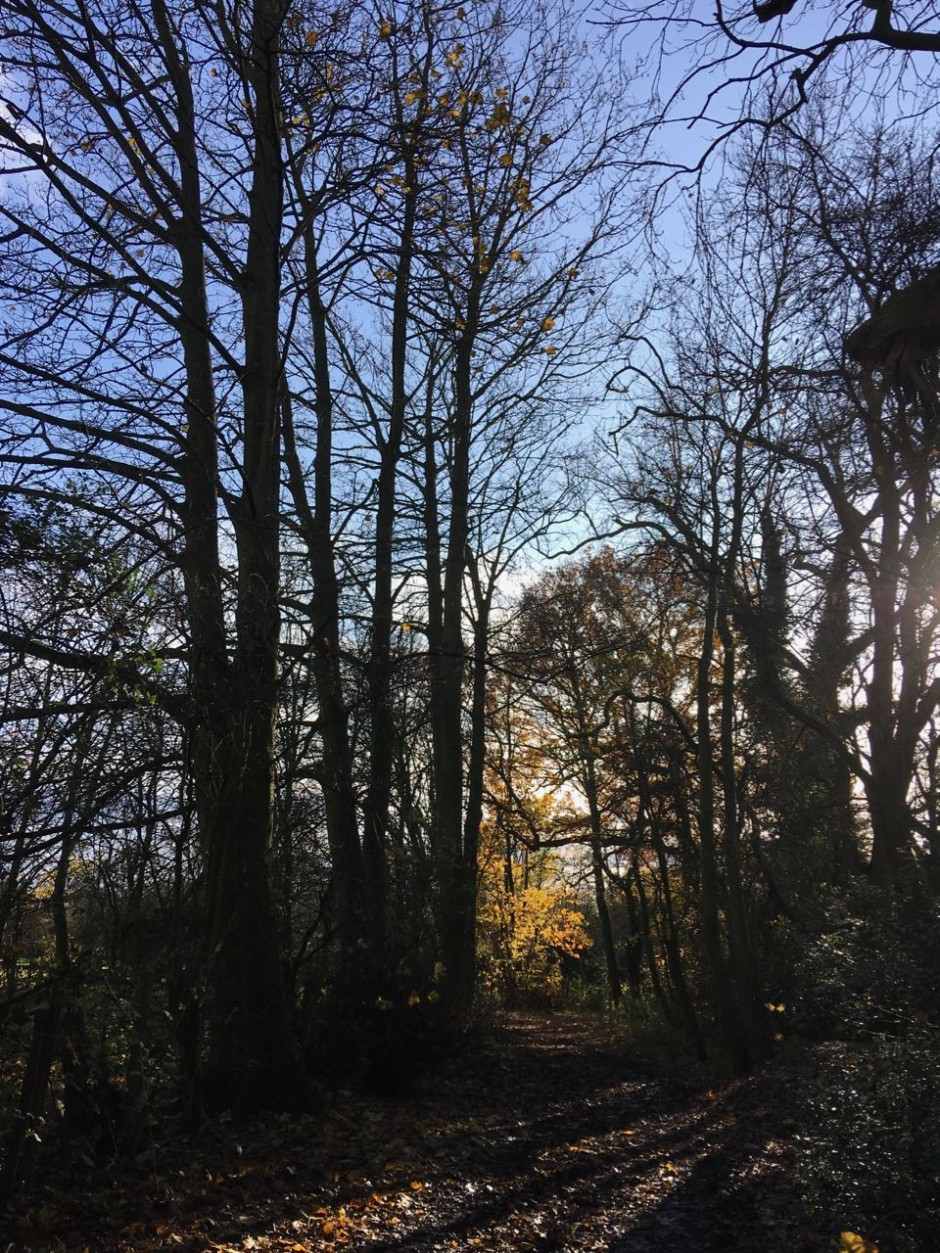 I started off down Hullet’s Lane. It was crisp and cold, a few degrees above zero. I then decided to loop back up along Pilgrim’s Lane and across The Mores, a strip of woodland where last autumn I went looking for Stukeley’s Druid temple. 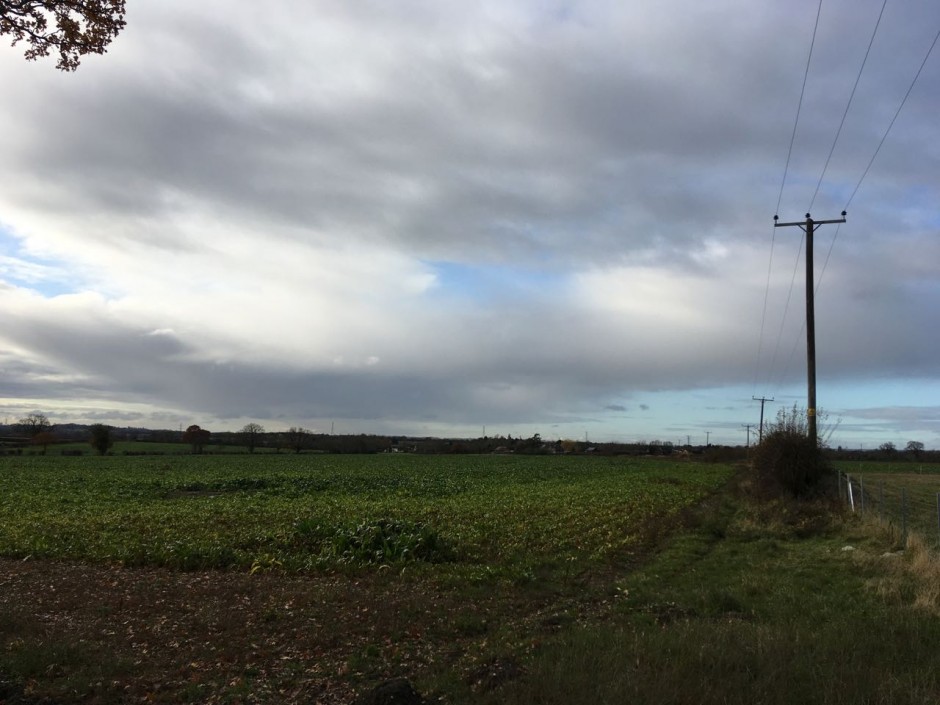 Guided at this stage by an OS Map, I picked up a footpath off Wheeler’s Lane that ran across farmland. The path ended at a locked gate, the stile wrapped in wire. I had no choice other than to find the diverted route of the path that took me round the farmhouse into a track where I plunged into deep soft mud halfway up my calf. It oozed beneath me like quicksand, I wondered what I had stepped into and how far I’d sink. Cold mud filled my boots but I managed to drag myself out onto solid ground. (I checked the other end of the path where it exited onto the road to find a bull and cow slumbering by the stile). 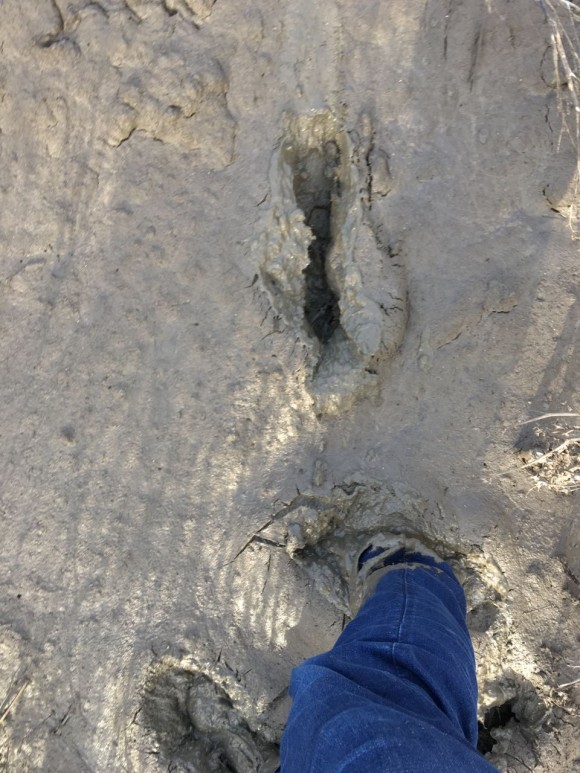 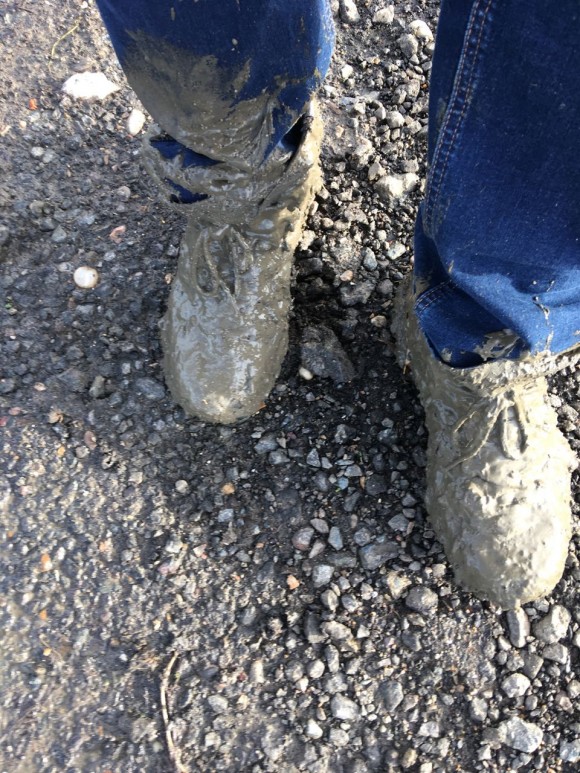 I decided to stick to the road as I continued through Navestock, passing a large Ice Age pudding stone that had been raised on a plinth to mark the millennium, then crossed the M25. After paying homage to a trig point by a medieval moat on Navestock Common, I followed the long steep track to Curtis Mill Green. 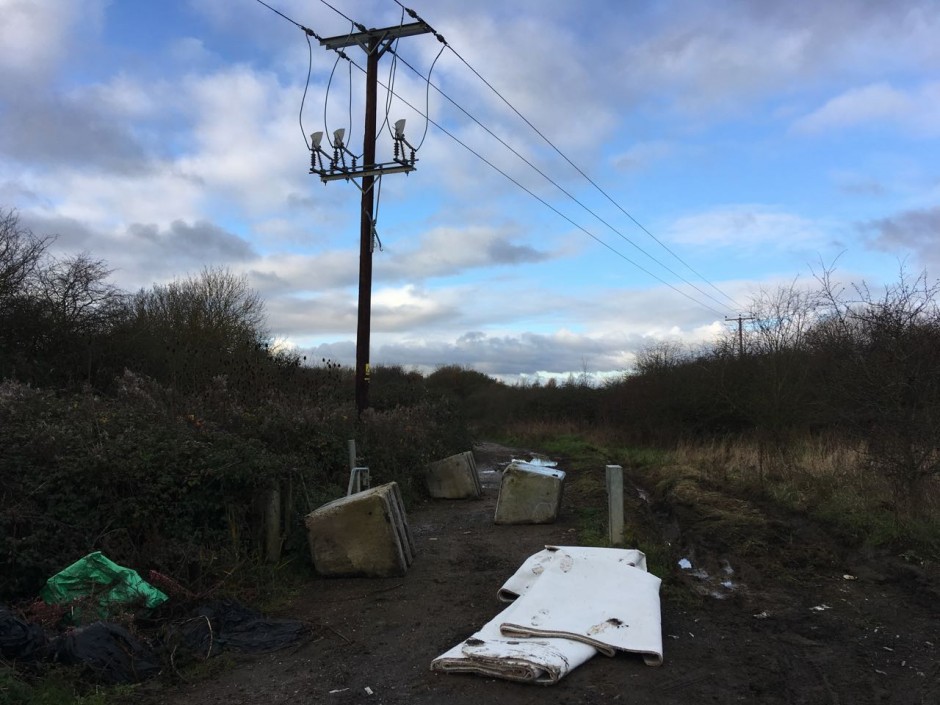 There was a scattering of fly-tipping, further up the track beer barrels lay strewn among the hawthorn trees. There was an abandoned cottage crumbling in the undergrowth. Above the hedgerow the sun pitched on distant uplands, a large hill stood resplendent (Cabin Hill?), just visible beyond were the London skyscrapers. 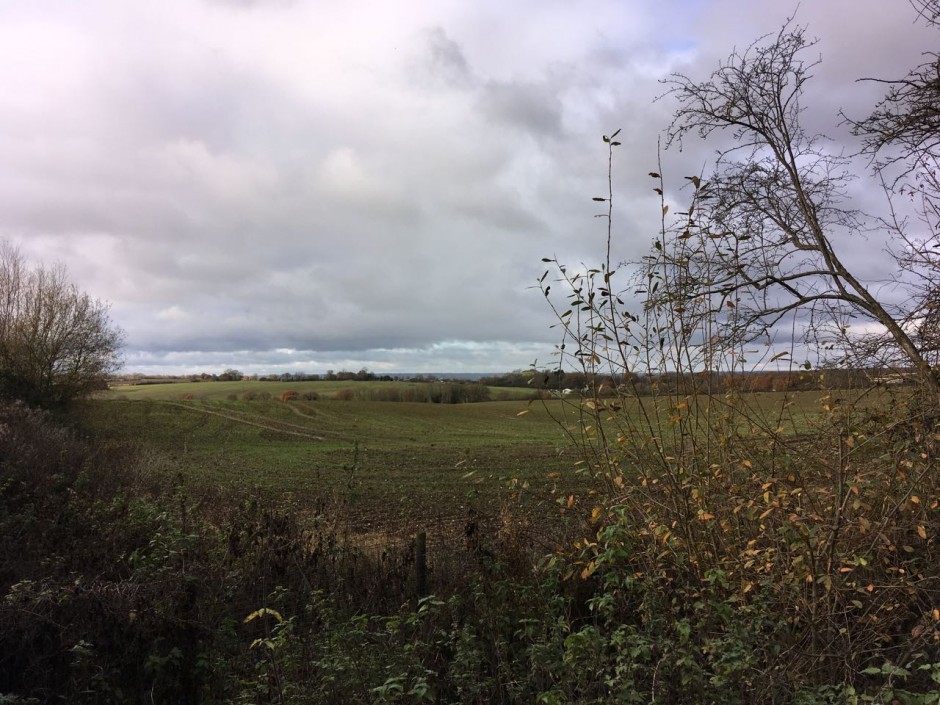 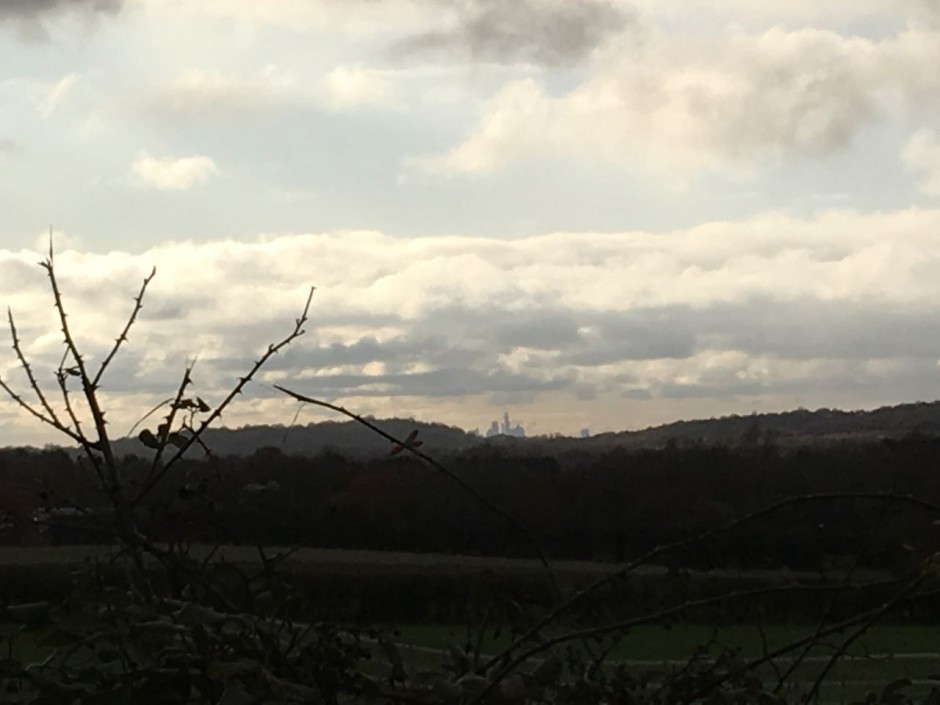 I hadn’t eaten since 8am and wondered whether the need for food would eventually dictate my route. But the hunger didn’t seem to rise above a slight annoyance. 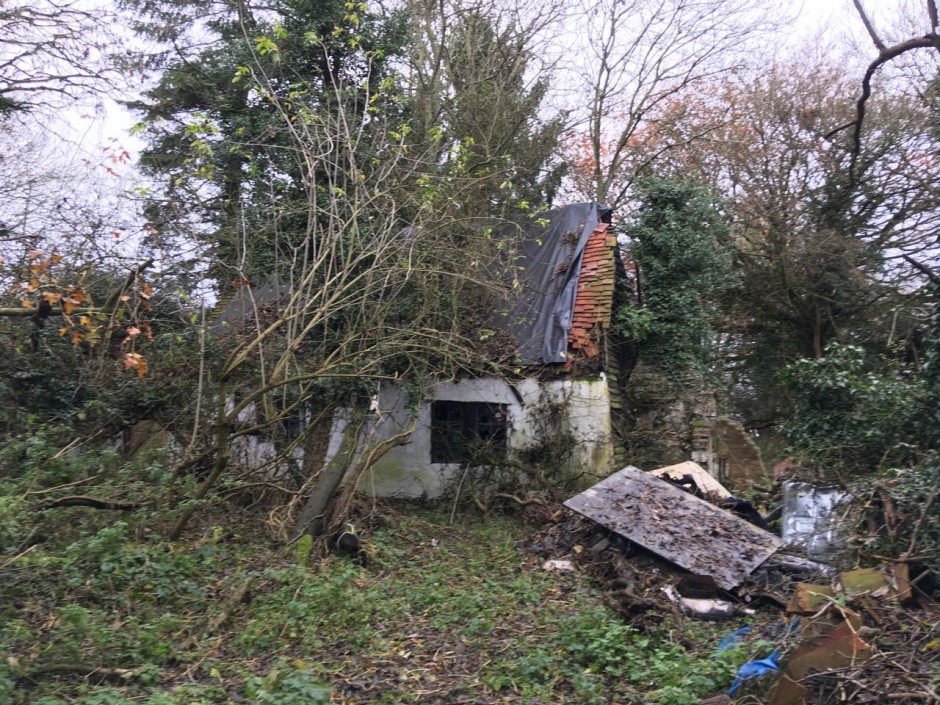 My OS map ended at Stapleford Church so from here I was dependent on my phone for navigation. I found a footpath off the main road across farmland heading for Stapleford Aerodrome. For once, a footpath closure provided a happy accident. Forced to scramble through bushes and leap over a stream I found myself confronted with a second world war pillbox nestled into the riverbank obscured by ivy and an overhanging tree. It would have formed part of the Outer London Defence Ring when the airfield was taken over during the war becoming RAF Stapleford Tawney. 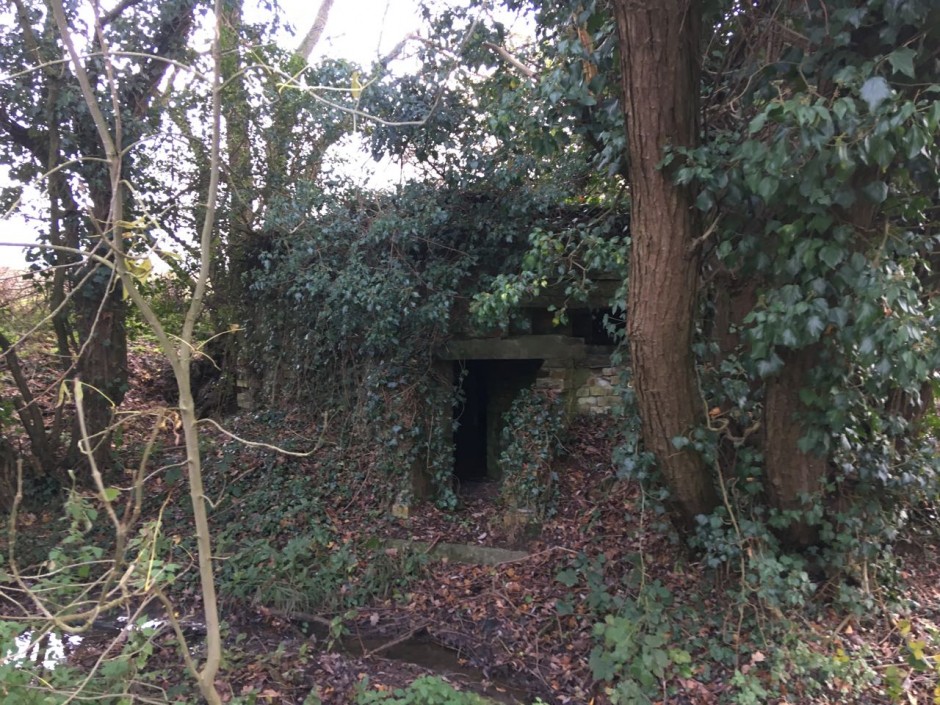 Crossing the field light aircraft buzzed low overhead coming in to land, the sound of their engines making you think of the Hurricanes and Spitfires that operated from the grass runways at Stapleford until 1943. 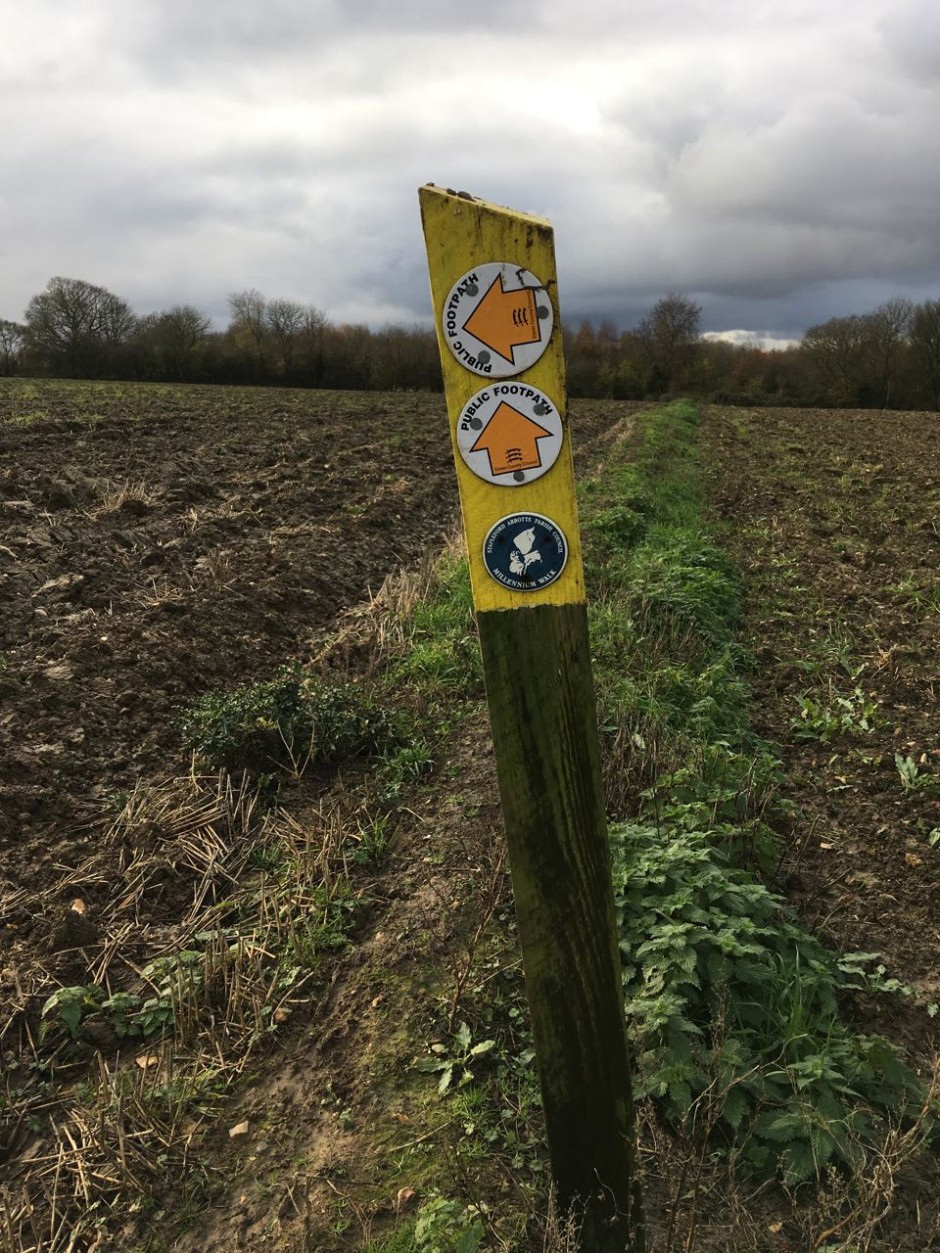 More paths across bare muddy fields brought me to a familiar junction near Lambourne Church. The battery on my phone was low and it was randomly shutting down, so it was good to know that I could find my way back to the tube network from here by memory. The ‘ancient green lane’ through Conduit Wood, although only passed twice before had the feeling of home. It’s a landscape I imagine woodland sprites occupy.

My knee decided to lock and cease to function as I reached Lambourne End. An old affliction I was sure had gone away. Maybe it was the cold, yomping through deep mud, and the faster than usual pace, I don’t know. So now it meant hauling my useless left leg down the muddy bridleway (Featherbed Lane) to Crabtree Hill in Hainault Forest. The pain started to ease. I could traverse these paths in the dark (as I have done before, and in deep snow too) if needed and started to think of food and a pint at the Red Lion back in Leytonstone. 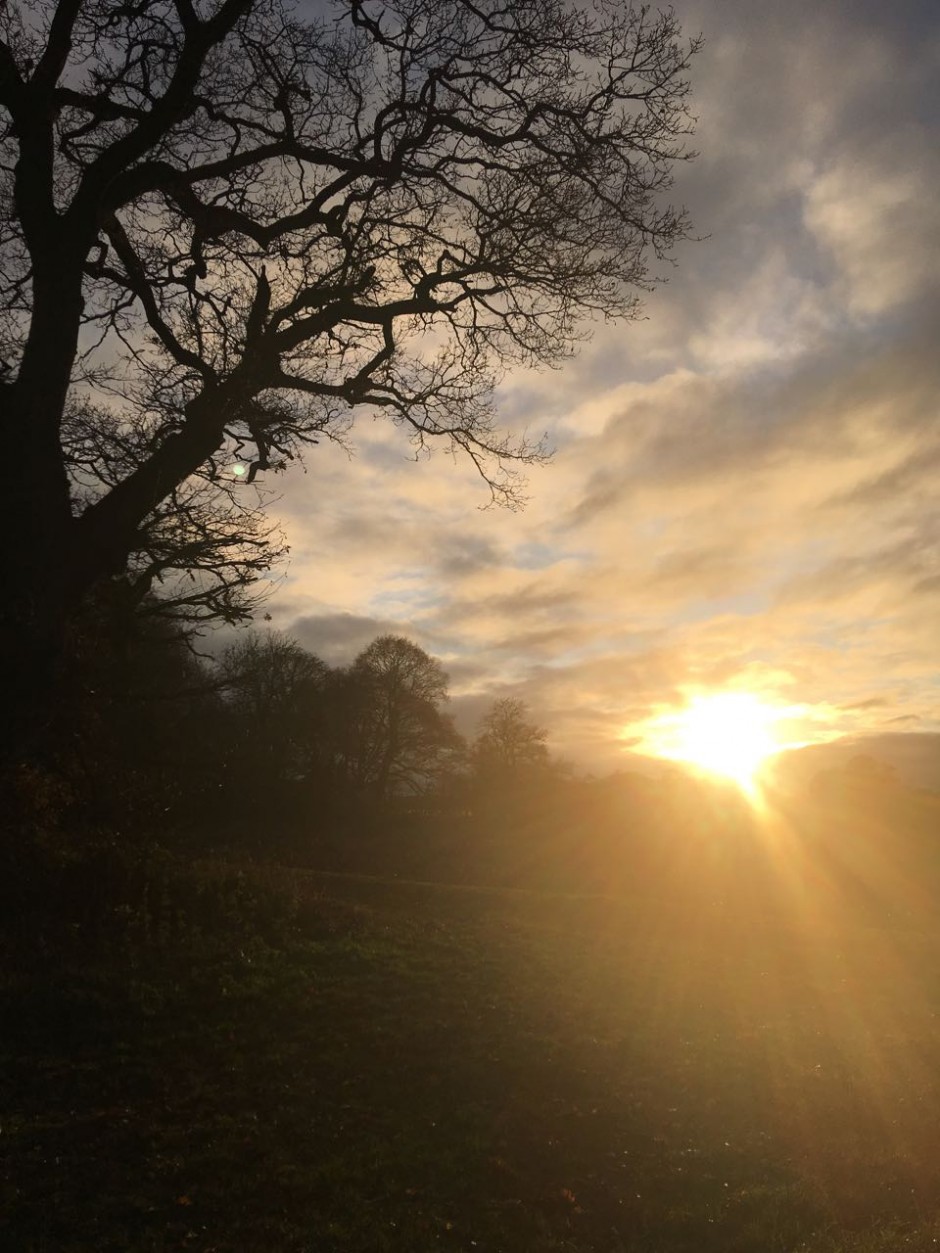 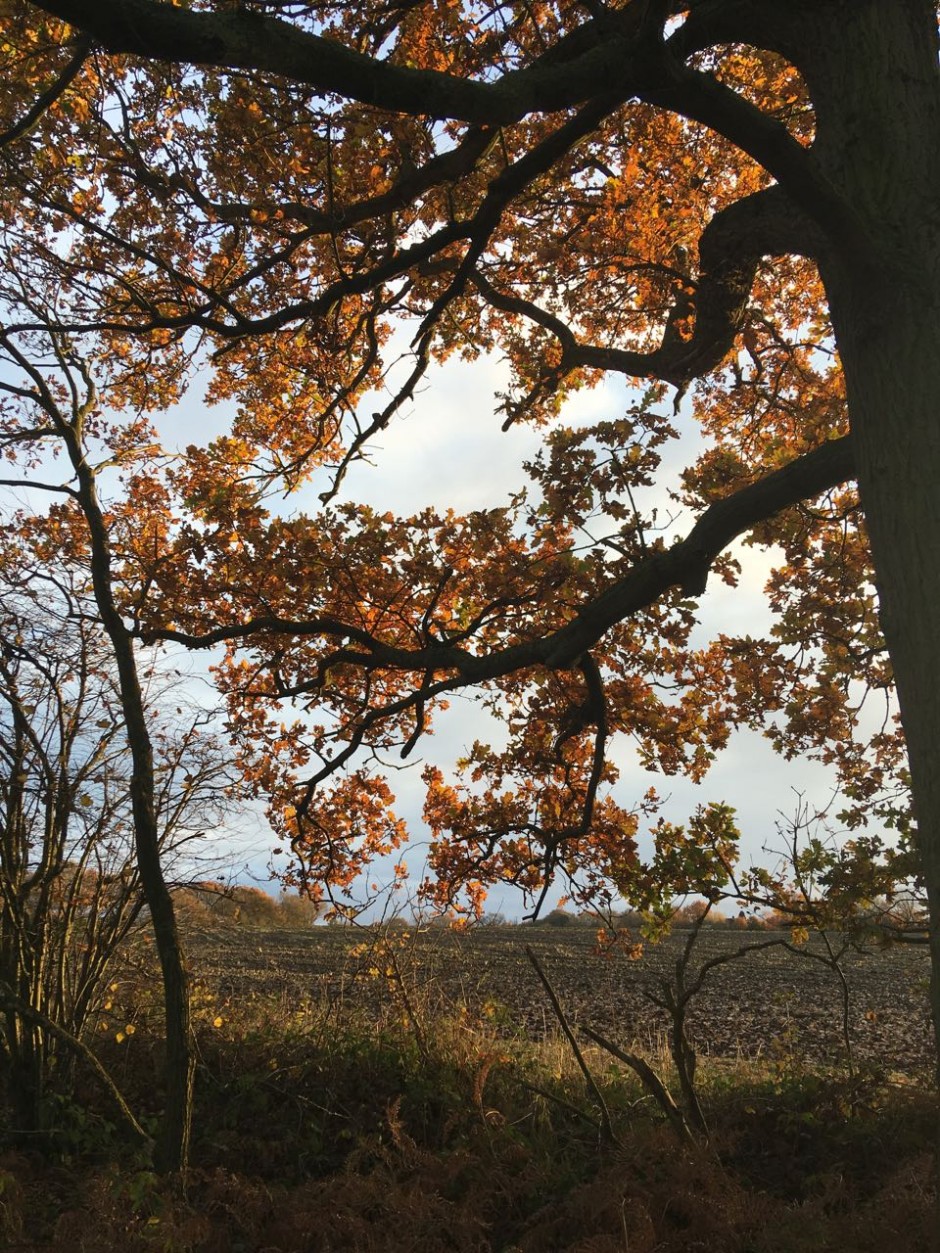 I eventually stumbled out of Hainault Forest  across Weddrell’s Plain onto Chigwell Row as the sunset gave way to darkness. I remembered the little office licence where I’d bought a can of cold lager and snacks after a long summer evening stroll and bagged a chicken and mushroom slice and a can of lemon Fanta.

The walk in the dark down the hill to Grange Hill Tube Station was completed in a reverie. The lights of London Town shimmered in the distance. 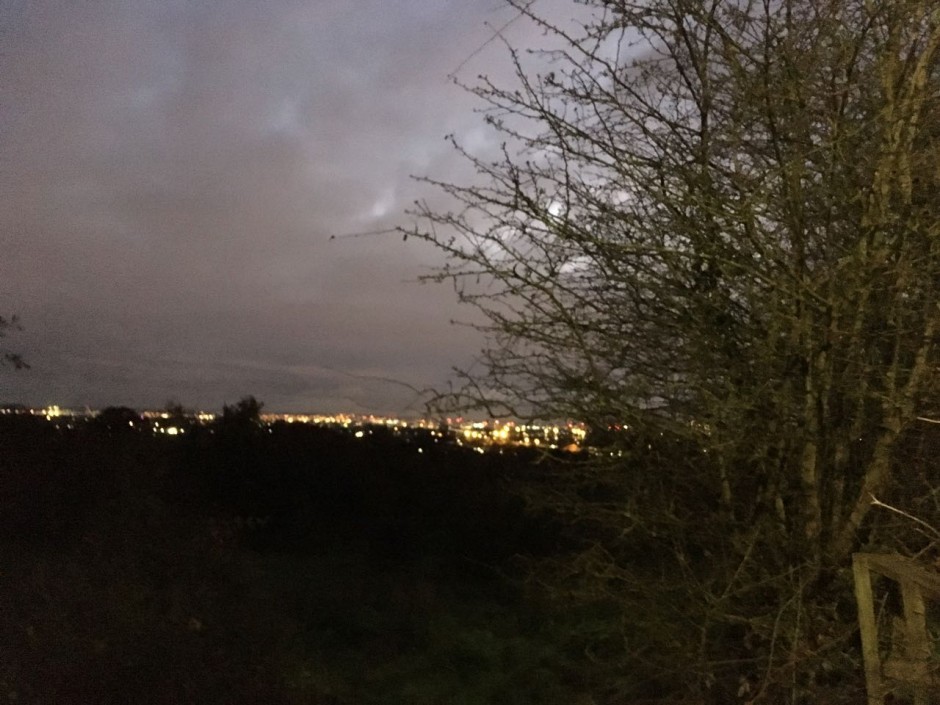 Search for the Druid Temple on Navestock Common

Unto the Fields (of Chigwell and Loughton)