This glorious walk over Pole Hill and along what J.A Brimble called the ‘western escarpment’, is the final video in my series as psychogeographer-in-residence for Waltham Forest London Borough of Culture 2019.

We begin at Chingford Station, an early staging post for forays into Epping Forest when it was declared ‘The People’s Forest’ by Queen Victoria when she came to Chingford in 1882 in celebration of the passing of the Epping Forest Act of 1878 which preserved the forest for the citizens of London. Queen Victoria’s 7th son, the Duke of Connaught, became the first Ranger of Epping Forest, and our walk heads along Connaught Avenue.

At the end of Connaught Avenue we start our ascent of Pole Hill, the highest point in the London Borough of Waltham Forest. At the summit is a trig point and an obelisk bearing two plaques. The first notes that the “pillar was erected in 1824 under the direction of the Reverend John Pound M.A. Astronomer Royal. It was placed on the Greenwich Meridian and its purpose was to indicate the direction of true north from the transit telescope of the Royal Observatory.” The second commemorates the association with T.E. Lawrence (of Arabia) who owned this land until 1922 when it was incorporated into Epping Forest.

Often overlooked though is the concrete base of a Second World War Anti-Aircraft Gun which would have scanned the skies above the Lea Valley as German bombers made their way to wreak destruction on the London Docks. 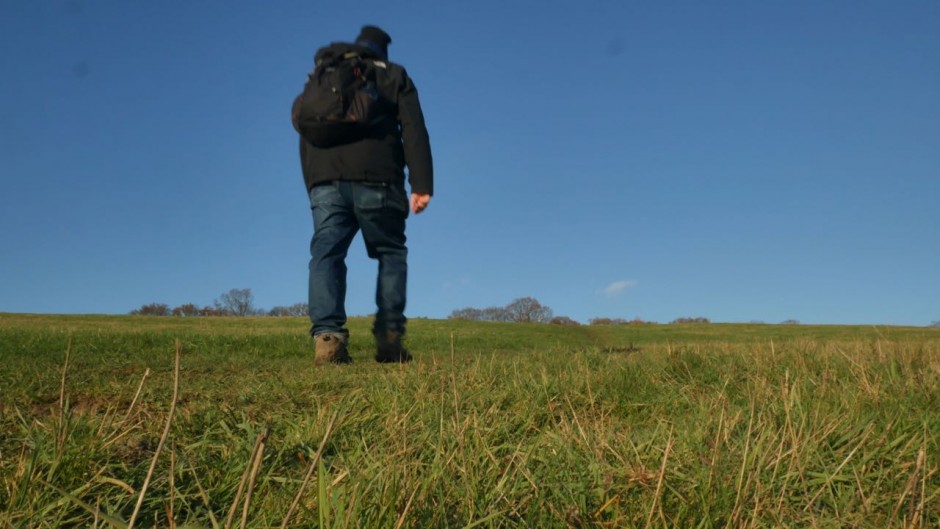 We follow the footpath through woodland and descend into the valley of the Hawksmouth, before climbing once more, this time across Yates’ Meadow and Yardley Hill. From here are some of the finest views of London as we stand perched on its northeastern border, with Essex behind us. The towers of the City shimmer in the distance calling to mind PJS Perecval’s description of London’s orgins as a “stockade in the woods – the Llyndin of the ancient Britons.” (London’s Forest, 1909).

We retrace our steps back down the edge of Yardley Hill, and into Hawk Wood. One of the participants in the guided walks I led with artist Rachel Lillie, emailed me with this note on the possible origins of the name of Hawk Wood, “In 1498 William Jacson of Chingford Halke (Hawkwood) was a member of the Swainmote Court. Halke in Middle English meant a refuge, retreat or hiding place. It also has been said that Hawk means a nook of land in the corner of a Parish.” 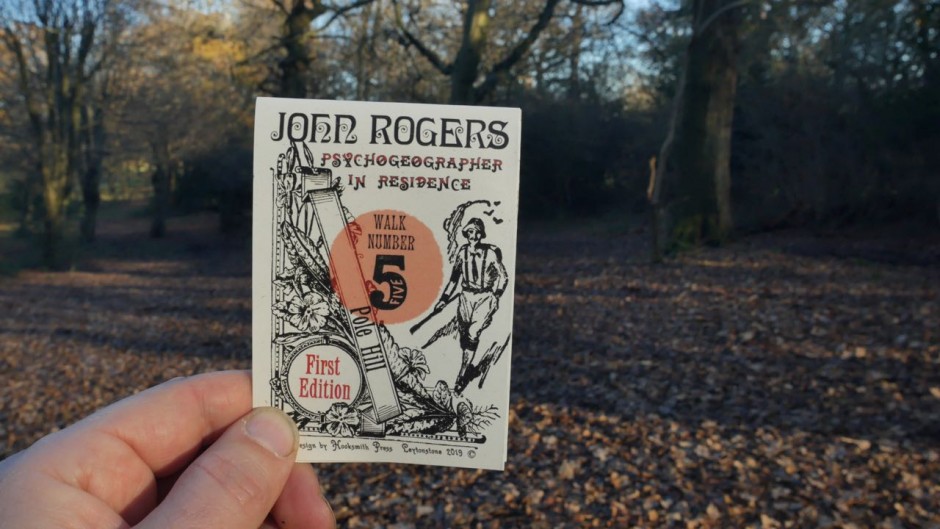 Crossing Bury Road we enter Bury Wood till we reach the point where the Cuckoo Brook crosses the footpath. From here we turn across Chingford Plain, a place I end many forest walks bathed in glorious sunset. Queen Elizabeth’s Hunting Lodge stands proudly on the hill from where Henry VIII would watch the hunt on the plain below. A Brewer’s Fayre sits invitingly next to the Hunting Lodge or you can continue across the grasslands where cattle graze back to Chingford Station.