A walk along the Clitterhouse Brook with Nick Papadimitriou 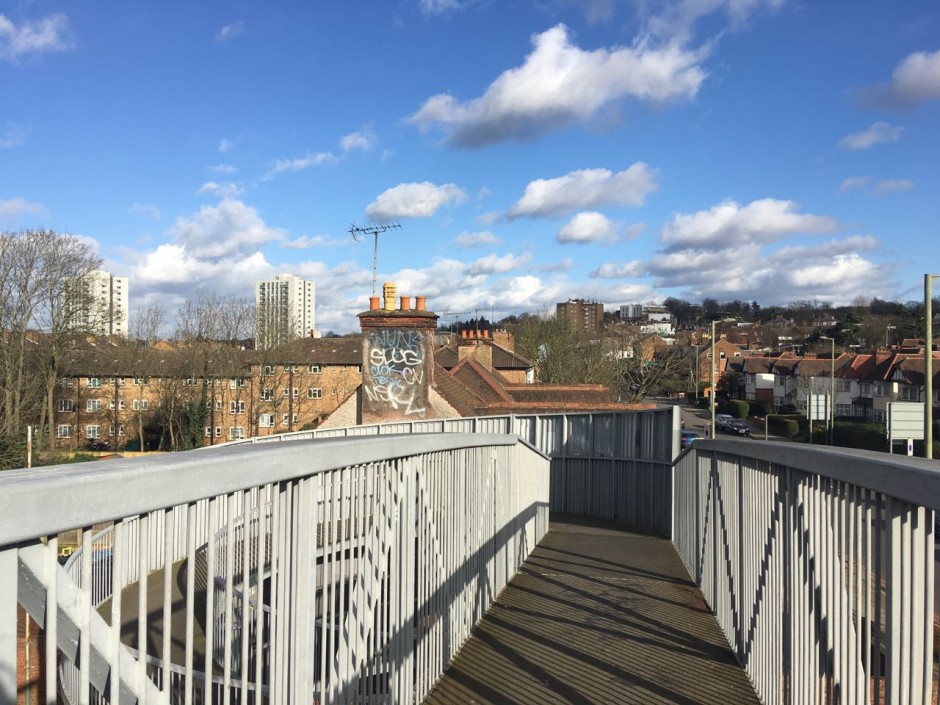 The other day I found myself crossing over the A41 where it intersects with Cricklewood Lane. This bridge instantly triggered memories of walks with Nick Papadimitriou, starting in the summer of 2005, that often took us over this metal bridge with the Hendon Way pulsing below and views of the distant high ground that would later become the subject of Nick’s celebrated book, Scarp. 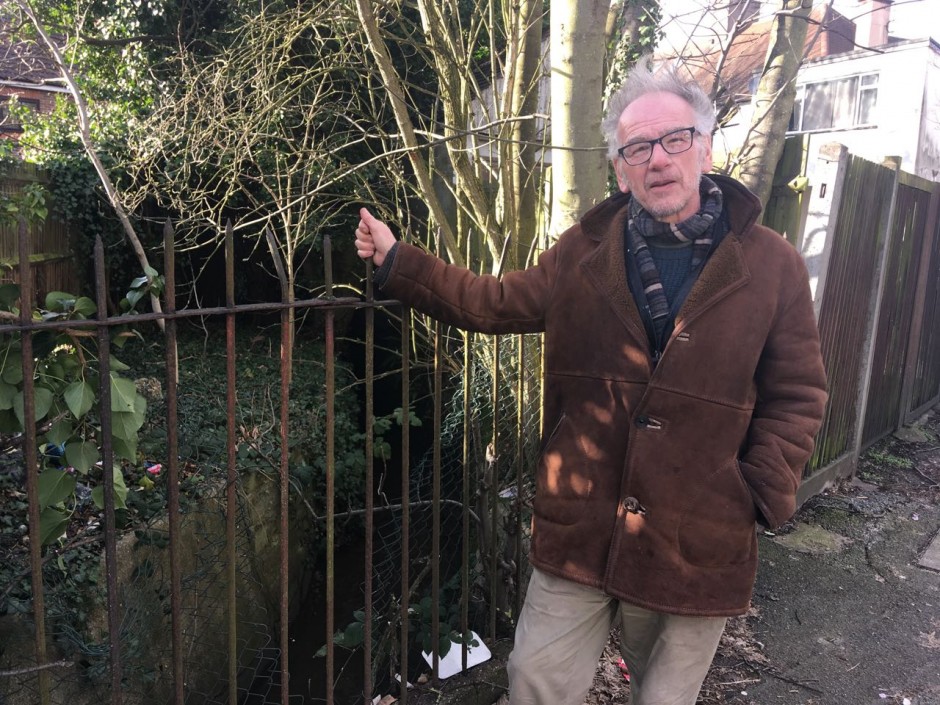 It’s been a few years since I last walked with Nick, following a period of time when we made The London Perambulator, then our radio show on Resonance fm, Ventures and Adventures in Topography. So I was delighted to find him there stood beside the Clitterhouse Brook on Child’s Hill (ok, I rang on his door). Nick spontaneously suggested we walk the length of the Clitterhouse Brook to the point where it makes its confluence with the River Brent at Brent Cross. 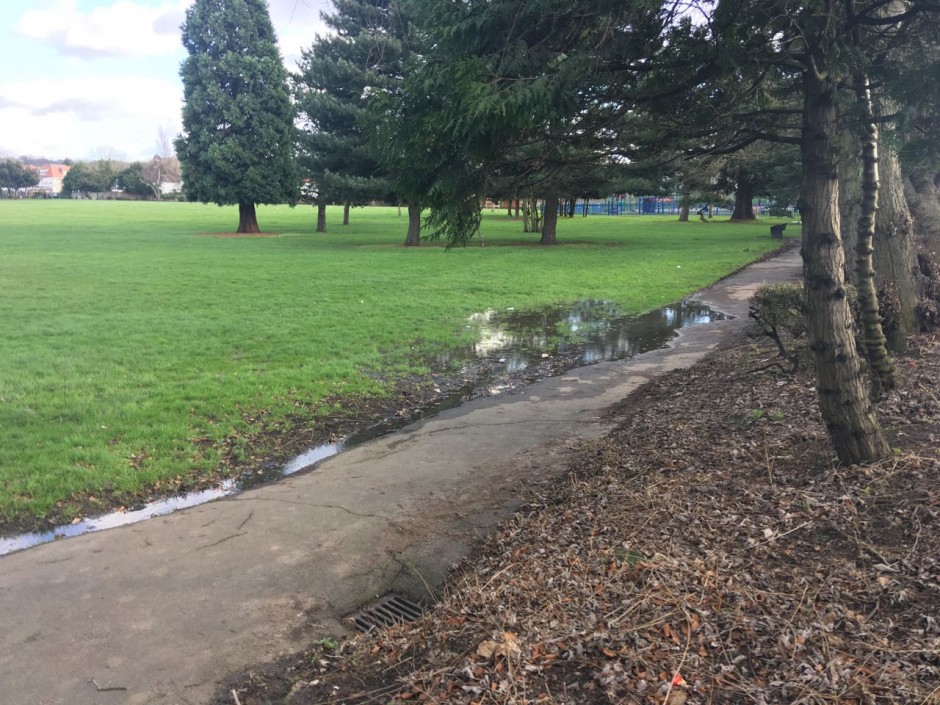 We crossed Basing Hill Park where the water laid heavy on the path, and then walked along the Hendon Way, taking the subway beneath the road to Clitterhouse Recreation Ground. 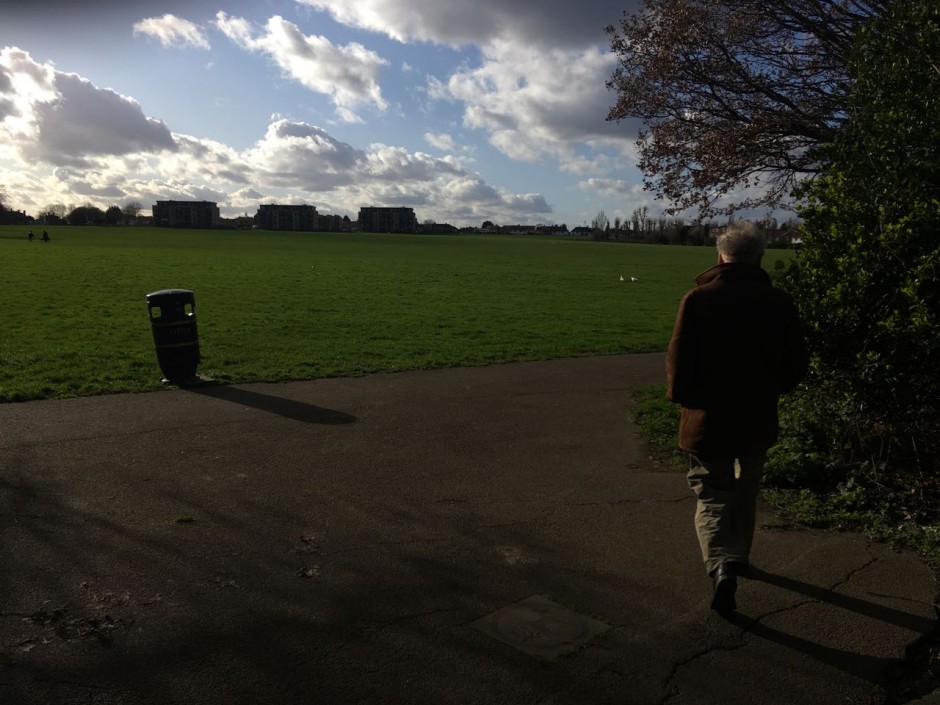 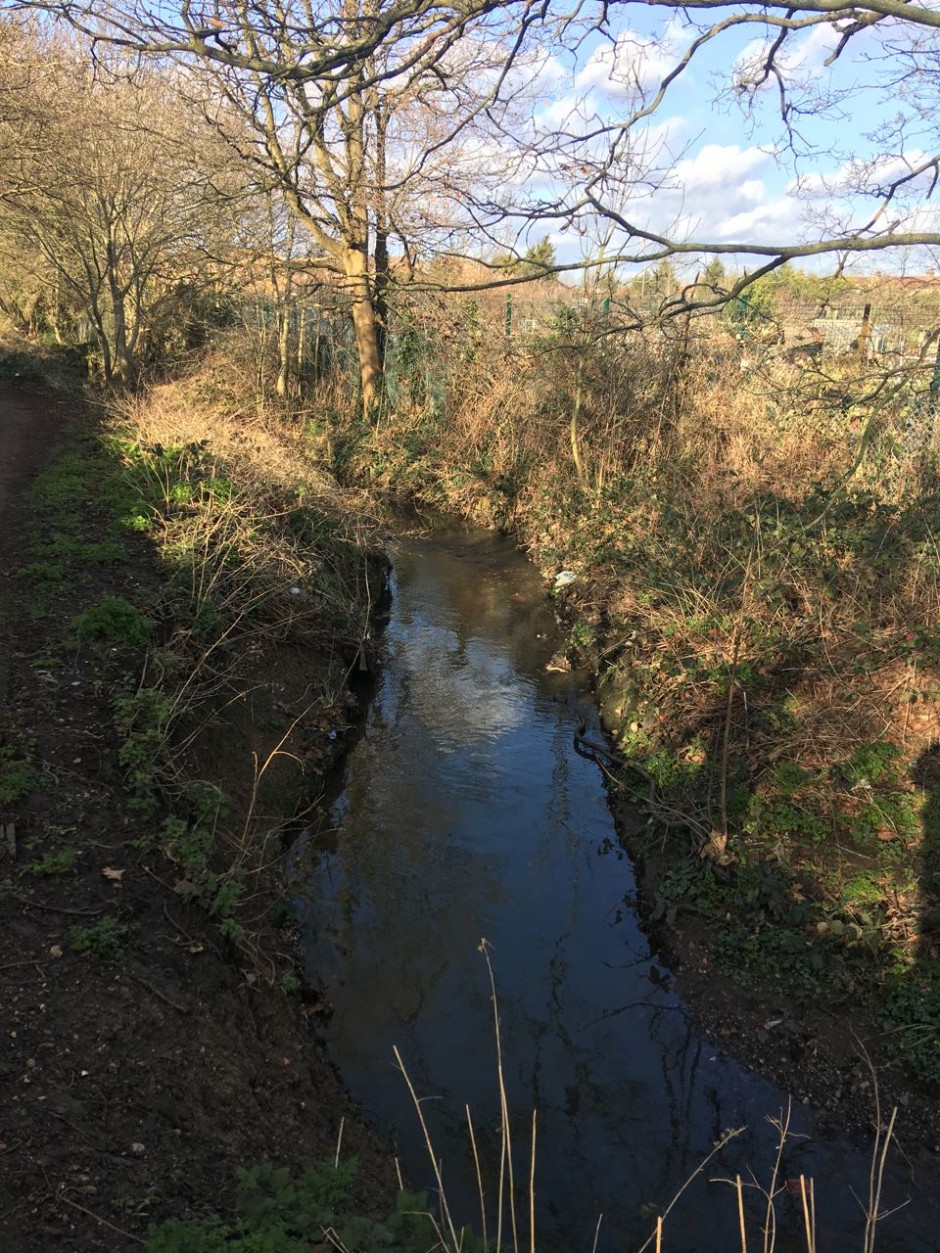 “Clitterhouse Farm means ‘clay house’ farm. Earliest known origin of this farm dates from c.1321 when it was owned by John de Langton. Up until around the 1770s it was a manor and was owned by St Bartholomew’s Hospital from the 15 th to 20th centuries. ” The survey by Cranfield University mentions that some of the farm buildings still exist in one corner of the playing field. 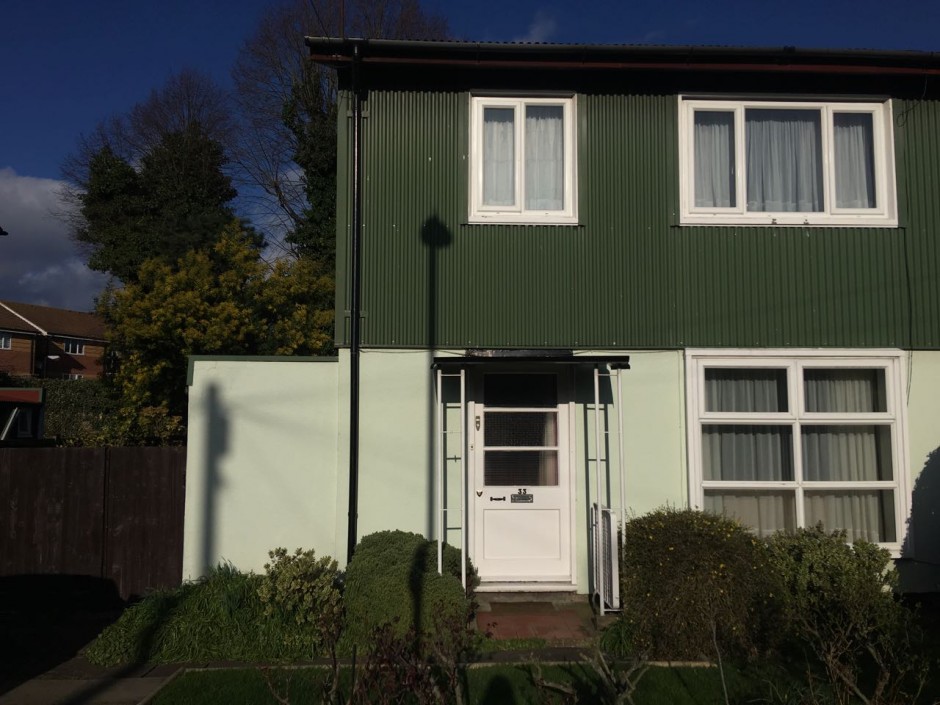 We followed the brook into a postwar housing estate that Nick said was know locally as ‘Tin Town’, due to the metal cladding on the houses. 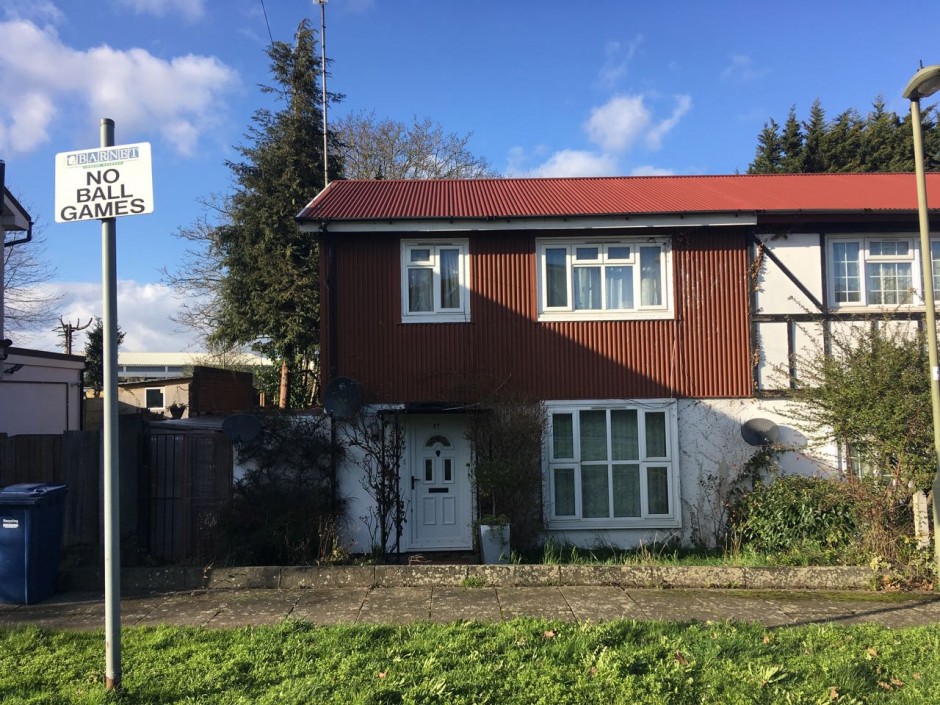 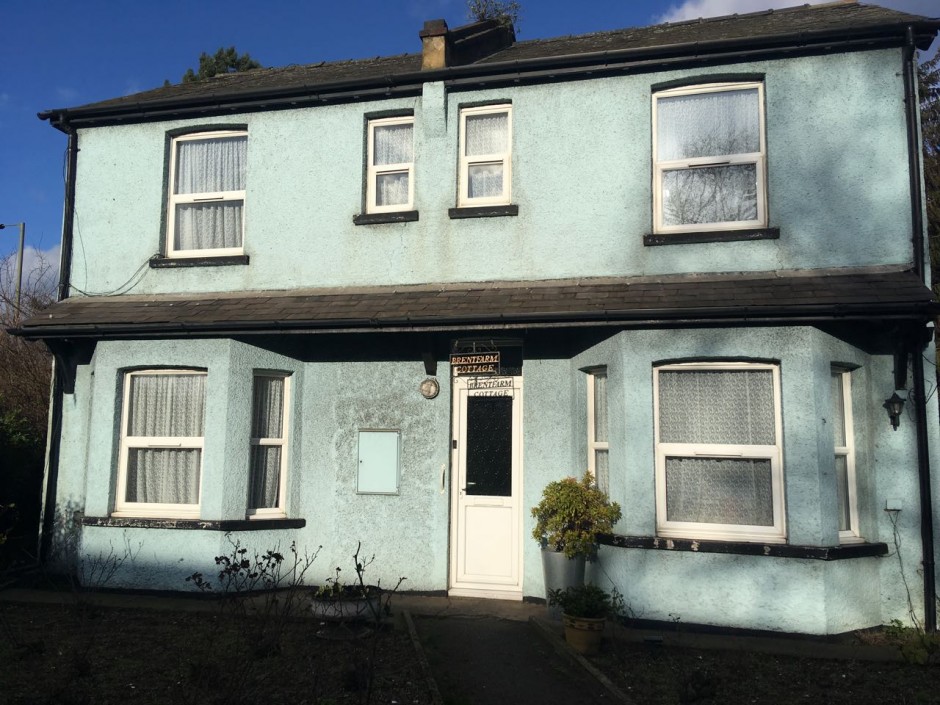 Brentfarm Cottage, Nick told me was the site of a sewage farm now occupied by a school. The Hendon Fever Hospital was also located hereabouts on former farmland sold off in the 1880’s. 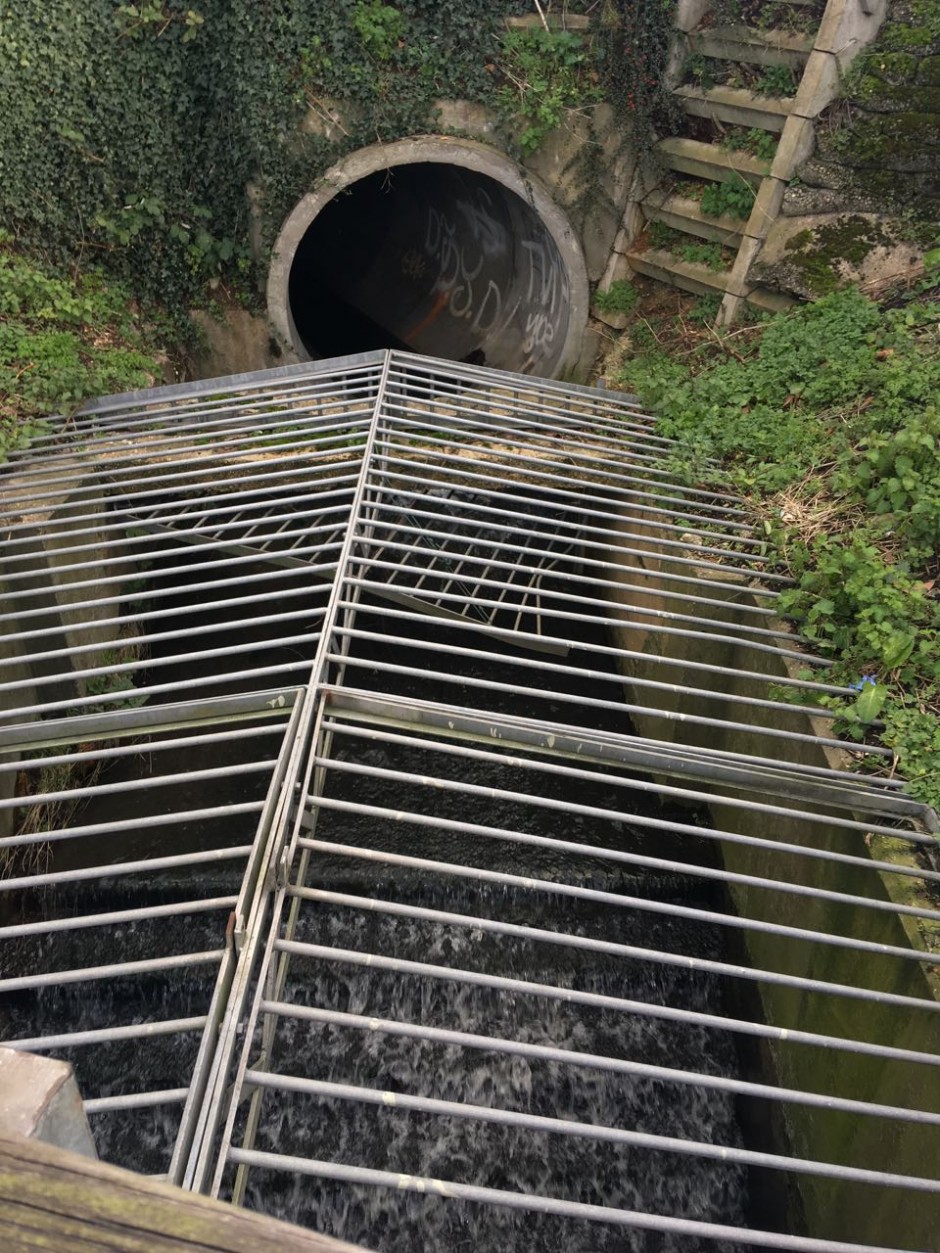 The Clitterhouse Brook gushed from a concrete pipe and flowed beneath the North Circular to make its confluence with the River Brent on the far side of the road near Brent Cross Shopping Centre. It was a majestic sight to see this suburban stream rushing to meet its mother river before working its way to the Thames at Brentford.

It was also great to be back out walking with Nick again.

Scene from the end of my garden.