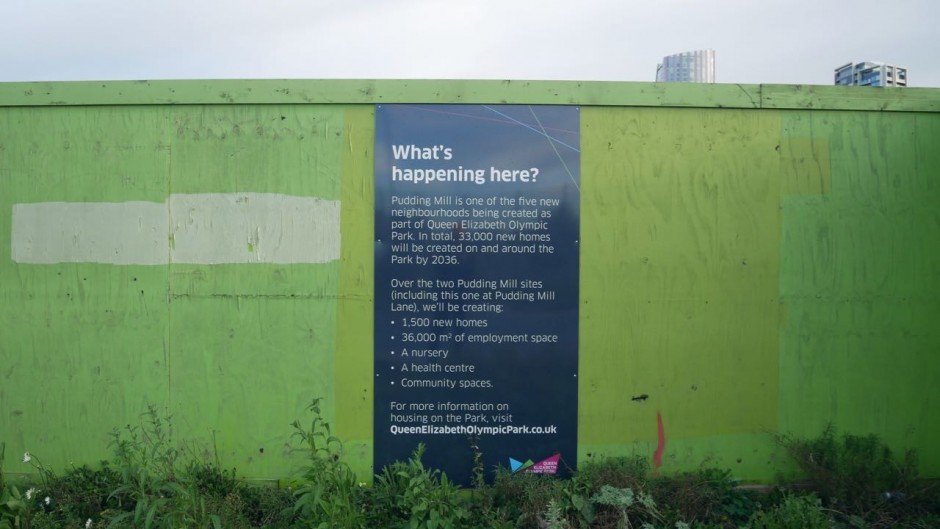 The no-show of a herb forager for a walk around Pudding Mill Lane gave me the opportunity to log developments around the site as part of my on-going obsession with the Olympic zone. It appears as if not a great deal has changed around Pudding Mill Lane over the last five years or so other than the appearance of this signage. ‘What’s Happening Here?’ seems to capture the mood perfectly. 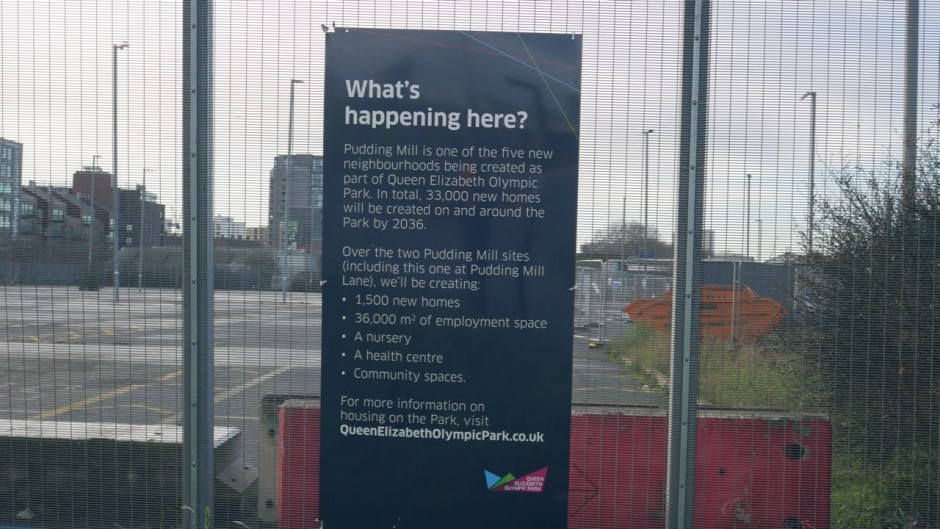 “Pudding Mill Lane is one of the five new neighbourhoods being created as part of the Queen Elizabeth Olympic Park. In total, 33,000 new homes will be created on or around the Park by 2036. 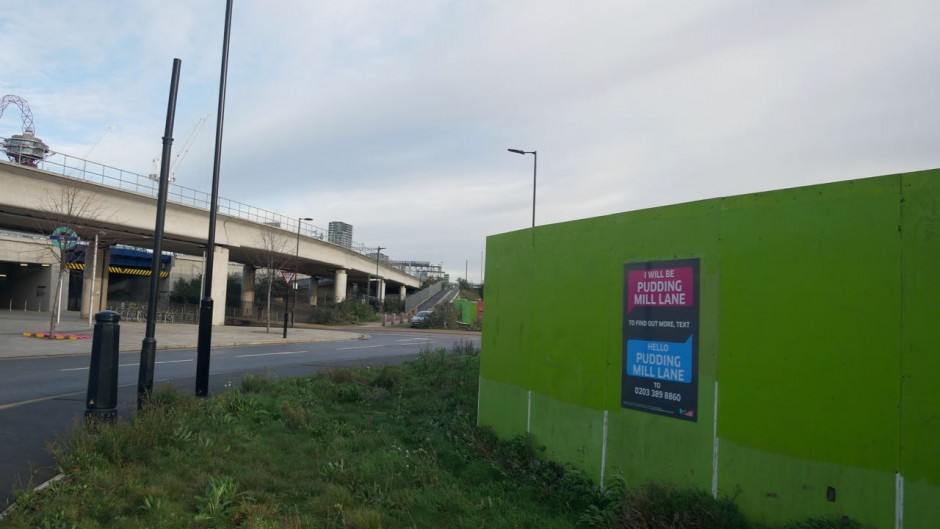 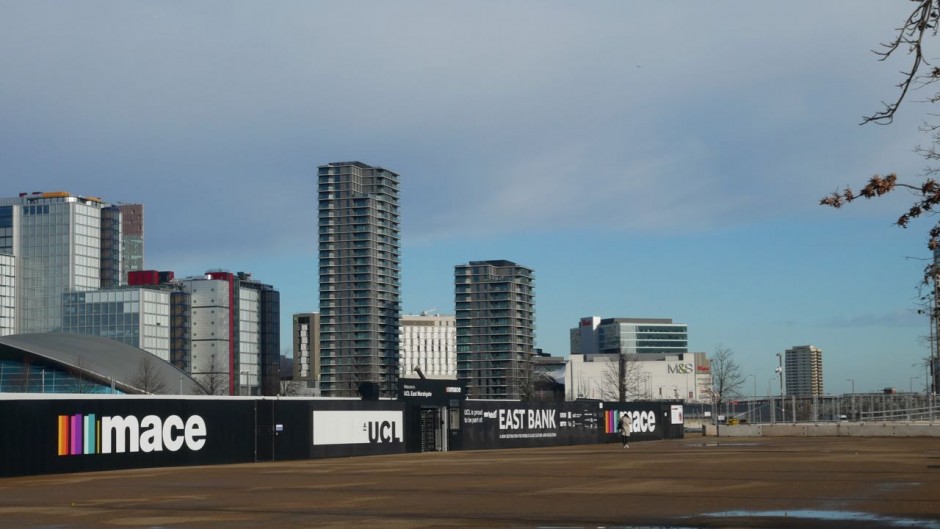 Heading back towards the Olympic Stadium the hoardings have gone up around the East Bank development. Here’s the official description of East Bank:

“East Bank is a new powerhouse for innovation, creativity and learning on Queen Elizabeth Olympic Park. It is a unique collaboration between world-leading universities, arts and culture institution that opens up opportunities for everyone who visits, lives and works in east London.”

It’s divided into two sections – UCL East (pictured above), and Stratford Waterside which will contain: 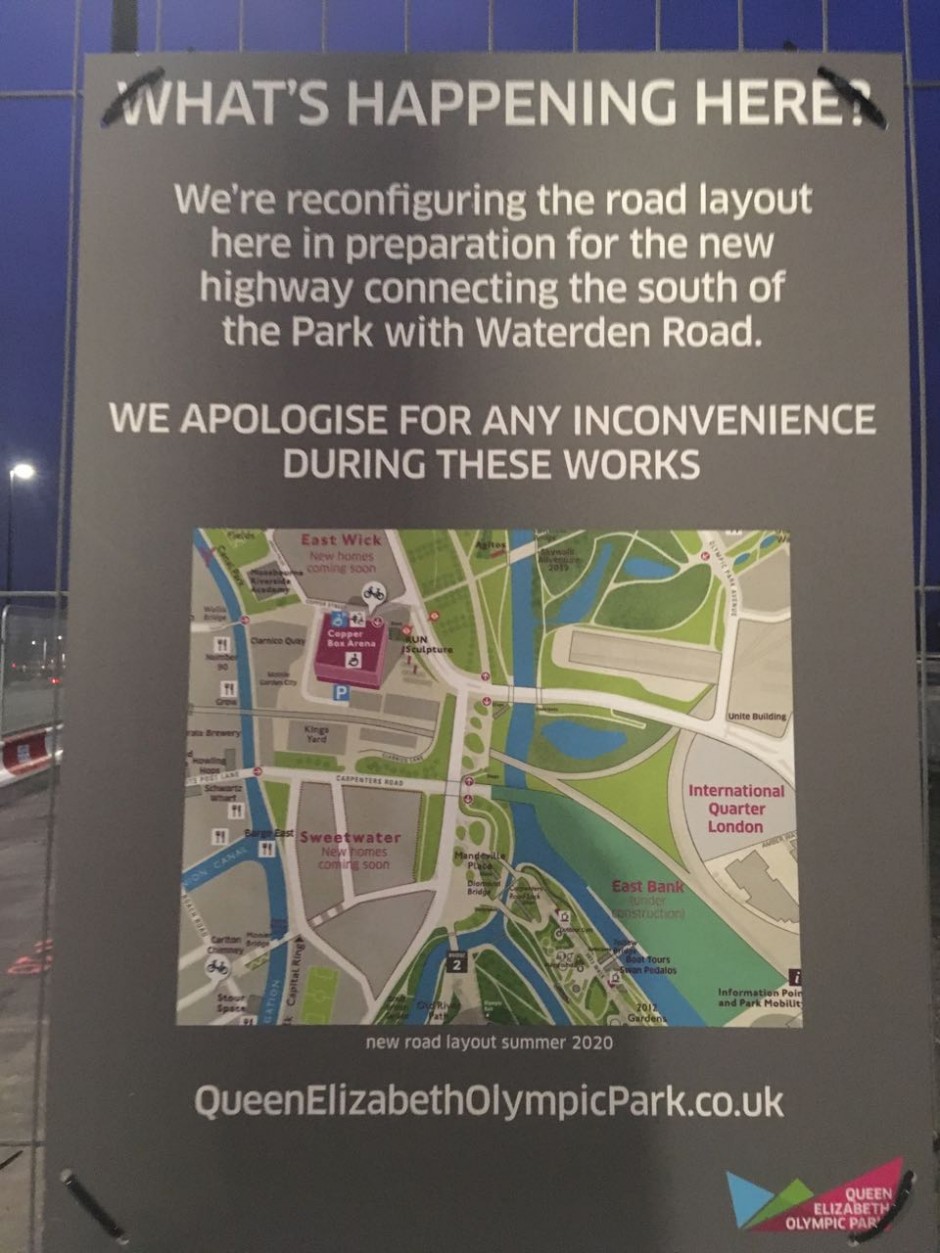 Last night walking through the Olympic Park towards the London Stadium along Middlesex Way the footpath was closed – a regular feature in the Park since it opened after the Olympics. The ‘What’s Happening Here’ signage explained that this was due to changes to the road layout that will connect the South of the park to Waterden Road – presumably as a consequence of the developments around East Bank and Pudding Mill Lane. This potentially means a significant increase in traffic cutting through the park from the West disecting the parkland leaving the area between Waterden Road and the Eastway as the last remaining open space in the Queen Elizabeth Olympic Park (see map below). And I believe the area marked as Hopkins’ Field is earmarked for housing development (although that could be incorrect). 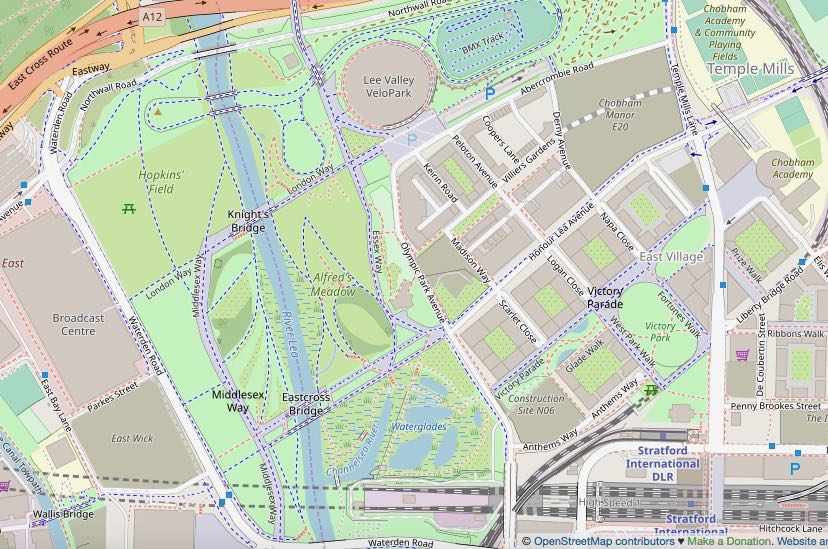 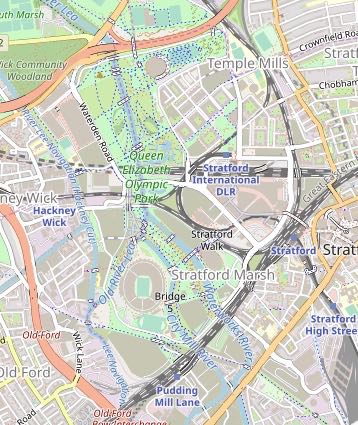