Walking the Chelmer and Blackwater Navigation

A walk from Chelmsford to Maldon

Chelmsford, the town where the great Elizabethan astronomer, occultist, master magician and advisor to Elizabeth I, John Dee, was educated. And where Guglielmo Marconi produced the world’s first wireless sets, was a great place to start a walk. There’s something in the waters of Chelmsford, the confluence of the Rivers Can and Chelmer on the edge of the town producing a curious Magick, that is channeled into the Chelmer and Blackwater Navigation and flows out to the Blackwater Estuary at Maldon. You could sense it in the landscape lining the watercourse, it oozed through the muddy path and stirred in the channels and tributaries that fed the canal. It whispered in the swaying reeds and grasses and rattled the bare boughs of the trees. Maybe it was something the Romans left behind.

My walk began at Springfield Basin just on the edge of Chelmsford where new blocks of flats rise on the sites of the warehouses and wharfs where softwoods from Maldon would have been unloaded and stored. The navigation opened  in 1797 and the last barge floated into the basin in 1972. 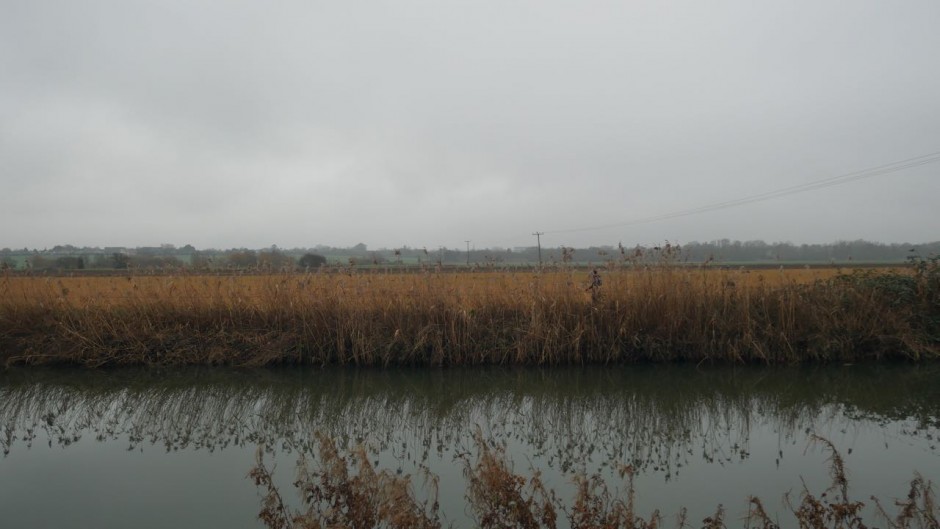 It was a wet and misty late morning as I left the town behind and headed through a field of tall dead teasels and beneath a motorway flyover. I was entering the landscape of The Essex Serpent. Progress along the Chelmer was marked by a series of locks – Barnes Mill Lock, Sandford Lock, Cuton Lock. Paper Mill Lock notable as a filming location for the brilliant BBC TV show Detectorists, which is set in the North Essex countryside.

Ulting Church appeared through the denuded trees on a bend in the river where swans munched on greens in the field. The present church dates from 1150 and was once a site of pilgrimage, said to be as significant as Walsingham (although I am unable to find out why). 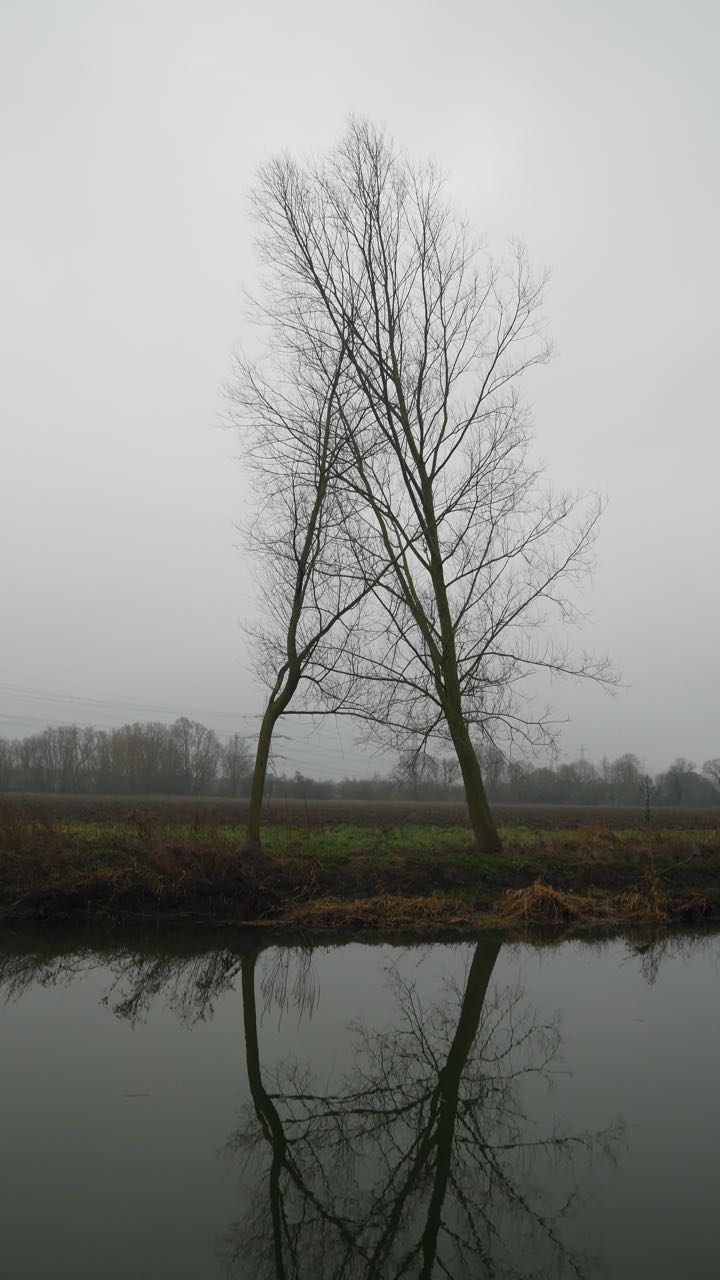 The mist rose off the river in the last hour of daylight and I wondered if The Chelmer had a deity like the rivers of London in Ben Aaronovitch’s excellent series of books. If such a god/dess does exist they dwell in those reaches near the Langford reservoirs around the point where the Blackwater joins the Chelmer before it breaks free of the Navigation and heads through Maldon to the Blackwater Estuary. 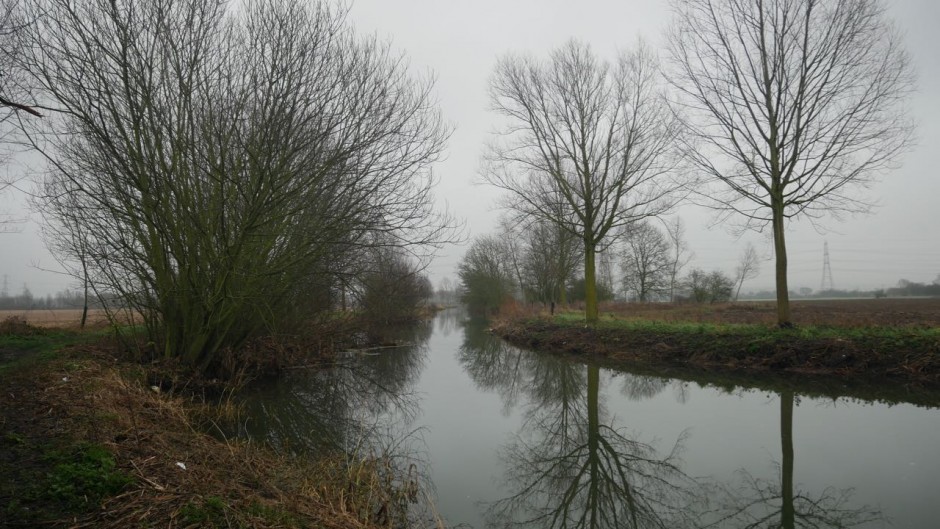 I followed the Langford Cut as far as the Tesco Extra the size of a village, on the edge of Maldon, and followed the Chelmer to the dock. It was pitch black, the only illumination coming from a lamp on a sail barge moored at the quay. It feels like an unfinished journey – I need to return to walk the Blackwater Estuary out to the sea. On the bus back to Chelmsford I started to plot my return.

A walk along the Clitterhouse Brook with Nick Papadimitriou