Walk around the London Olympic Park during Lockdown

On Friday 8th May I decided to take a walk around the London Olympic Park (Queen Elizabeth Olympic Park) to see what it was like during lockdown. The park is just a 15-minute walk from my home, but crossing the junction of Ruckholt Road and Orient Way felt like breaching a major boundary. Temple Mills Lane, a rare survivor of the old pre-Olympic streetplan, was quiet. Two people hit balls against the wall of the Lea Valley Tennis and Hockey Centre.  The Velodrome was closed but a dribble of cyclists were taking advantage of the outdoor track. The ghosts of the Eton Manor Sports Club and Eastway Cycle Track wafted in the air. Groups of people had socially distant kickarounds and some bold souls threw frisbees. A solitary security guard/park ranger went up to speak to clusters of people blatantly flouting the government restrictions which, were relaxed slightly 3 days later.  The walk then continued beside the River Lea and pass back towards Hackney Marsh via East Wick and Here East. 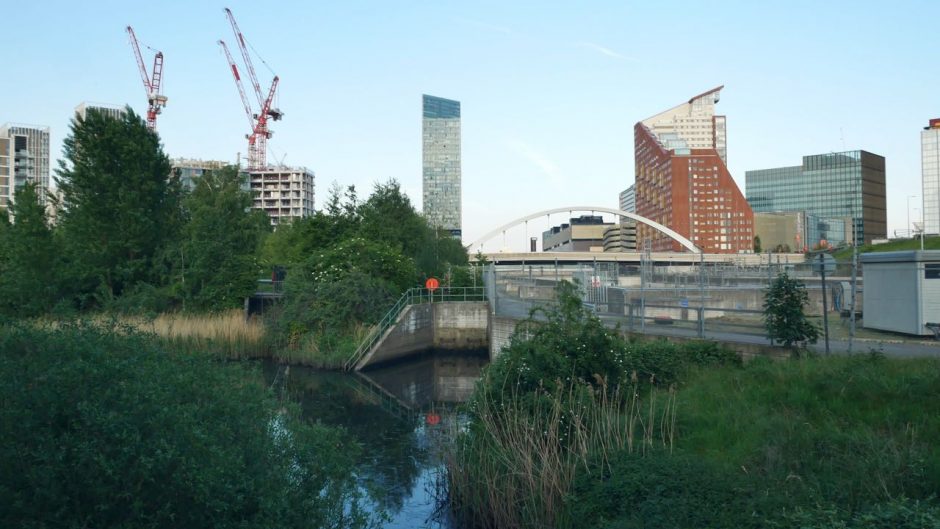 You can also watch my most recent lockdown walk here.

A note on psychogeography and the dérive