Theydon Bois is under-rated as a gateway to the London Countryside – it’s the equivalent of a Himalayan Base Camp for the London / West Essex edgeland walker. I fueled up on a great hot salt beef bagel before taking the footbridge over the Central Line tracks and down across fields to where I was confronted by the magnificent Theydon Bois Earthwork. This land sculpture by Richard Harris was commissioned by the Woodland Trust and completed in 2013. One kilometre of chalk and flint paths spiral their way into the side of the hill in a shape inspired by tree seeds. I stood atop one of the inner banks as the traffic throbbed past on the M11 and gave praise to the landscape. 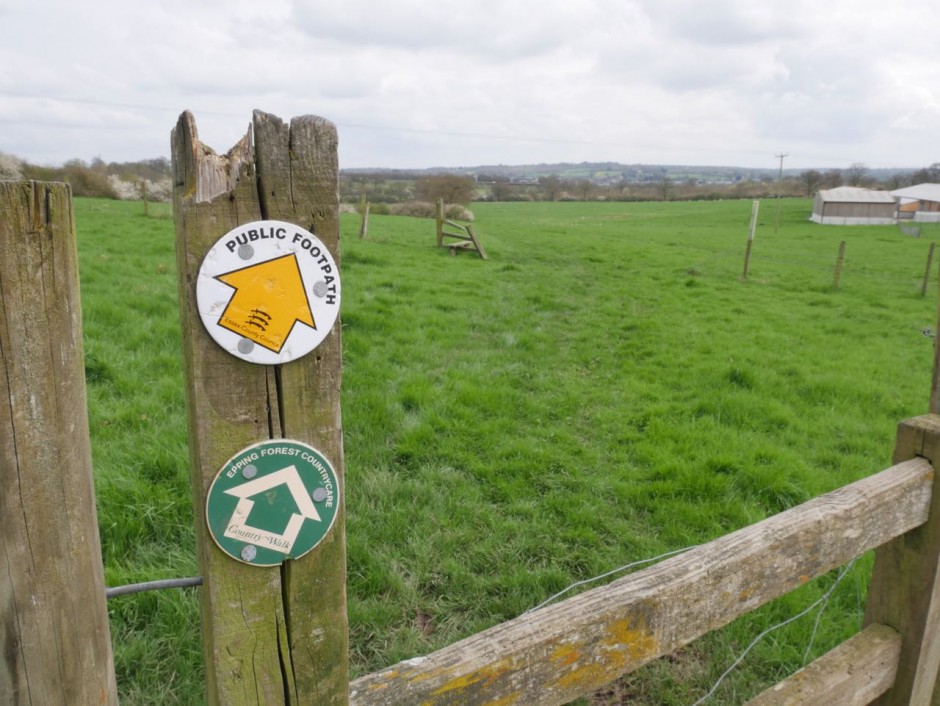 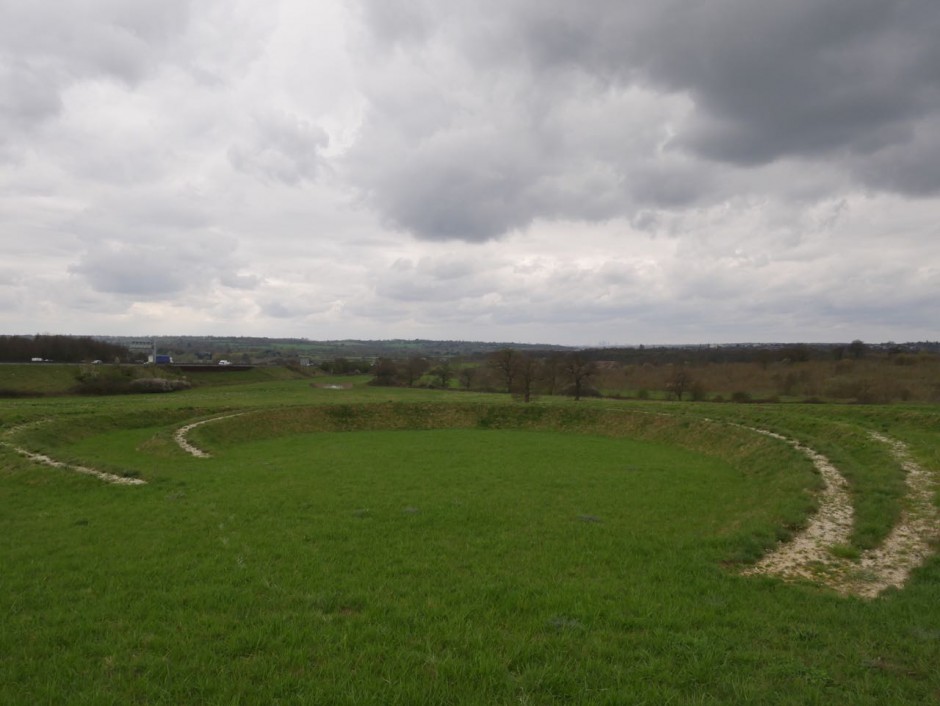 Moving across fields on the far side of the motorway near Hydes Farm, I examine my OS map and discover that the section of footpath I’m looking for aligns with the Roman Road further north at Hobbs Cross, that I walked along in 2016. This modest path that runs up the field edge makes a perfectly straight line to the acknowledged Roman Road that linked London to Great Dunmow, passing through Leyton and Leytonstone along the way. I turn to follow the route imagining the passage of Legions drawn from across the Roman Empire, hot desert lands, and what they must of made of this cold muddy terrain. 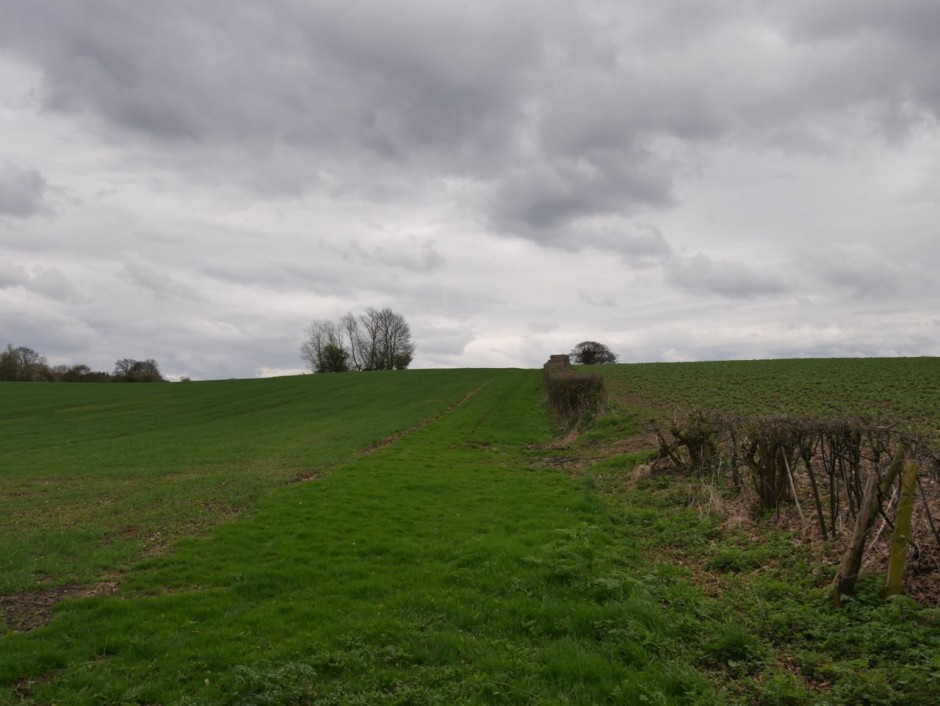 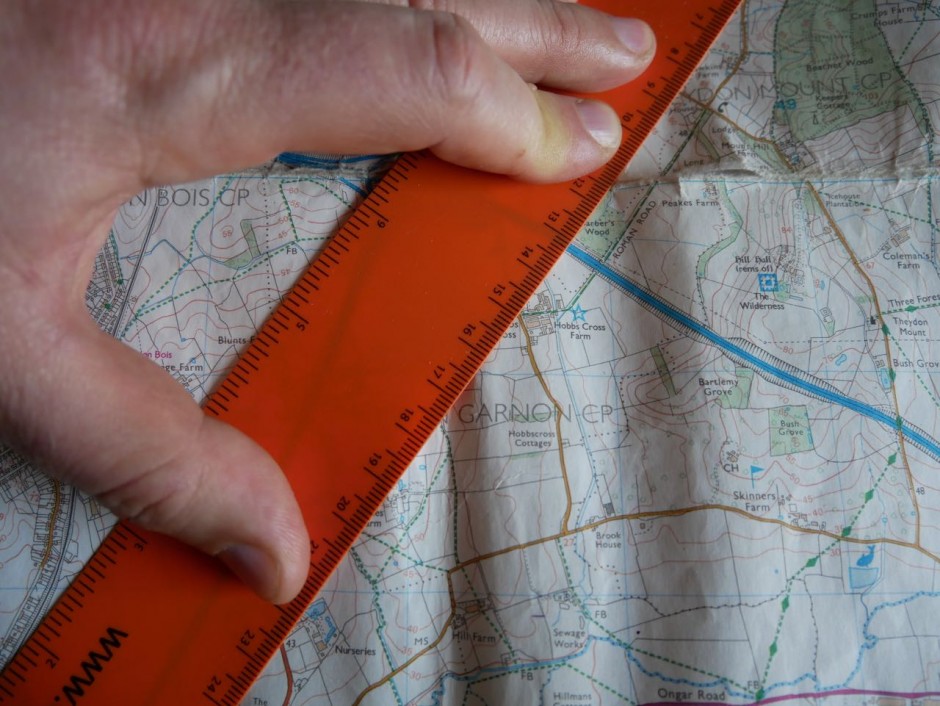 To the north of Aridge I encounter my old friend the River Roding, ambling through the fields flanked by tall grasses and rushes. I pay my respects then cross the road and head for Lambourne End. 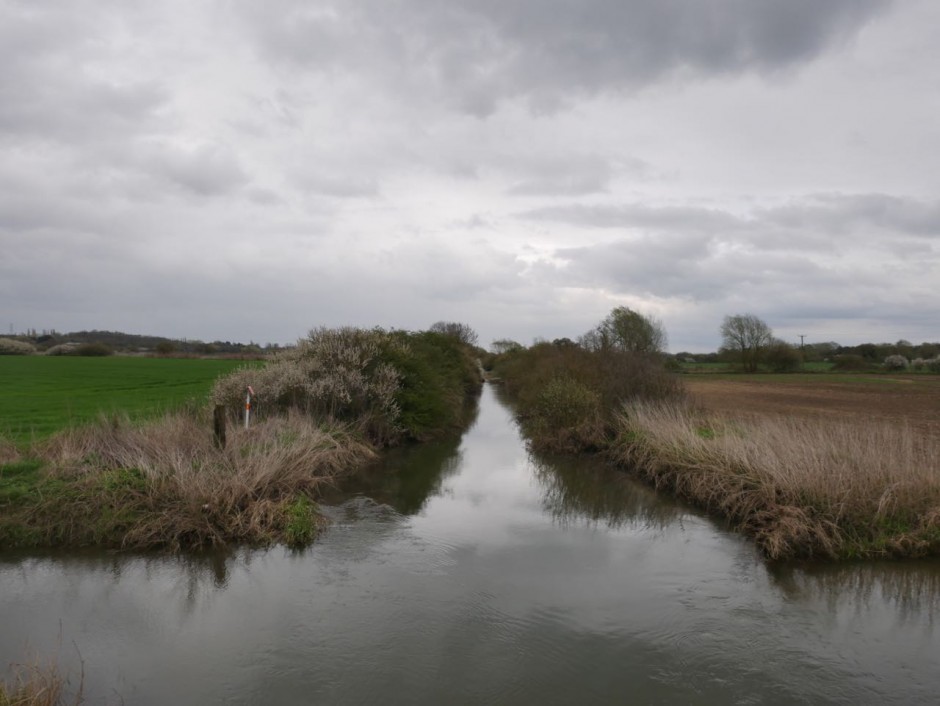 I lament not having time to have a look at the medieval Lambourne Church, but glad of the beguiling path leading down to Conduit Wood. A gnarly old tree beside a murky green pond looks to be home to a colony of wood sprites. An information board tells us that the path “runs alonsgide and ancient green lane”. The woods have a feel of magick and timelessness, where the path could as easily lead to another plane of existence as Gallman’s End Farm where I actually find myself. 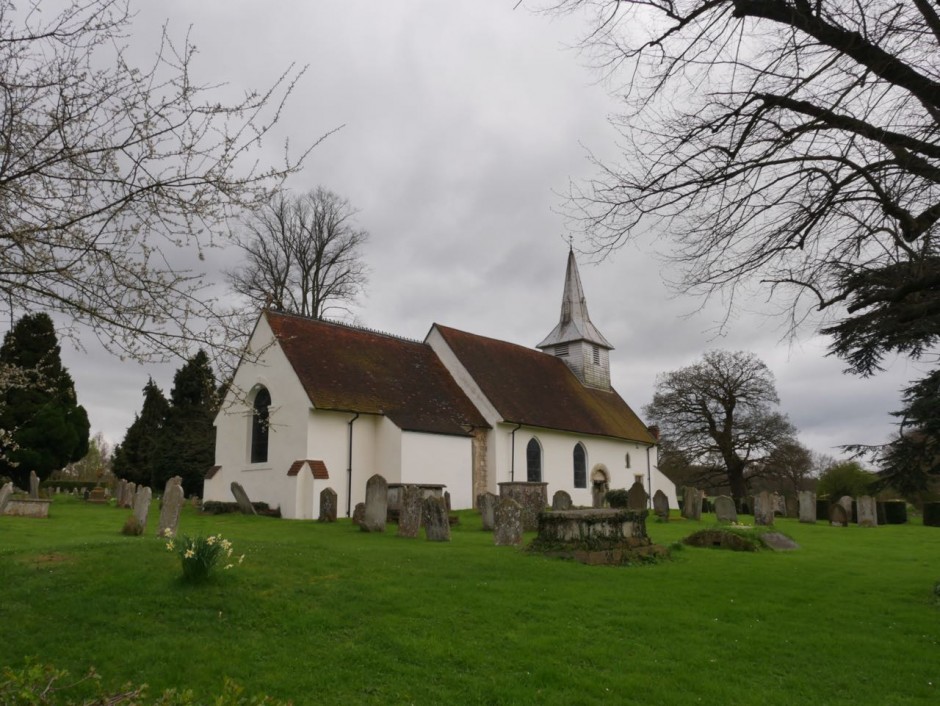 A bridleway so deep in mud that it has made me hate horses, takes me down to the edge of Hainault Forest. Several comments on the YouTube video inform me that this quagmire goes by the name of Featherbed Lane. 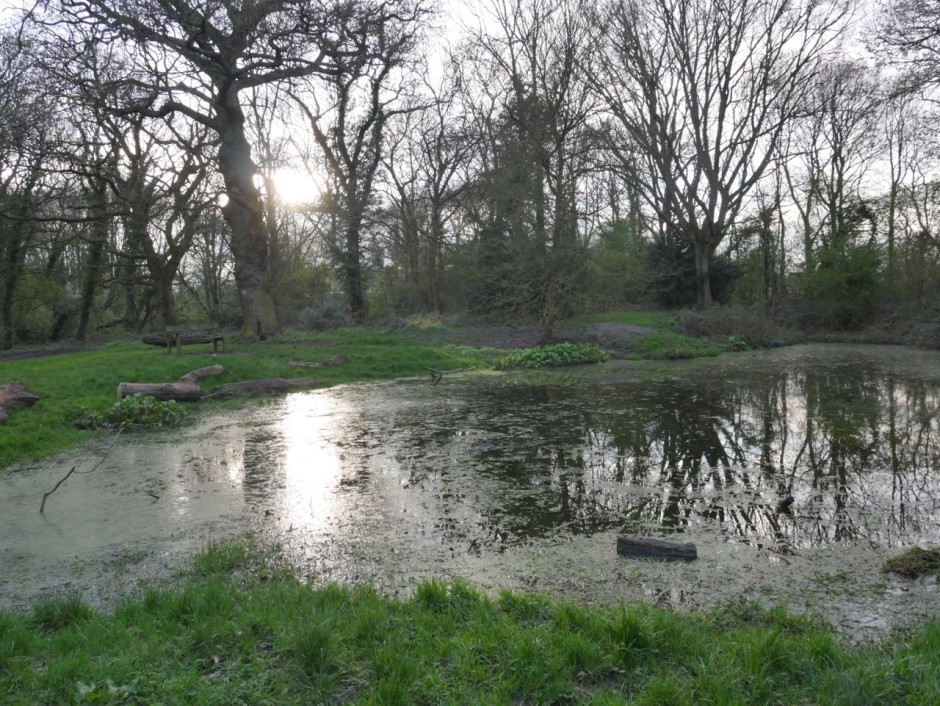 A pond in Hainault Forest captures the sunset and holds it fast just beneath the surface of the water. It’s glorious to be in the forest celebrating what feels like one of the first real spring days (it was 15th April) after a long hard winter. I decide to toast the arrival of the new season and head off into Chigwell to purchase a can of San Miguel which I swig heartily as I make my way down off the high ground to Grange Hill Station.

Ramble on the edge of Essex and London

It is my ambition to explore every inch of the Ordnance Survey Explorer 174 Map of Epping Forest & Lee Valley – Hertford & Harlow. That may not sound particularly ambitious but as I often end up following familiar tracks through Epping Forest or along the valley floor it seems to become ever more elusive.

So at the weekend I set off to fill in one small section – from Debden Station, over the M11 and around Theydon Mead to the village of Abridge, and from there over fields, across Gravel Lane and on to Grange Hill Station on the Central Line Loop. It was a walk that also linked the two eastern branches of the Central Line.

A large part of the walk is covered in Pathfinder’s Rambles in Essex published by British Railways in 1950, something I only discovered when I recognised a field near Chigwell and remembered I’d been there when recording an episode of Ventures and Adventures in Topography for Resonance fm. The route we followed was described in Pathfinder’s earlier publication Afoot Round London.

It was uplifting to finally welcome Spring, arms t-shirt bare for the first time outside in months and months. I’d set out this way with my son just a few weeks ago under heavy skies and plodding through mud ankle-deep. Instead of crossing the M11, we worked our way around the Debden Estate and up the hill to Theydon Bois, filling in a few more grids of the map.

Heading down over sunset fields into Grange Hill with woodsmoke tightly hugging the ground it almost felt as if I’d ventured far out of London rather than simply traversed farmland spanning the space between tube stations. A phalanx of oak trees crest a ridge guiding the way to the cemetery path and out onto road as the daylight receded. I can tell already that it’s going to be a great summer of walking.