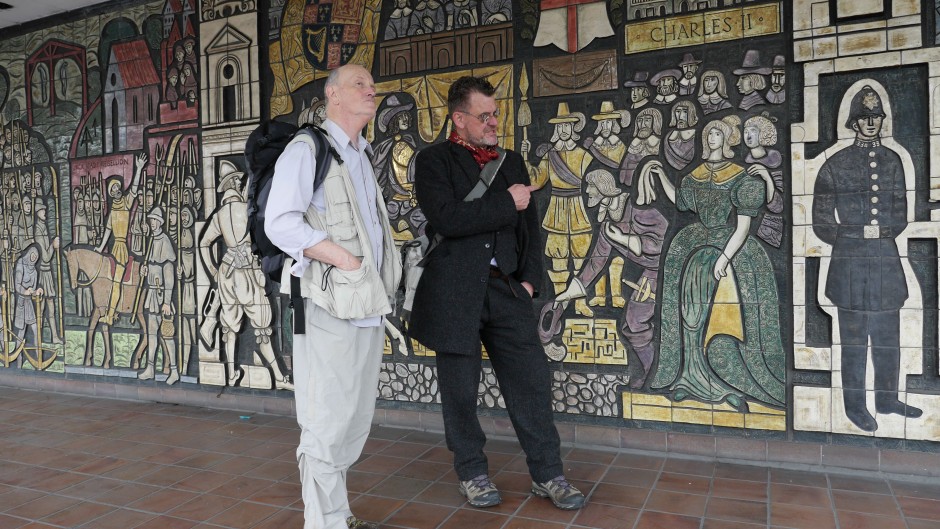 Out along Roman Watling Street yesterday with Iain Sinclair, Andrew Kotting, and Anne Caron-Delion – walking from Shooter’s Hill to Westminster. The image above was taken in front of the fantastic ‘History of the Old Kent Road’ Mural on the old North Peckham Civic Centre. The mural, by Adam Kossowski (1966), tells the story of all the epic journeys that have taken in the road over its long history.

Iain asked me to pose in front of the figure of Jack Cade, who led a revolt against the King in 1450, as he saw a resemblance – must have been my beard and nose. Earlier we had passed over Blackheath where both Cade, and earlier Wat Tyler in the Peasants Revolt of 1381, had rallied their forces for an assault on the City. 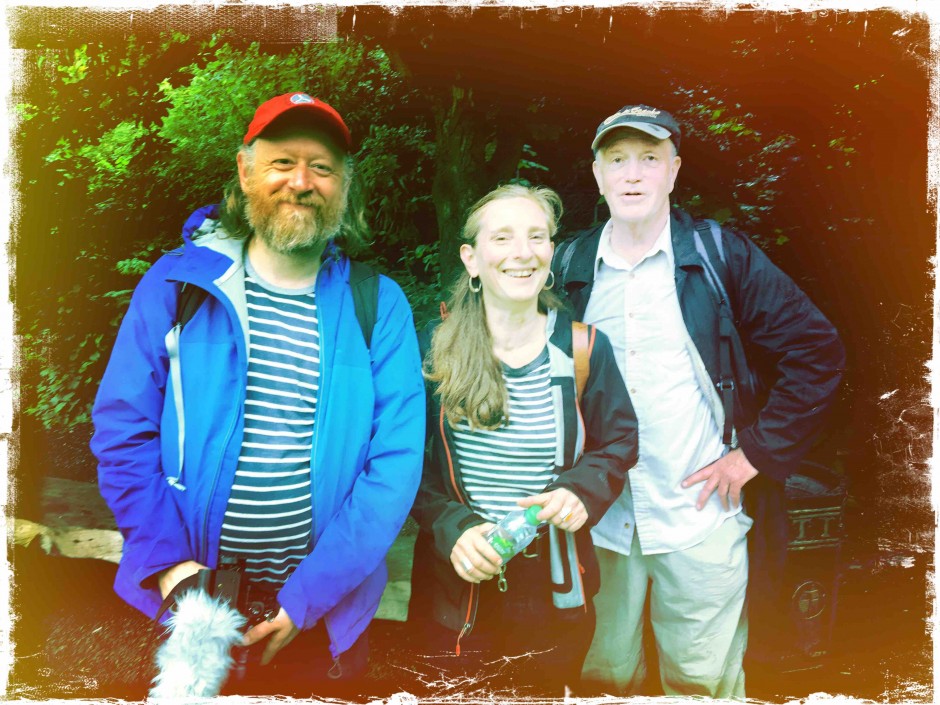 Anne, an academic from UCA, lives near Watling Street and was a great source of local lore – leading us across Blackheath, pointing out relevant and interesting heritage. She was also channeling info garnered from spending time living intermittently with a Watling Street obsessive; David Aylward and as well as drumming for Ted Milton’s BLURT, some refer to as the King of Deptford. David was one of Andrew’s troupe of Mummers who passed across Blackheath for the film Edith Walks, and was memorably acousted by the Police for drumming on the site of ancient (some say neolithic) tumuli. Either Anne or Andrew mentioned being on the spot with Julian Cope during the writing of his epic book The Modern Antiquarian but my memory is muddled on this point.

I captured some footage along the way that will form a silent backdrop to the event Iain’s doing in Brighton with Alan Moore and John Higgs on 24th May, The Ghosts of Watling Street

“Three visionary authors – Alan Moore, Iain Sinclair and John Higgs – gather under one roof to take an epic journey through Britain’s hidden history, geography, myth and culture, as they travel west along one of Britain’s oldest roads – Watling Street – from Dover to Wales, via London and Northampton. Along the way Moore, Higgs and Sinclair reveal a country haunted by John Crow, St Alban, William Blake, Rod Hull and Emu, James Bond and stranger ghosts of its past – as they unearth an identity of Britain that transcends our current Brexit divisions.” 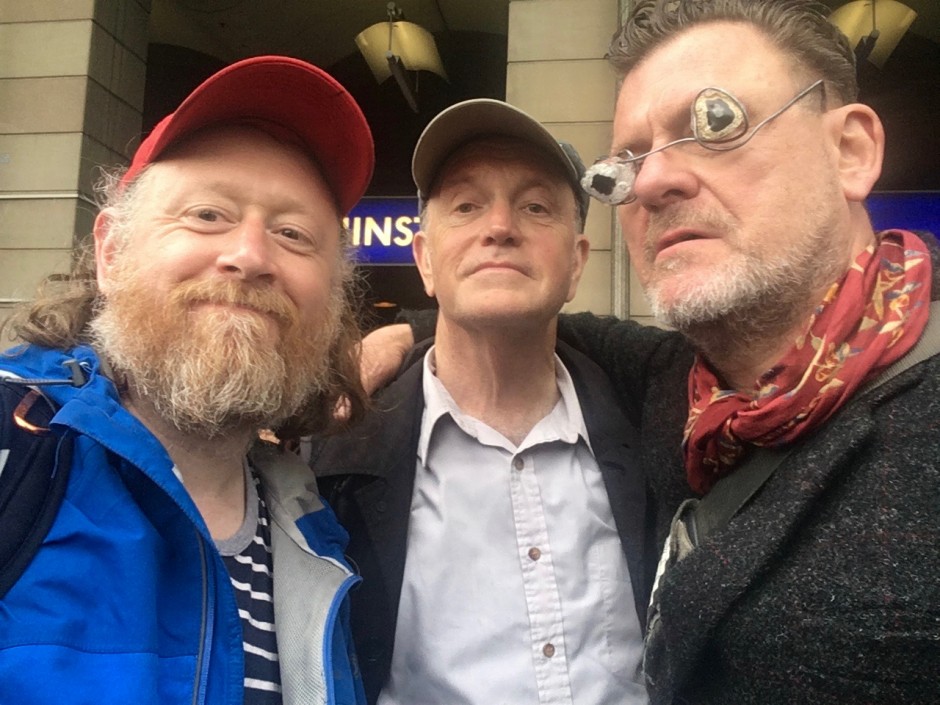 I also shot some great footage with Iain and Andrew that will form a video on my YouTube channel in the coming weeks. Filming them yomping along the busy road, stopping to attempt to gather cutaways then jogging along to catch them up, took me back to the filming of London Overground which Iain recounts in his forthcoming book The Last London. It’s always a real joy to go out on the road with these two great gentlemen.

Andrew Kotting’s latest film, Edith Walks (for which I shot some footage), is screening across the UK in the summer. There are two special events coming up in London that are not to be missed:

2018 Update: Here’s the video of the Watling Street walk from my YouTube channel