Viking Trail to the Beavertown Brewery

Left home at 5pm with no plan except a vague idea to head towards to the Beavertown Brewery at Tottenham Hale and their Saturday taproom which closed at 8. I was torn between my usual walk until dark and/or my knee stops working, and the desire to actually get somewhere by a specified time.

From Midland Road, the schlep of my old work commute with a nod to the home of Harry Beck’s Blue Plaque (but stupidly not shot of it for my walking vlog) then down Coopers Lane and Farmer Road yards away from the wheel screech of Leyton High Road but always tranquil somehow. 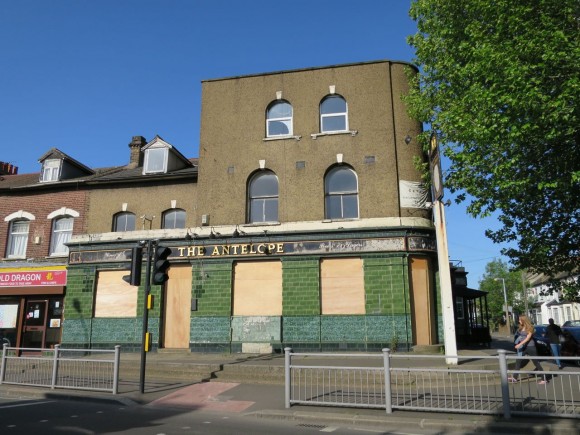 So sad to see The Antelope on Church Road boarded up. At a meeting to discuss the future of the Heathcote Arms last week – miraculously re-opened although still owned by a property developer – James Watson from CAMRA told the room that Waltham Forest has lost something like 50% of its pub stock. Thankfully now the local authority seems determined to lose no more – the Heathcote was among a number of pubs granted Asset of Community Value status. Let’s hope that like the Heathcote, the Antelope gets to be reborn.

I decided against the scenic route to Tottenham Hale, down Marsh Lane and over the Marshes because by now I could start to feel the tingle of a Beavertown Gamma Ray American IPA on my taste buds, so opted for the fast track via Markhouse Road and Blackhorse Road.

It’s sad to pass the boarded up Standard opposite Blackhorse Road Tube – once a legendary rock venue. I came here when I was 16 to watch my mate Johnny Lee play with his band. It was a big gig for a provincial outfit – it was said A&R men hung out at the bar looking to spot the next big thing.

The hubbub of the Beavertown Taproom crowd can be heard from a good 200 yards away – I thought it might be me and another 20 or so beer fans sat in the carpark of a Tottenham Industrial Estate. How wrong. There must have been 150 of the trendiest people I’ve seen in one place since I was backstage at a Katy Perry concert. Thank god I’ve got a beard. 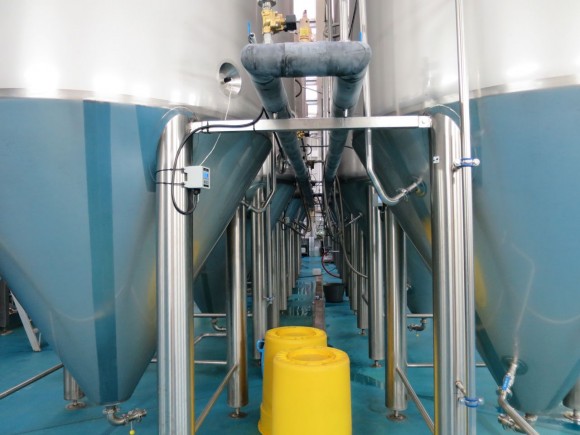 After a transcendent Neckoil Session IPA and a Beaver Double IPA I tentatively enquired whether they did any brewery tours, “This is the tour I’m afraid”, the barman said gesturing from the bar to the expansive unit of polished brewing vessels. I must have looked visibly disappointed because he called a fella named Cosmo over and asked if he wouldn’t mind showing me around. At 8pm on a Saturday when they’d been flat out serving for hours they’d have been perfectly entitled to say No – but Cosmo couldn’t have been more enthusiastic, swinging back the barrier and leading me among the brew kit towards a 30 barrel mash tun where 5,500 litre batches are brewed using a tonne of malt for the 5% beers and double that for the stronger beers.

He explained how sugars are extracted from the malt by stewing and steeping it like a gigantic pot of tea. Then it is pumped into a copper for heating before it is cooled where the flavours of the hops start to emerge. The brew passes through a heat exchange into a fermenter where yeast is added and some more hops for dry hopping ‘to give extra hoppy aromas’ explained Cosmo. It is further chilled and carbonated for a week before either being kegged, canned (Beavetown have the best cans), or put into a wooden barrel for barrel-aging. 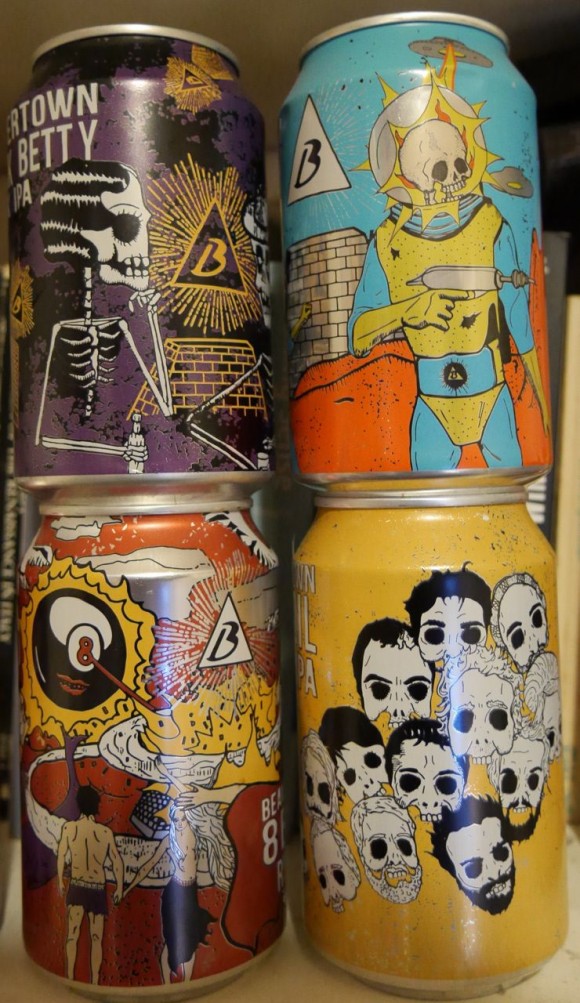 I can think of no finer end to a walk than to be given a guided tour of the brewery of one of your favourite beers. I walked away with the rosy glow of strong beer and a carrier bag containing a Beavertown T-shirt and a mixed six pack. I’ve got one cracked open on the desk beside me now.