Fantastic atmosphere at @ClaptonCFC today and a great victory pic.twitter.com/vjfuDKLHSC

Went along with my son and one of his friends to watch Clapton CFC (Community Football Club) at Wadham Lodge, Walthamstow on Saturday. It’s been a long time coming. I lived near the Old Spotted Dog ground in the early 90’s – home of Clapton FC, but we never made it past the doors of the pub to a match. 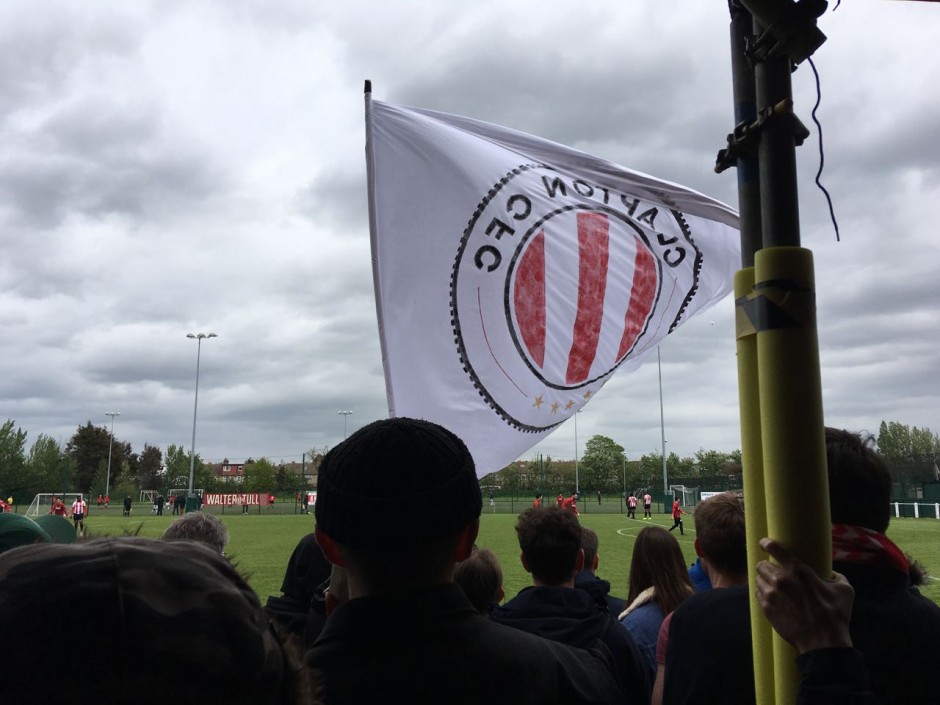 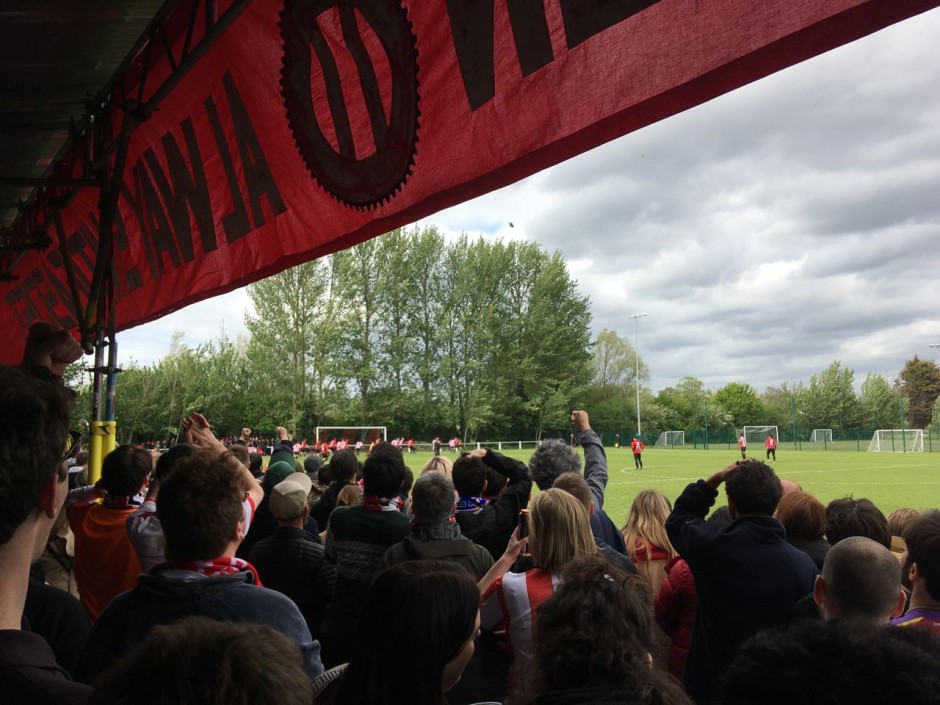 The atmosphere that the fans have created at the temporary home of Clapton CFC (they move into a bigger ground next season) is something to behold, and incredible for a team playing in the Middlesex Counties League. Saturday’s exciting (and slightly fortunate) 3-2 victory over London Samurai Rovers have taken them to the brink of the league title, and the double, in their first season.

I’ll be back for more next season. FORZA CLAPTON CFC.