Arcades of Paris (with Walter Benjamin)

On New Year’s Eve we stumbled across these two arcades in Paris (I’d love to say that this came as a shock as we’d been taking a stroll along Leytonstone High Road, but sadly nothing mystical was involved, we traveled on Eurostar). 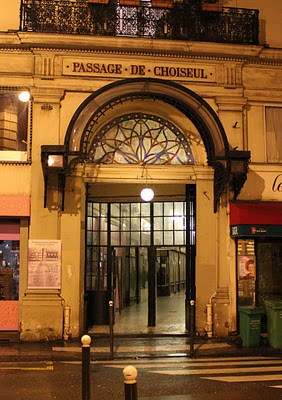 I thought of Walter Benjamin and his Arcades Project, a book I confess I’ve only read snippets of, but is difficult to avoid if you have an interest in the life of cities – it is a grand work dreamt up in these very arcades.

From what I gather, he saw the arcades as the natural habitat of the urban wanderer, the drifter, the flaneur:
“The Parisians … have made Paris the holy city of the flaneur – ‘the landscape built of sheer life,’ as Hofmannsthal once put it” 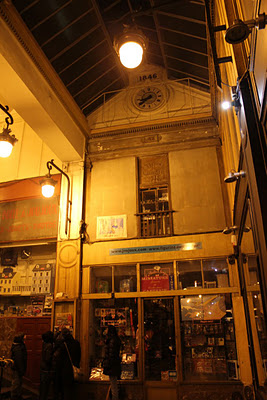 Benjamin describes the experience of the urban drift, or what another dweller of Paris, Guy Debord, would recast as the psychogeographic derive (Debord would see the flaneur as a decadent figure rather than a revolutionary or a subversive – I’m not so sure myself)

“That anamnestic intoxication in which the flaneur goes about the city not only feeds on the sensory data taking shape before his eyes but can very well possess itself of abstract knowledge – indeed, of dead facts – as something experienced or lived through.” 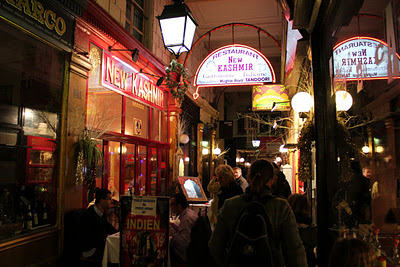 “The innermost glowing cells of the city of light, the old dioramas, nested in the arcades, one of which today still bears the name Passage des Panoramas. It was, in the first moment, as though you had entered an aquarium. Along the wall of the great darkened hall, broken at intervals by narrow joints, it stretched like a ribbon of illuminated water behind glass.”
Difficult to imagine Westfield Stratford moving someone to produce such prose. 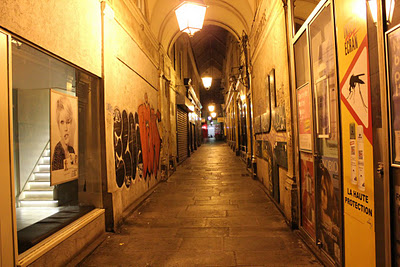 Green Living – Out and About – Will modern-day flaneurs help rebuild fragmented communities? – The Ecologist (http://ping.fm/8DVLH)

City Notebooks and the Mystery of the Moulting Moleskine 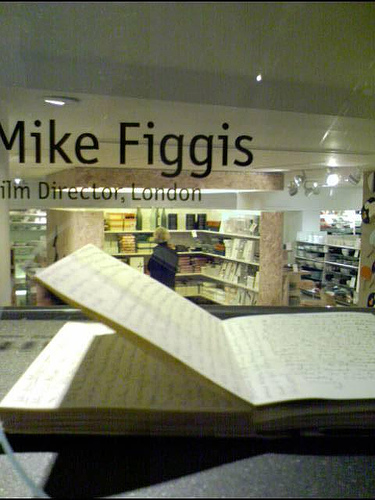 Invited to an event at the Conran Shop supposedly launching the new Moleskine City Notebooks. I was hoping to blag a freebie, recompense for the moulting Moleskine that I’m using at the moment, chunks of pages falling out with nearly every excursion. I sent an email to Moleskine enquiring how this might have happened to such a legendary journal, it rather casts doubt on the claim that they were the choice of Bruce Chatwin on expeditions to Patagonia and Outback Australia when they can’t survive an afternoon stroll around Leytonstone.

The flier for the event, ‘Detour, The Moleskine City Notebook Experience’ boasts a quote from Walter Benjamin: “Not to find one’s way around a city does not mean much. But to lose one’s way in a city, as one loses one’s way in a forest, requires some schooling…” By announcing the City Notebook with a quote from the great codifier of the art of the flaneur is to suggest some kind of link between the two, between the experience of allowing oneself to drift through the urban realm drawn by invisible forces into uncharted quarters, dormitory suburbs, slums and ghettos, arterial roadside communities, “journeys outside the timetable”. It seems to be touting to be the accompaniment to the ‘Mis-Guide to Anywhere’, and ‘The Lonely Planet Guide to Experimental Travel’, now that flaneury and psychogeography have become a new kind of weekend City Break bookable through the Guardian Travel supplement.

I had to go on a minor derive within the Conran Shop to find the Moleskine City Notebook, the exhibition having only a tenuous link. It opens with a series of fold out maps that venture no further East than Whitechapel, not beyond Camden to the North nor Kensington to the West. It is very much an open-top bus tour view of the city, a prescribed experience, one to fit neatly between the lines of the book. There are inexplicable detachable stamps with the word London on, to remind you where you are? It is the opposite of David Rodinsky’s annotated A-Z. Perfect for BUNAC gap-year students and Italian schoolkids on a two-week study tour. This is not the notebook of the followers of Walter Benjamin, Patrick Keiller’s Robinson, “the born-again flaneur”. The Conran Shop does sell those, Japanese exercise books at £1.95 a pop against £12.50 for the Moleskine. You can pick up a vintage Ward Lock Red Guide on ebay for around £3 (maps include London and 12 miles around and a Central London plan that covers from Kensal Green to the River Lea) and you’re off equipped for an experience more in tune with the quote on the flier.

I went into Foyles today to have another look at the City Notebook, to see if I’d been quick in my judgement and found something just as bad, The Wanderlust Travel Journal. My travel journals are some of my most treasured possessions, kept in a locked metal box. They were bought locally wherever I was with a note inside the cover to mark the spot “This book was purchased on 25-01-95 in a small shop near the post office in Ubud, Bali for 1200Rp (35p)”. They were filled with boarding passes, laundry receipts, bus tickets, wrist ties, prescriptions in Thai, phone cards, an envelope sellotaped inside the back cover for loose bits. The book itself was a souvenir in its own right, silver hard-backed exercise books in Indonesia, soft leather-covered Indian journals with a cord that wrapped round several times, Italian quadretti blocks. So I can not comprehend the Wanderlust Travel Journal with its boarding passes and various scribblings printed on the page, blank timetables to fill in. Soon they’ll go the next step and transcribe the whole experience to save you the trouble, with generic phrases such as ‘Budha’d out in Borobudur’.

But now I have a greater understanding of why my Moleskine is moulting – it prefers a sedantry life, clean country air, the odd carefully written out ‘To Do’ list, ‘Notes to Self’, not my furious scribbles on rainy city streets, sellotaped wildflowers, being plonked down on real ale covered pub tables. Mind you, I wouldn’t have minded hearing Moleskine’s explanation.