Rarely have I gone to track down a view glimpsed from a train, but in July I headed back out from Marylebone to Princes Risborough bound for a wooded ridge that fizzed past the train window on a journey to Birmingham in April. I’d quickly screenshot the map on my phone showing that the hill was rising above Hempton Wainhill near Chinnor and vowed to return. 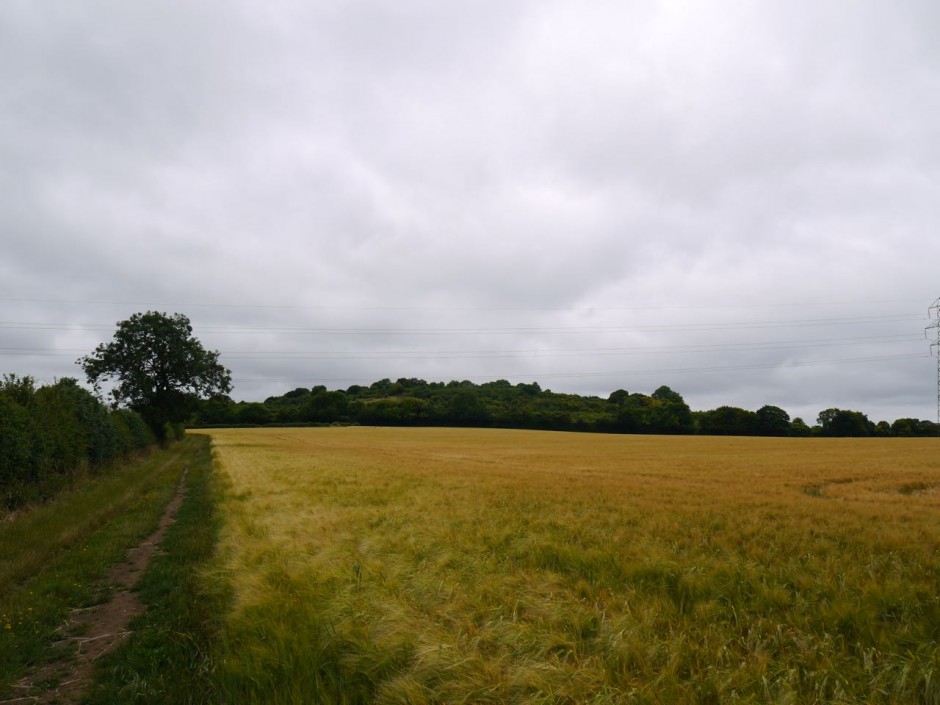 It was a walk that delivered with almost every step, picking up the Ridgeway just south of Princes Risborough and following it past the tumuli on Lodge Hill. There I met a young man walking the length of the Ridgeway and I plugged him for tips for when I eventually set out on my 25 year old plan to walk this ancient path. The Ridgeway is ridiculously rich with prehistoric sites – I passed five Bronze Age tumuli in the space of a couple of miles around Bledlow Wood. The sense of walking into the past is profound on the Ridgeway and here it intersects with the equally (if not more) ancient Icknield Way. 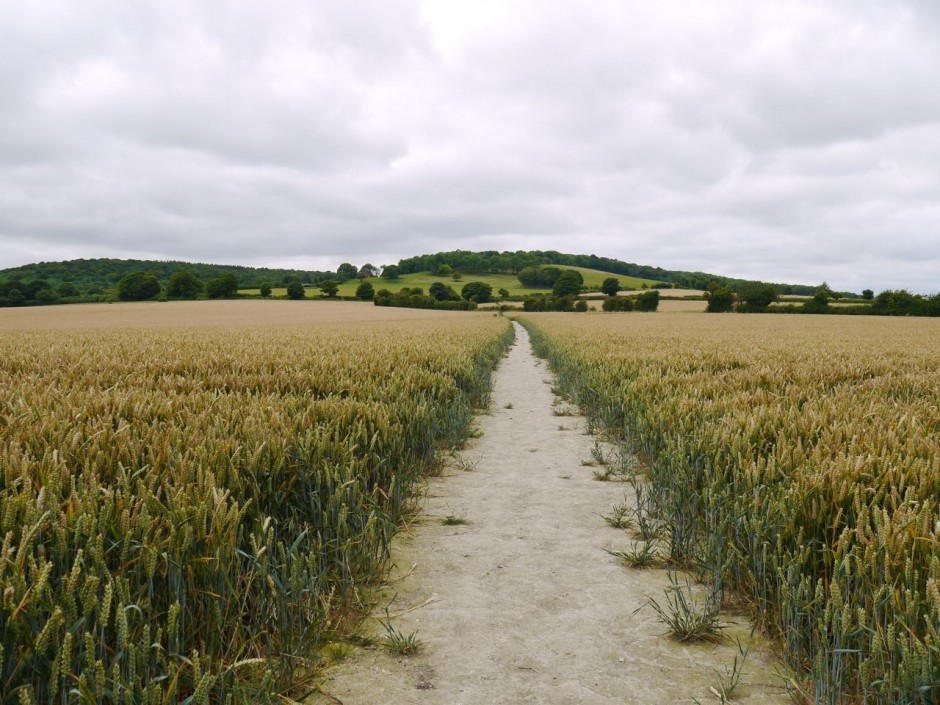 The westward views from Chinnor Hill were stunning and here I walked off my OS Map 181 onto a much smaller scale older map I bought on ebay years ago. The previous owner evidently shared my interest in prehistoric sites and had circled all of them on the map. 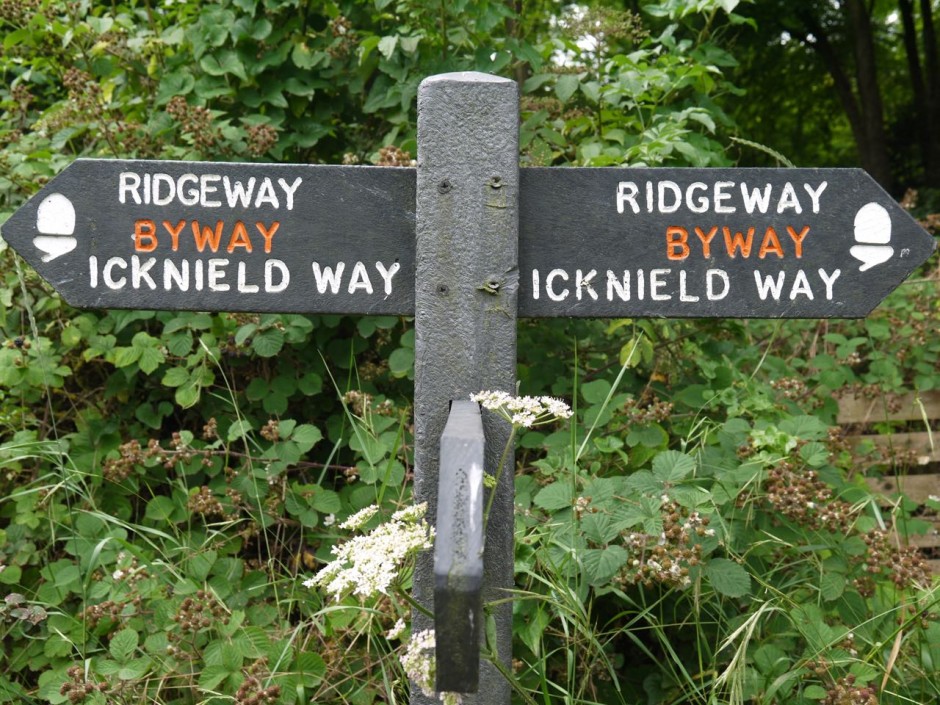 Walking along a chalk ridge path through Radnage flicking tall wallflowers childhood Chilterns memories flooded back in a rush of images and feelings, a mashup of out-of-sync recollections – driving round lanes with my Dad listening to John Peel, coming home from backpacking wondering what to do next, racing our Jack Russell to the pigeon Dad had shot from the sky, sunsets over the M40 towards these hills from further down the valley at Wooburn Moor. 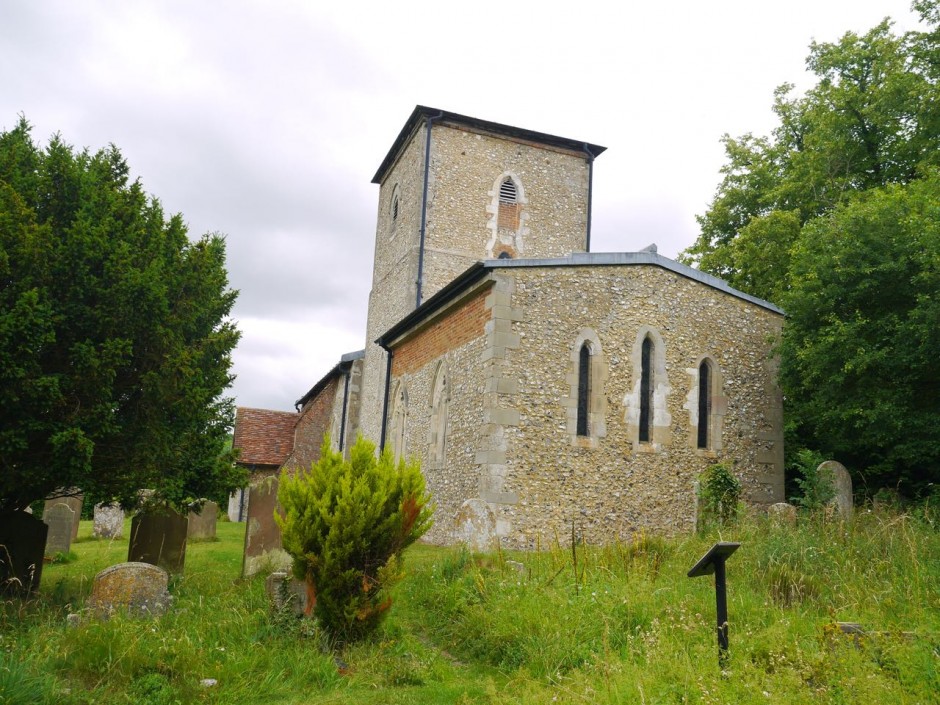 A chance encounter with a lady in a lane led me across her field to St. Mary Radnage with its restored 13th Century wall paintings. A beautiful, mystical spot to stop and reflect. 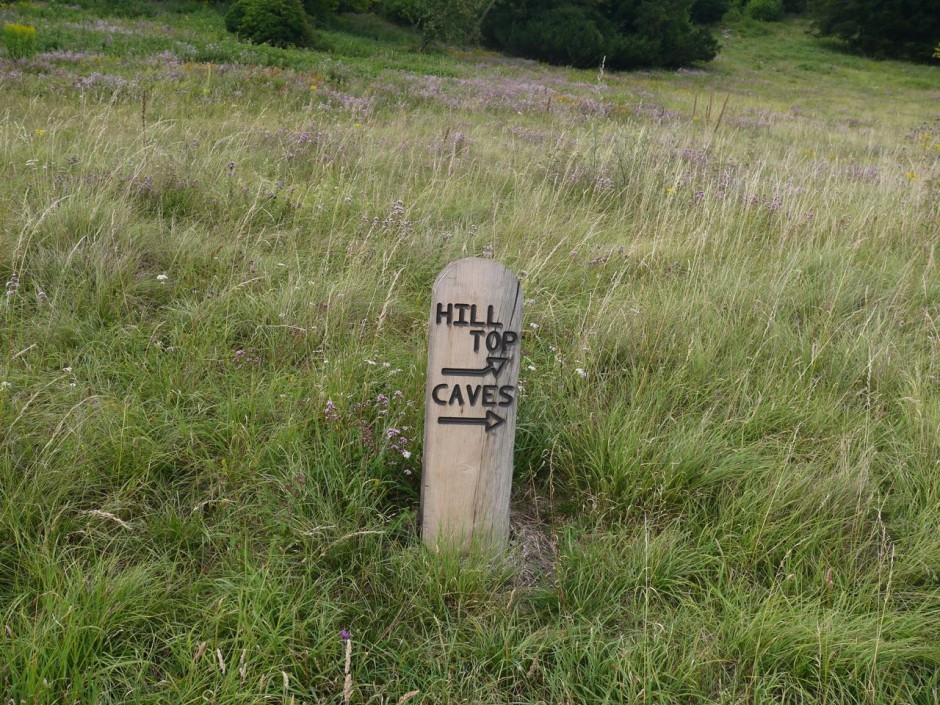 I’d run out of food and water by the time I ascended West Wycombe Hill and the famous Golden Ball and Hell Fire Caves. I was shown around Dashwood’s Church as they closed up after a cake sale and told how it was a collage of architectures Sir Frances Dashwood had seen on his Grand Tour in 1763 including the now destroyed temples of Palmyra. 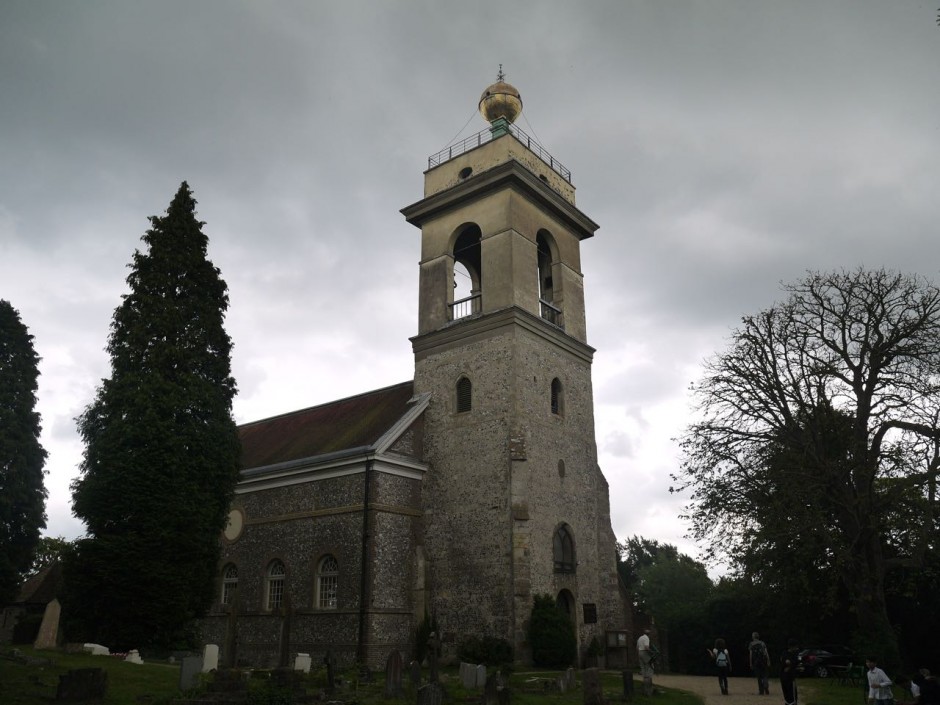 I took refuge in the haunted George and Dragon on West Wycombe High Street dining on beer and crisps before slogging along the A40 into Wycombe. Before hitting the town centre, I stopped off to pay homage to the sacred River Wye as it flows gently through Mill End Rec near where my Mum went to school all those many years ago.