One boiling hot morning last week I returned to an overgrown patch of land on the far side of the Hollow Ponds in search of remnants of Leytonstone’s lost Lido. The Whipps Cross Lido was built in 1905 and closed in 1982. It was demolished the following year and the land left to be reclaimed by the forest. I’d gone looking for remains originally with my friend Andrew Stevens, a few years ago on a muddy winter afternoon. That day we mostly found thick undergrowth festooned with used condoms like a plantation of perverted Christmas trees. The location of the Lido had evidently found a new use.

What we hadn’t realised at the time was that the site is quite clearly marked on the Ordnance Survey map, and on this occasion I was able to properly scope the site out. Initially all I found were half lumps of concrete buried in the banks of bushes. Not conclusive enough. But soon I unearthed broken sections of clay pipes, and then large pieces of wire-mesh reinforced glass. Finally the smoking gun of a long length of metal pipe running along a high bank overlooking a large hollowed out area matching the size of the footprint of the pool. 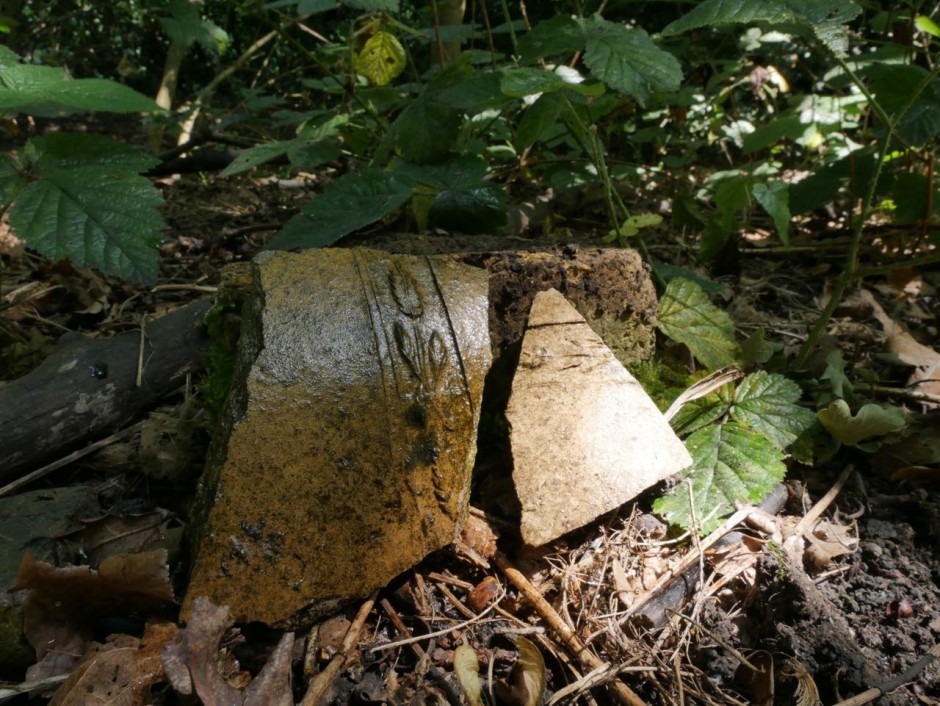 Stood in the deep end being feasted upon by mosquitos I tried to imagine the scene on a boiling hot summer’s day such as this. The kids racing around the poolside and dive-bombing into the water to the rebukes of the life guards. People have told me of the odour of TCP that pervaded one corner, and of entire days spent here at the Whipps Cross Lido, the queue to get in stretching back to Snaresbrook Road.

The London Lidos that have survived are now treasured assets, with some such as Tooting, drawing in swimmers all year round. Brockwell and London Fields Lidos are ‘places to be seen’. If only Leytonstone’s Whipps Cross Lido could have weathered those dark recession years of the early 80’s – you can imagine how popular it would be today.