Deptford Jack in the Green May Day Celebrations Greenwich

The streets of Deptford and Greenwich were yesterday taken over by The Jack in the Green May Day celebrations, led by Fowlers Troop and the Deptford Jack. A great cacophony of instruments filled the air peppered with shrieks and yells as the Jack processed along the banks of the Thames to the Cutty Sark where Morris Dancers pranced around the Jack and a Mummers Play was performed. A bright pink Oss gambolled through crowd. Two hurdy-gurdy players duelled in front of watching tourists.

I asked great film-maker Andrew Kötting, who’d been inside the Jack along the riverside, what it’s all about, “fecundity, awareness, what was, what isn’t, and what yet might be”, he said. 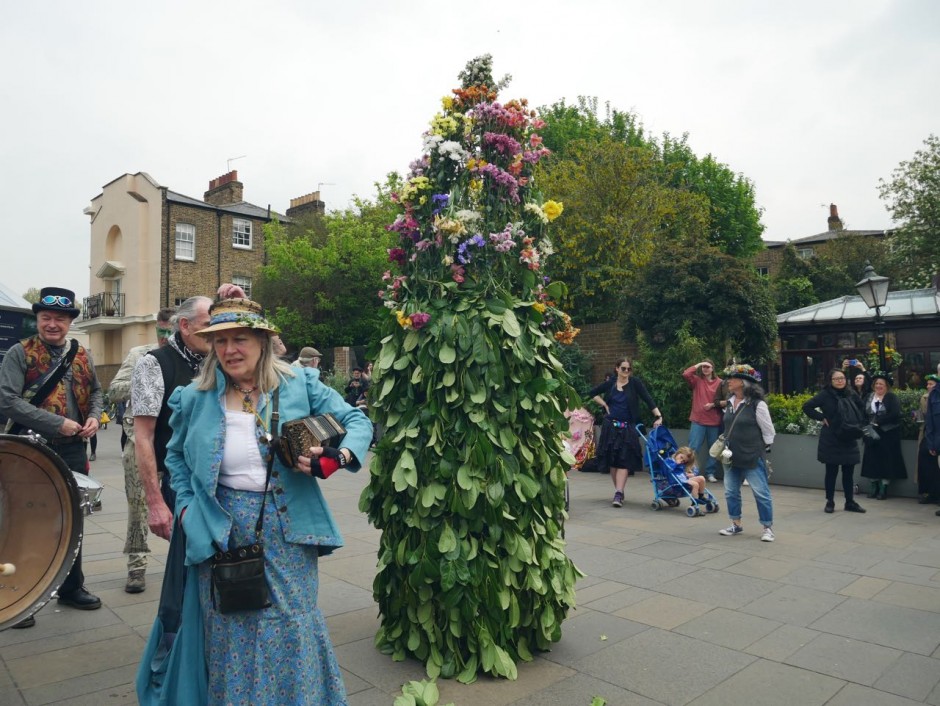 The Jack in the Green is a framework adorned with laurel leaves and flowers (dressed the night before in the Dog and Bell in Deptford), that is paraded through the streets accompanied by musicians, Morris dancers and Mummers. It’s said to date from the 17th Century as an evolution of traditional May Day celebrations, a time of cavorting and revelry with deep pagan roots. 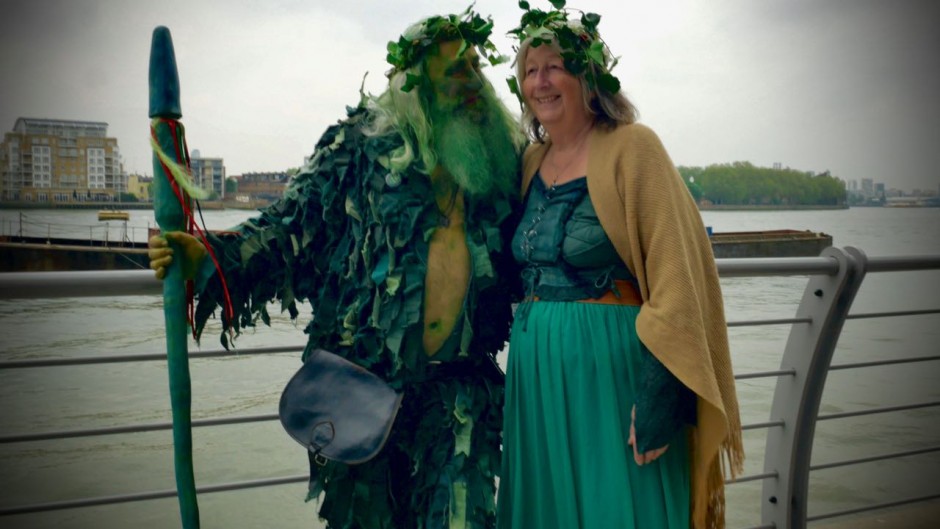 I’m told the Jack went ‘rogue’ in Greenwich Park, as Jack in the Green is compelled to do on May Day. It doesn’t surprise me, the atmosphere was alive with the spirit of Spring.