A Walk in Victoria Park with Travis Elborough

It was the hottest day of the year (so far) when I joined author Travis Elborough for a stroll around the eastern half of Victoria Park in Hackney to talk about his book A Walk in the Park. The heat caused dogs to wallow in the Burdett-Coutts drinking fountain like furry urban hippos.

Travis is a wealth of information and the walk drew not just on the fascinating history of Victoria Park – London’s first purpose-built public park – but on the broader history of what Travis refers to as a “people’s institution”. 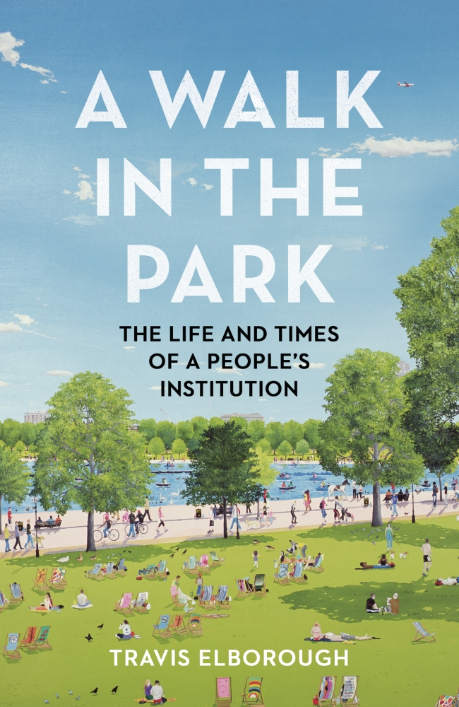 We visited the monkey puzzle tree which links back to Victorian plant hunting expeditions to South America, and the corner of the park once known as Botany Bay – apparently as it was the hideout of criminals. We dropped for a chat at the Bowling Club and baked in the English Garden and had to resist the temptation to jump into the Model Boating Lake.

Listening to Travis explain how modern parks had evolved from the fenced hunting enclosures of Norman barons to the public spaces of today – now under threat from government cuts – it seemed apt that our chat took place in the shadow of the large green fenced area of the park reserved for a series of musical festivals.

I can’t recommend this book strongly enough – a fascinating stroll through the cultural history of these beloved open spaces that we all too often take for granted.