I recently spent a peaceful week in Lower Fishguard, staying in a cottage used in the film version of Dylan Thomas’ Under Milk Wood. This meant we had a steady stream of people peeping through the lounge windows as they followed the local heritage trail.

The Pembrokeshire Coast is absolutely littered with standing stones, burial chambers and stone circles, one local told me that most fields in the area had some kind of prehistoric stone artefact in them. An archaeologist I spoke to explained that Neolithic and Bronze Age people traveled from all over Europe following the setting sun till they reached the most westerly point to bury their dead, hence the location of the numerous stone burial chambers overlooking the sea. 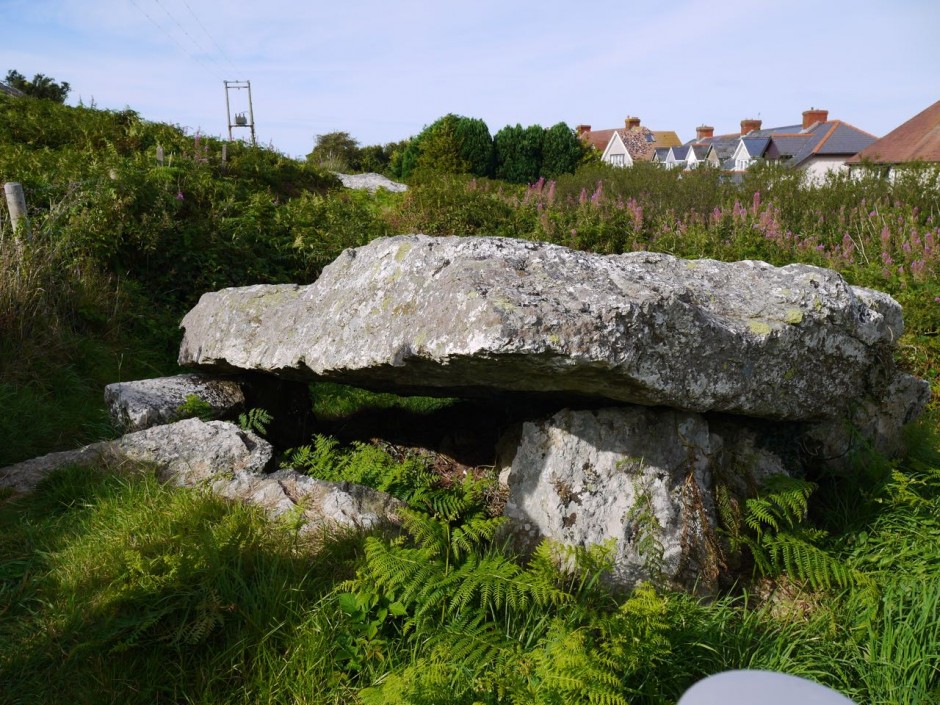 We took a family walk up the steep hill to the Garn Wen burial chambers or ‘cromlechs’ overlooking Fishguard Harbour. They were absolutely magnificient – now looking onto the back gardens of a housing estate rather than gazing out westwards across the sea. It’s interesting to think that this ‘remote’ location was so connected to continental people who would have barely stepped foot on the land of ancient Britain but who came here to bury their dead, creating a deep bond between this coastline distant lands. It’s a magical, storied landscape.