Will Self on “under-imagined” landscapes and “embracing the liminal”

Earlier in the year I dug out this unused footage from the interview I shot with Will Self for The London Perambulator in December 2008. He talks about his airport walks – one of which features in the film when I rendezvoused with him and Nick Papadimitriou on the canal near Wormword Scrubs and followed them along the towpath to Perivale, an episode that crops up in Will’s book Walking to Hollywood.

He also mentions some of the walks he’d taken in the past with Nick Papadimitriou –  “bisecting the Ridgeway at the concrete works near Princess Risborough and walking up into hills there, your stamping ground in fact John” – referencing the area around where I grew up and carried out a psychogeography project with my sister between 2004-05.

He describes these as Interzonal Walks.

The lure of such interzones is “our willingness to abandon romantic conceptions of both the urban and the rural and to embrace the liminal …. is a sign of that we are prepared to engage with the totality of our environment”. 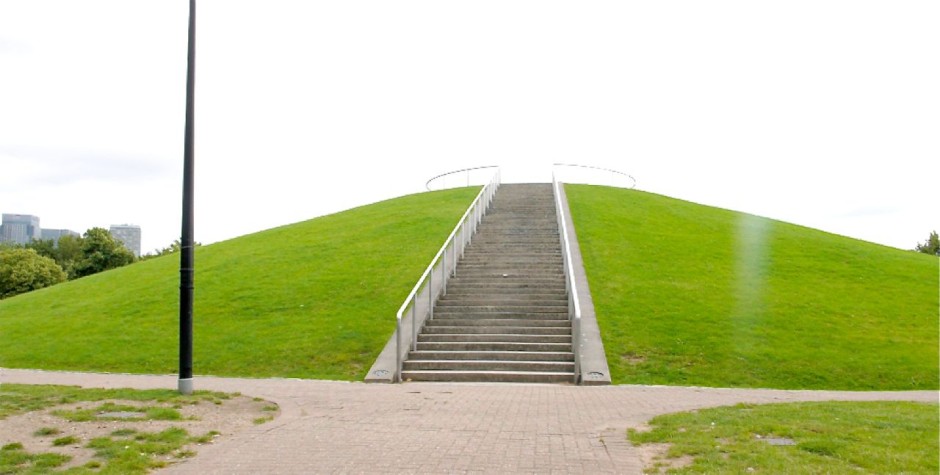 It was on the Refugee Tales walk that we ascended Stave Hill, Rotherhithe – a peculiar recently constructed mound in the centre of an urban park. Iain Sinclair remarked that we may be entering a new era of mound builders with Beckton Alp (a grass covered heap of arsenic) the Silbury Hill of this new epoch.

Taking in the view from the summit Iain says:
“The triangulation of the Shard, the Gherkin, and this new Omphalos – it’s trying rewire the psychogeography of London and undo the great energy lines and ley lines of Greenwich from the top of Greenwich Hill – this is the alternative thing and it’s deeply sinister.” 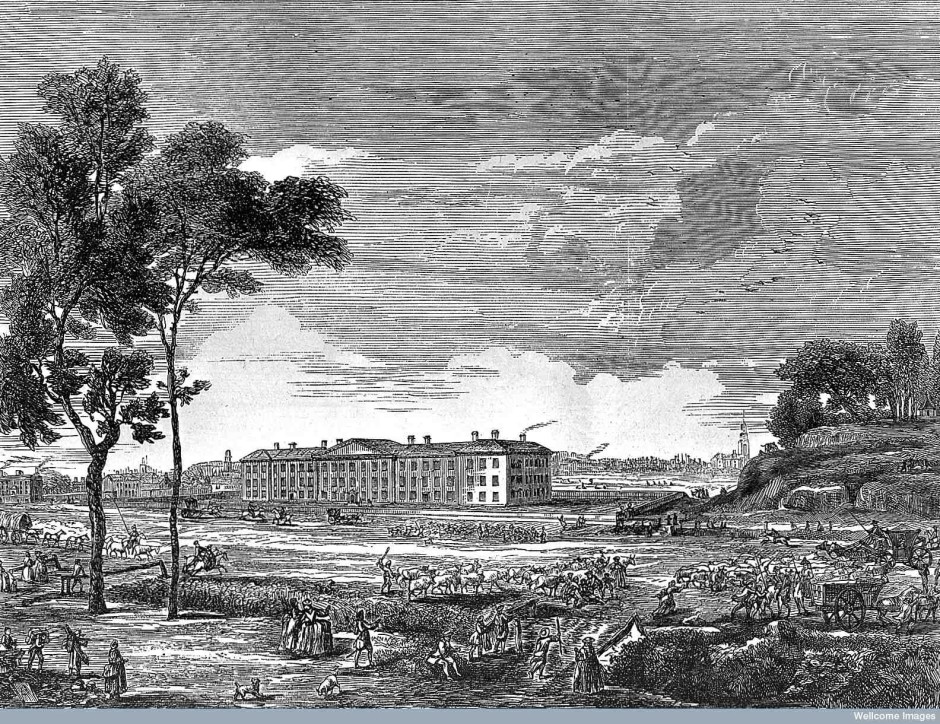 Iain then talks about the mound at Whitechapel beside the London Hospital.
“It was built up at the time of the civil war as a defensive mound against the Royalists and it stayed there until relatively recent times,” and although it was demolished “the sense of it is still there”.

He spoke of how the early foundations of London were based on the four principle sacred mounds of London as described by E.O Gordon in ‘Prehistoric London – its mounds and circles’, and the relationship between the mounds “and the geometric patterns that emerged. Now the Hawksmoor pattern that you could have seen from the top of Greenwich Hill has been obliterated by Canary Wharf someone’s got to set up a new system to replace it”, and the Stave Hill mound is part of that system. “So we’ll link this to Beckton Alp, which is a mound of arsenic and a few shells left behind by Stanley Kubrick after re-staging the Vietnam War”.

Iain had found traces of the palm trees Kubrick had planted around Beckton when using it as the setting for Full Metal Jacket. He was on a walk with film-maker Chris Petit from Aldgate Pump down to the sea and they found a strange park near Beckton Alp which had stubs and “dying remnants of the palm trees that Kubrick had imported from Spain to create a sense of Vietnam”.

He took Will Self to the gigantic Woolworths at the retail park at Beckton built on the site of the old gas works – apparently it reminded Self of America due to the scale of the store, “but yet you could actually could get a very good cup of coffee”, Iain laughs, “and a big collection of dvds, I liked it a lot, but then it disappeared.”

I’d forgotten about this short video I made in early 2010 after a trip out there. I was following Will Self’s footsteps on a walk through Downtown LA he’d written about in GQ – which is why I dug out the snippets of audio from summer 2008.

I’d only stumbled across the clip because I was clearing space on my hard-drive for footage I’d shot yesterday on a walk out to Crayford Ness and funnily on the way had been thinking about Will Self’s description of Grand Central Market in L.A.

Interesting how walking unifies all these threads and riffs just by putting one foot in front of the other.

Will Self and David Eagleman – life, death, afterlife

Whoever thought of putting Will Self and David Eagleman on the same stage should be entitled to the last jammy-dodger for the next 12 months. This video is only 10 minutes long but there’s more than enough to get your synapses humming.

I told my 7-year old son about Eagleman’s story Reversal from his book sum where the expansion of the universe stops, the arrow of time reverses you live your life again – backwards.

He said, “I hope that doesn’t happen”

“Why” I asked, thinking there was perhaps there was some existential unease

“Because I don’t want to have to play all those levels of Lego Pirates of the Caribbean again on the Wii …. and then Lego Batman, and then Donkey Kong Jungle Beat”

Will Self reads from ‘Walking to Hollywood’ 2

Will Self reads from ‘Walking to Hollywood’ 1